Limiting turnovers, utilizing new aggressive defensive style will be key to their success at home this week 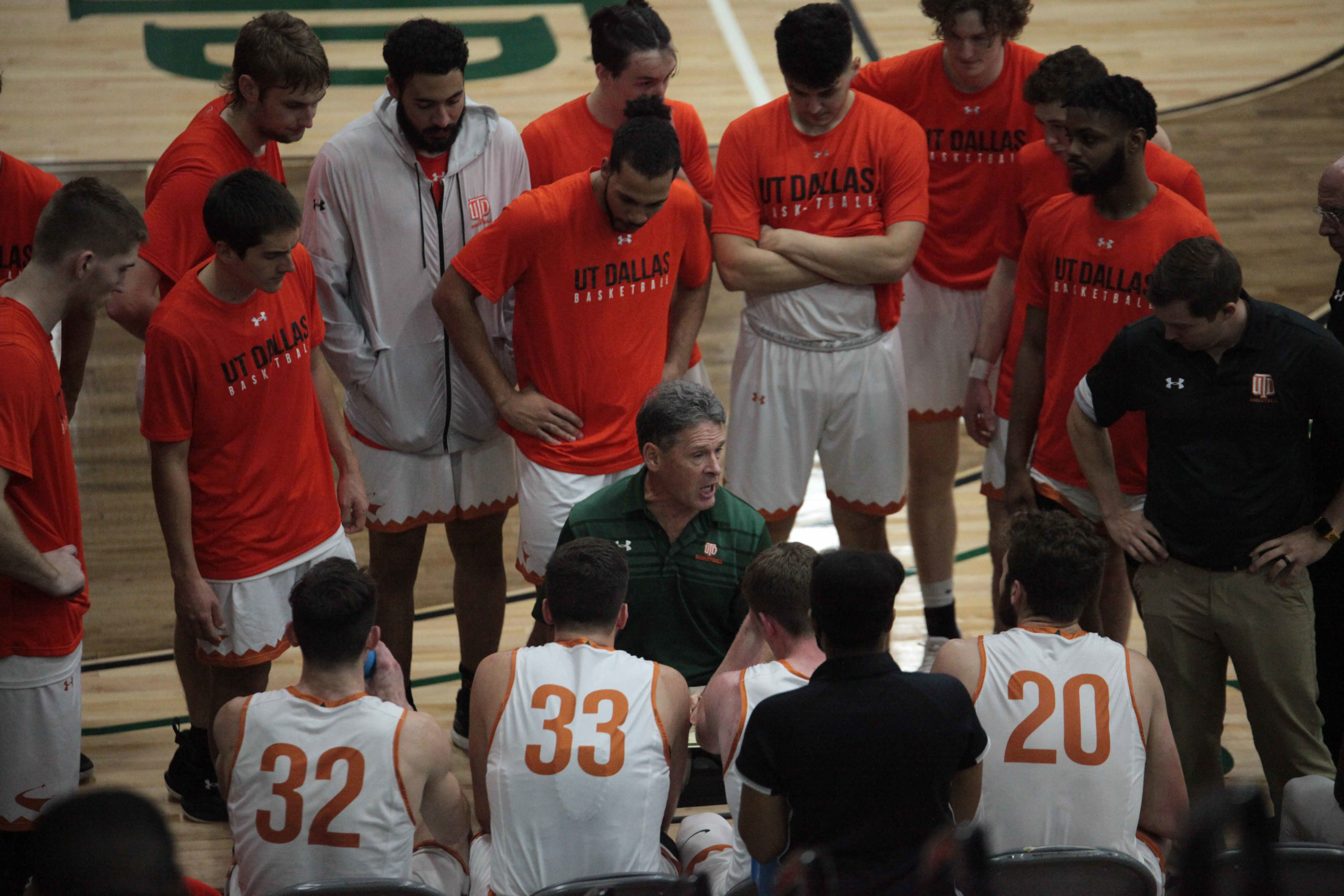 UTD Men’s Basketball is entering a make-or-break stretch of the semester, coming off of several days of no practice due to inclement weather. I sat down with Head Coach Terry Butterfield to talk about this home sprint.

Currently 8-5 in conference play, the Comets sit in fourth place in the ASC. While this would qualify them for a berth into the ASC playoffs, it would make their route back to the NCAA DIII Championships, which they most recently attended in 2020, much more difficult. Undeniably talented, the team has at times struggled to find consistency this semester. But with five games left to play in the season – almost all of them at home – Butterfield reports that now is the team’s chance to rewrite this season’s narrative and gather some momentum going into the conference championships.

“This stretch right here will basically define who we are. It’s going to be a monster of a schedule. We are going to play Sunday, Monday, Thursday, Saturday, Tuesday, Thursday – we’re basically playing a pro-like schedule, so we’re not going to be able to practice the way we want to practice.” Butterfield said. “And as I addressed my team the other day, we’ve got to play with urgency – at the end of two weeks, we could be in a very good place going into the conference tournament, or we could be in not such a good place going into the conference tournament. So, everything is basically up in the air.”

The Comets’ results have been mixed this season: close losses and inconsistent defense have cost the team opportunities to improve its standing in the ASC conference. Nonetheless, their talent has kept the Comets in contention, and they know what it will take to finish the season with a different narrative.

“We’ve had some really good moments. I think [our team] is committed, they’re passionate about wanting to be a real factor in our league. But some things have been tough for us,” Butterfield said. “We have tried to adopt a new style of defense this year with more aggressiveness. There are times when it’s been good, but we’ve been inconsistent to say the least. The other thing that has really hurt us this year is turnovers. In our losses, we have given up a lot of points to our opponents based on bad turnovers — that’s been a consistent theme when we’ve come up short.”

One thing the Comets have going for them: four of those final five games are slated to be at home. Butterfield says that makes a huge difference.

“We were literally on the road the entire month of January, except for one game. So, being at home, being able to just stay in the rhythm of your day, sleeping in your own bed, not being in a hotel, not being in a bus, I think that’s a huge deal,” he said. “And we talk all the time to our guys about the importance of getting a job done at home: you must defend your home court, bring a whole different dynamic knowing you’re at home.”

Games being played at home presents Comets a unique opportunity to turn out and support their student athletes, as well. While UTD isn’t known for its die-hard sports fans that travel to other campuses, those games – as well as the final games for the second-place Women’s Basketball team – will be played in the Activity Center gym, with free attendance for UTD students. The game schedule for both teams can be found on the UTD athletics webpage.

“Without a doubt, having enthusiastic students in the stands to support our guys [means a lot]: I cannot overestimate the impact that has on our kids. There’s nothing like playing at home in front of a good crowd that’s pulling for you and generating excitement to give you an edge,” Butterfield said. “Obviously this has been a trying year for everybody, again with COVID, but geez, having kids come out and support [this week] would give us a tremendous lift, in my opinion.”

All eyes will be on the team as they prepare for the ASC playoffs during Homecoming week, and this stretch should be an early indicator of how the team is feeling headed into the postseason.

“We’re totally in control of our own fate at this point,” Butterfield said. “And I think that they know that; hopefully we’ll respond with a sense of urgency to win these last group of games.”