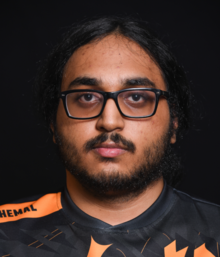 Today on Coach Check-in, I sat down with head League of Legends coach Hemal “Hemal” Salvi to discuss the beginning of the team’s season and its future.

I cast y’alls game the other day, and I saw that you were in the midlane. How did that happen?

So in the tournament we’re in, basically our midlaner Good Sir was out of town for a business trip. And so I was in as the substitute midlaner.

And how do you think that went?

It was okay. I think I had some fun, despite the loss. Still got one win. You saw that ryze triple kill in the base? That was pretty fun.

That was entertaining for sure. But with the full starting roster, how are you feeling about the team this year and how far you guys are going to go?

Currently I’d say we’re still making a lot of fundamental mistakes. We’re still gelling as a roster. We’re making our final roster decisions right now actually, and I’m hoping that once we have everything set and prepared going into the rest of this semester and next semester, we’ll be able to start improving at a pretty fast pace and reach the level we want to be at, which is having solid fundamentals, having your players in good spots in their lanes and every matchup and just overall being a well-polished team.

Do you think you’ve already seen some kind of play style emerge for the team or are you trying to be fairly flexible with your champion pools and how you play?

Right now? We’re a little experimental with the team. There definitely are some trends though. We usually have our jungler Ryan on an enabling pick. We usually have him as the focus for early games and are playing through or with him, and we usually have Jraff on a scaling carry champion to serve as a late-game carry.

And you said tryouts were still going on. What players are you still trying out for right now?

We still have two supports we’re choosing between, TreeKangaroo and kr4zykilla, so we’re wrapping up that decision right now.

And otherwise, everything else is pretty much locked in then. What tournaments are you guys going to be playing in?

How do you project you guys will do this semester with a few new teammates and trying to lock down all your fundamentals?

I’m not sure about the Riot CLoL fall tournament; I don’t know the format of that or anything, but for Upsurge, I think we’ll make it to playoffs. And I think we’ll go pretty far in playoffs. I’m pretty confident in our ability to improve and start winning at Upsurge fairly soon, so I think that if you just keep watching us at Upsurge, you’ll see us probably hit at least semi-finals if not win the whole tournament.