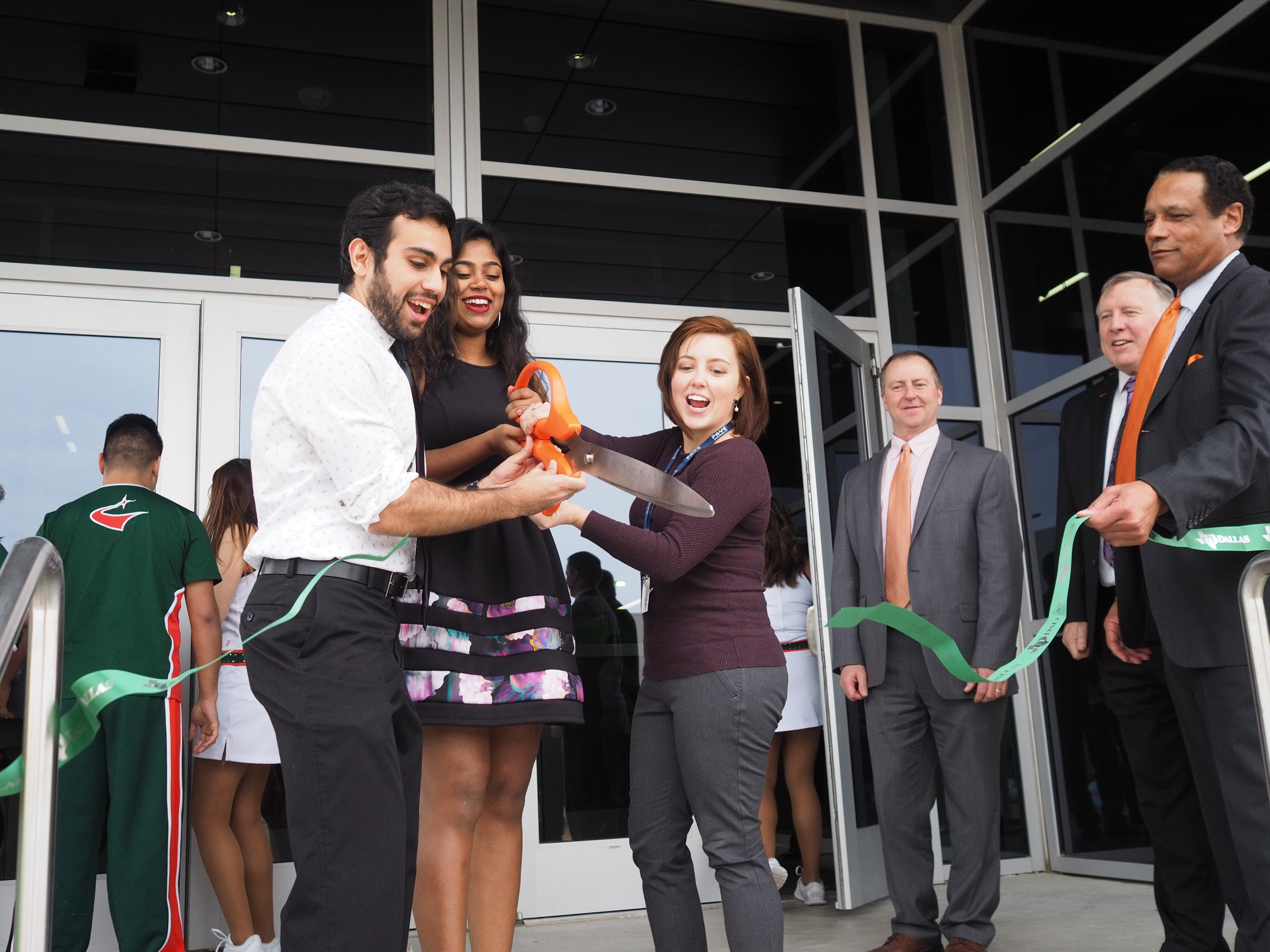 University officials and student organization leaders hosted a ribbon cutting event to celebrate the opening of the Student Services Building Addition on Feb. 2.

The addition is 68,000 square feet and contains a 530-seat auditorium, open study spaces, a “Grab and Go” food location and a gaming wall.

Calvin Jamison, the vice president of administration, said the plans for the building began almost as soon as construction on the Student Services Building was completed.

Before the opening of the SSA, there were a lot of student organizations on campus that did not have a place to consistently hold meetings or events. Student Government President Akshitha Padigela said this new building would help alleviate this issue.

“With so many new meeting spaces I think it would really make them thrive,” she said.

Many campus organizations are in the process of moving their offices to the SSA, such as the Comet Center, the Student Union & Activities Advisory Board, the Office of Student Volunteerism, the Center for Students in Recovery and the Veteran Services Center — which has been renamed the Military and Veteran Center.

The gaming wall features a large screen in an open area where students can play video games. There will also be events hosted there.

The auditorium has a state-of-the-art sound system and will be used for events such as student orientations.

“There wasn’t a place where students could go watch a movie or have orientation, or have a facility on campus that was more state of the art,” Jamison said. “It was very important, we believe, as we began the design process that there was that open space.”

Last year’s SG leadership was involved in some of the design process, providing suggestions on what they thought should be included in the building.

“(They) were able to say, ‘We want more study spaces, we want more areas where students can eat.’ The SU is getting very full and it’s very hard to study a lot of the time,” Padigela said.

This new building was built with students in mind, Jamison said.

“Having gone from 14,000 students to now today almost 27,000 students, it was important we have a space that’s very student-centric,” he said.