A forum to gather input and inform attendees on legislation S.B. No. 11 was hosted on September 22 in the Edith O’Donnell Arts and Technology building. This legislation makes Texas the ninth state to allow concealed handgun license owners to carry concealed weapons on public university campuses.

UTD faculty, staff and students, as well as members of the community gathered to attend the Campus Carry Town Hall Meeting.

Campus Carry Legislation Liaison Alex Piquero, University Police Chief Larry Zacharias and President ad interim Hobson Wildenthal facilitated the forum. The first fifteen minutes of the meeting were allotted for brief speeches given by each member of the panel.

“This is a chance for us to exchange views,” Wildenthal said.

According to a non-negotiable timeline enacted by the state, by Nov. 1, all public university campuses will work with UT System Administration to try to recommend potential exclusion zones. The UT System would like to maintain uniformity across all the campuses, yet also recognize that some campuses have certain regulations that others may not.

“Our number one priority is safety,” Piquero said.

Zacharias discussed the history behind the legislation and the concealed handgun.

When George Bush approved the bill as a governor, the topic of carrying a concealed handgun gained traction and triggered an argument between those who opposed the bill and those who supported it.

The second portion of the forum was designated for a Q&A session. Questions ranged from where the exclusion zones will be and how those will be identified to whether there will be training offered to the UTD community on how to handle alarming situations. Supporters and non-supporters of CHL also had the opportunity to voice their opinion.

“I do not want to have office hours for the students carrying a gun,” said Assistant Professor of Behavioral and Brain Sciences Rob Ackerman on behalf of his colleague who was unable to attend the meeting. “I would like to state this in my syllabus as well as post a note on my door.”

Staff concerns were also expressed and recommendations were made on exclusion zones.

“I highly recommend that the entire SSB building be an exclusionary zone because there is also the Financial Aid office where I work,” staff member Matt Brown said. “When you mix financial aid (such as) refund checks, it’s obviously a highly volatile environment. Incorporating guns is not a good idea.”

Students had the opportunity to voice their perspective on CHL carriers as well.

“I just wanted to remind everybody who your concealed carriers are,” said psychology junior Angel Staten. “We’re human, we get angry at things every day. We don’t go off and pull out our weapons on people when we’re on parking lots on campus or when we’re driving down the street or in any of the many places where we face situations that might upset us. So as far as professors being upset or scared [about] what might happen in their offices, it’s really a non-issue.”

UTD will formulate a preliminary list of campus plans by December and will receive feedback and send back a final plan proposal to the UT System Administration for review by the Board of Regents early next year. S.B. No. 11 will be implemented by August 2016. 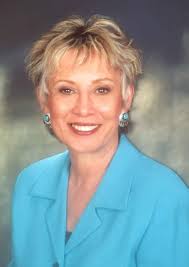