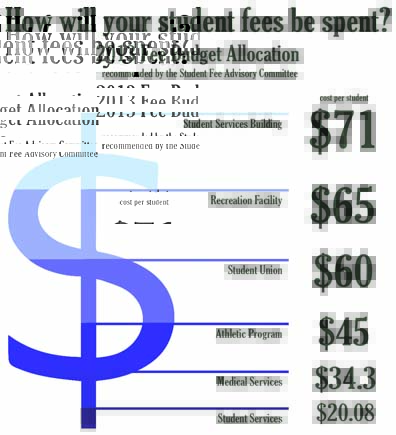 According to data obtained from UTD, the largest percentage of student fees is dedicated to funding the Student Services Building. From FY11 to FY13, Student Government has seen a 4 percent decrease in funding, while the Student Success Center has enjoyed a 50 percent increase in funding dollars.
Archives

Despite budget cuts and tuition increases, student fee funded organizations and events such as SUAAB and campus events has increased in the past two years, while SG and Residential Life have received less funding.

Undergraduates attending UTD under the guaranteed tuition plan might be paying up to 9.5 percent of their fees toward student fee services, according to figures listed in the Student Fee Advisory Committee’s budget allocations for fiscal year 2013.

Assuming that an average undergraduate student enrolls for 30 credit hours per year (12 each in fall and spring, six in summer), $195 of the total student fees paid per student is used toward the Recreational Facility, another $213 is used toward the Student Services Building itself.

The Recreational Facility Fee is to be used primarily for Activity Center operations, but also includes the Tennis Court Project, maintenance and utilities. Each student currently pays $65 per semester. However, if the referendum that went to vote during the 2012 SG elections is approved by the UT System Board of Regents, students will pay an increased Recreational Facility Fee funding of $136 per semester per student.

This fee is separate from the fee for the Athletics Program, which is expected to spend $2,133,239 for this fiscal to cover expenses for different sports played at UTD and the operations itself. This fee constitutes only 9.4 percent of the amount received toward student fee funded organizations from each student.

However, almost 42 percent of the $1,438.59 paid by an undergraduate student toward student fees is used to fund different student services. These services include the Career Center, the GEMS Center, the Multicultural Center and the office of the dean of students, among others.

The total amount allocated to student services for the year is $8,396,732, of which the Career Center is expected to use up more than 10 percent. The GEMS Center and Student Counseling Center rank second and third, respectively, in their estimated budgets ($591,208 and $570,434).

According to the budget allocations for FY11 provided by Gene Fitch, dean of students, the budget for the GEMS program has increased by almost 50 percent since 2011, while that of the Counseling Center has more than doubled in the past two years.

Campus events such as Homecoming Week and Welcome Week have been allocated a total of $148,700 for the FY13. Despite budget cuts, this indicates an increase of roughly 19 percent in the estimated budgets for such events since 2011, when the total funding allocated for Campus events was $125,000.

Meanwhile, SG has been allocated $206,208 for this fiscal year. Most of the money allotted for SG is used toward different SG projects such as the student attorney service, free blue books and SG events, said SG President Rajiv Dwivedi, in an email to The Mercury. Dwivedi was unable to provide a more detailed break-up of the SG budget as he was out of office at the time this issue of The Mercury went to print.

SG’s budget, however, has decreased by 4 percent since 2011, a fact SG has repeatedly drawn attention to in the past year with its cost-cutting moves, particularly the decision not to make scantrons available to students anymore.

Allocations and expenditures of student fee funded groups and organizations for FY12 have not been made available by the university to The Mercury for comparison at the time this paper was published, despite a FOI request filed asking for the same. 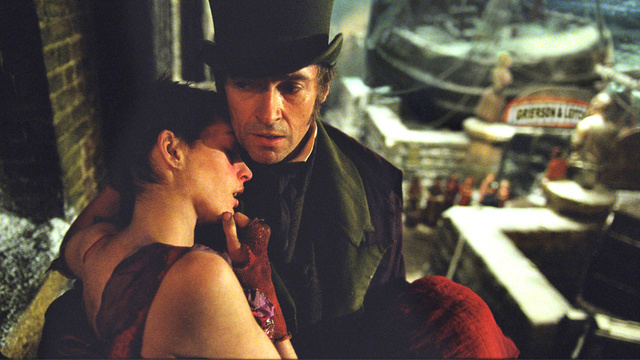