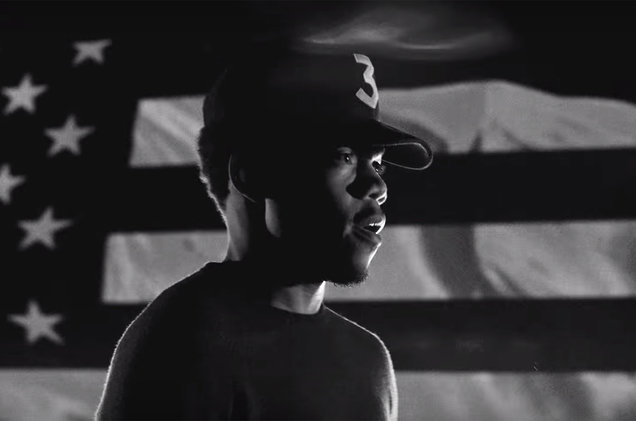 Between the Lines: Why Chance the Rapper had the best song of the summer

Something about summer brings out the best music from artists. Every year, a new rat race begins to see who will have the season’s best tune.

This year, artists like Frank Ocean, Drake, YG, ScHoolboy Q and Beyoncé gifted mankind with endless melodies that soundtracked endless days and nights that never seemed to end. Out of all these hits, however, one song stood above the rest. Surprisingly, the song wasn’t even a song. It was a commercial.

Ever since he released “Coloring Book” earlier this year, Chance the Rapper has owned the mantle of the world’s best rapper. His mix of wit and beyond-his-years wisdom have resonated with people across the world, from twenty-something bloggers like myself to the freaking President of the United States.

Then, during the height of Olympic hype, Chance released an untitled song for Nike’s Olympic campaign.

Shot in a piercing black and white, images of the United States men and women’s basketball teams paint the empty buildings of American towns and cities, all while Chance spits a rhyme written from the perspective of everyday Americans cheering them from the sidelines.

The first time I saw the video, I honestly had to resist breaking down in front of my coworkers. The song is basically the new national anthem and if it doesn’t leave you feeling like you should ride on the back of a gigantic Bald Eagle while waving the Star Spangled Banner, then you may be a communist or maybe British.

But that’s not what makes it the best song of the summer. See, Chance leads the league in dropping lines that have made me scrunch my face and bob my head back and forth approvingly. (E.g. “I don’t believe in science, I believe in signs” or “Told me these groupies can’t hurt me/I just might make me some Earl tea/ I was baptized like real early/I might give Satan a swirlie” or “I don’t make songs for free, I make ’em for freedom“)

Out of all these gems, however, Chance’s best line in his career comes at the 0:48 mark of the Nike ad.

“We want a W, we tired of picking different sides/ I got your jersey, just a different size.”

Sitting on it for a few days, I found three different meanings to this different phrase, each deeper than the last.

First, Chance is talking about the different athletes from across the country who come together every four years to play for the United States, often competing against one another just to get a spot on the roster. Still, they put all of that aside to come together and wear a jersey with one single logo: the American flag.

That by itself is enough to make the Statue of Liberty shed a tear, but then there’s the line’s second meaning. When Chance says “I got your jersey, just a different size,” he’s talking about the fans who can say for the first time they are on the same team as their idols. When someone like Kyrie Irving or Sue Bird puts on a jersey with USA on the chest, they’re not representing a private franchise. They’re representing us. As a matter of fact, they’re one of us. As Americans, we wear the same jerseys they do everyday, just in different forms and sizes.

Then there’s the third meaning, which is great because it has nothing to do with basketball or Nike. It doesn’t even have anything to do with sports. Chance saying we’re tired of picking different sides takes on a heavier meaning in an election year stained by division. We’re faced between two candidates with some of the lowest approval ratings in the history of our country. That makes the next half of the bar, where Chance proclaims ‘I got your jersey, just a different size,’ all the more profound. It doesn’t matter whether we wear red, white or blue because at the end of the day we’re all representing the Red, White and Blue. Chance is pleading for us the remember that no matter how wide the rifts between us get, we have to come together to make this whole democracy thing work.

The problem with all of this is that Nike made the wrong commercial. Imagine if, instead of Carmelo Anthony, the ad featured a mother picking up another shift at work to pick up some extra money for her child’s college fund. Imagine if, instead of Elena Delle Donne, Nike got footage of an young immigrant nervously walking into her first day of school without even a single word of English in her vocabulary. Imagine if, instead of a reflective Kevin Durant, the commercial gave the spotlight to the teachers who fight for their students and realize they’re more than a test score.

Now imagine that’s the commercial we got. That makes the chorus of ‘We the People would like you to know/ That wherever you go, we’re right by your side’ mean a whole lot more than a simple sneaker commercial can convey.

But that’s what makes Chance a genius. He used a shoe commercial about athletes to release a song about why America is already great. Without anyone really noticing, Chance the Rapper made one of the greatest cases for the American experiment since the Founding Fathers. And he did it while wearing a dope pair of Air More Uptempo’s and a New Era fitted.

I don’t know if Chance intentionally made the lyrics this deep, but I like to believe he’s too sneaky and smart for this to all be a coincidence. There may have been more fun songs this summer, but Chance made the song we needed.

Lost in a sea of everything

Esteban Bustillos, enjoyed the insightful manner in which you deconstructed this artist’s work. Your own style of writing (edgy, upbeat with just the right mix of wit and erudition) makes for informative, thought-provoking reading.