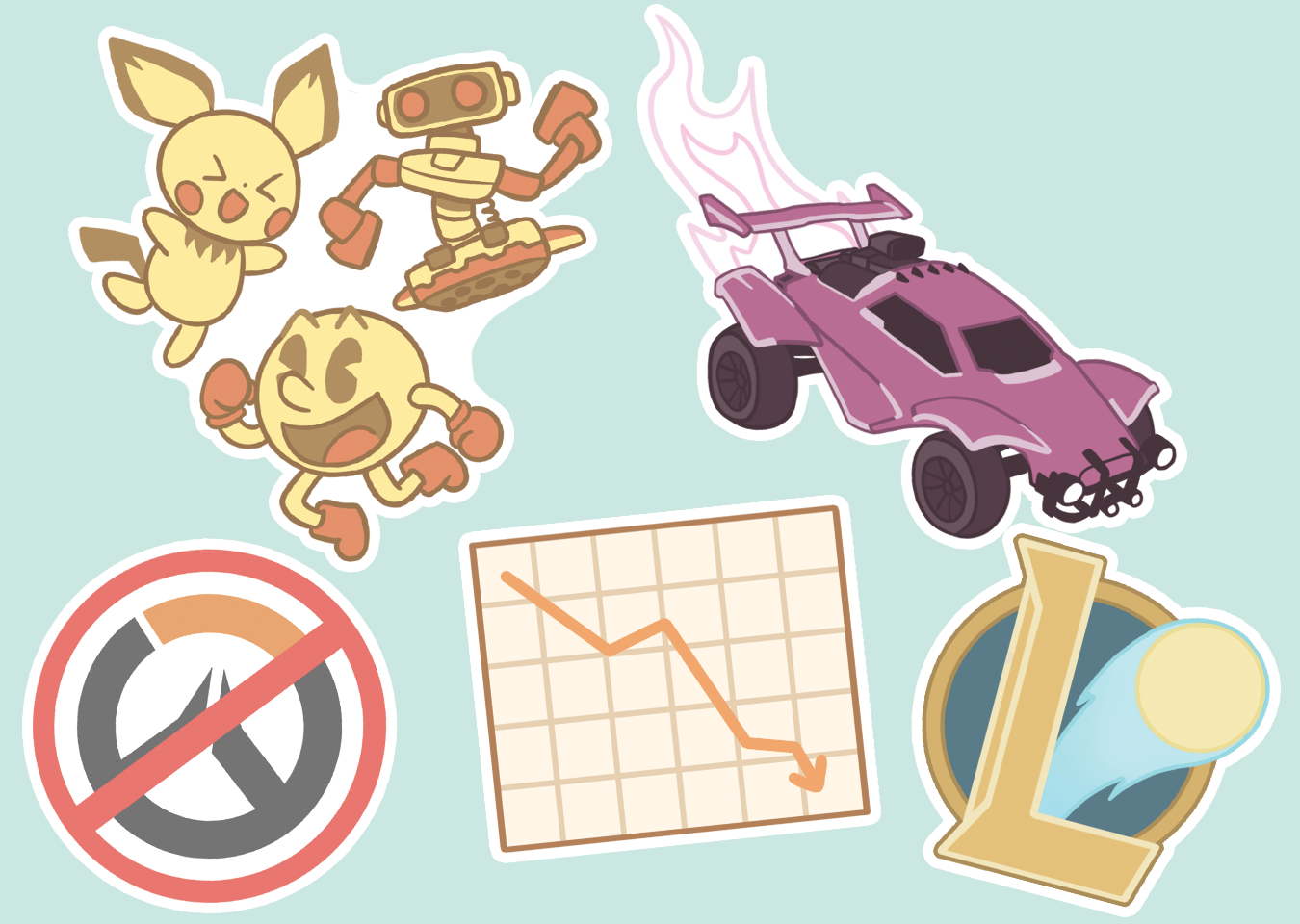 With the tentative return of in-person events, the esports scene has been eager to get back into offline tournaments and big LAN competitions. As we settle back into a pseudo-norm of “classroom de-densification” and other restrictions, here are three wins and two losses from esports for a best of five.

A long time ago in an interview during the fully online Smash era, Marce told me that Pichu was a bottom 10 character online and a top 10 character offline. He then proceeded to win the online national championships anyway with the rest of the UTD Smash team, which goes to show how good they all are. UTD has been a weekly presence in the top eight banners of nearly every local DFW tournament, with the recent tournament wins including Marce’s 3-0 win over Cheeks at Super Smash Odyssey and Kazma’s 3-1 win over Skitz at Weeb Con. With the return of head coach Greg “gurg7” Adler to the fold, there’s never been a better time to go to Freaks Richardson on Thursdays to see the action unfold.

It was recently announced that the Overwatch League (OWL) Playoffs would be held in person at the Esports Stadium in Arlington, which implies a new flood of people wanting to shake off quarantine jitters by cheering live for their favorite teams. Unfortunately, this alongside the new rise of COVID-19 Delta variant cases led to the decision by UTD’s Overwatch team to not attend the upcoming HUE Fest LAN, which is a shame. UTD has proven itself to be a top contender in the collegiate space, and not going to HUE Fest is something that any UTD fan should be disappointed with. (Please go get vaccinated.)

The “Rocket League” team has had an eventful summer, winning the Rutgers Invitational and capping off their CCA Summer Series league play with a close win against local rivals UNT. Now, if they want to make it to the final playoffs bracket of the CCA Summer series, they’ll have to break out of the Western playoffs bracket with at least one best of five win and one best of seven win. The most exciting timeline is UTD winning the entire bracket and not worrying about a thing. By the time you read this, UTD *should* have already qualified though, so look forward to the final bracket in September.

OWL sponsors pulling out of the league

Following the recent sexual harassment lawsuits against Activision Blizzard, key corporate sponsors including Coca-Cola, Kellogg, T-Mobile and State Farm have paused or pulled out of sponsoring the league, potentially foretelling further troubles for the league. It is a coincidence that the two losses this column are associated with Overwatch, but even as a whole, Overwatch does not look to be in the best spot right now. With “Overwatch 2” at least two years away and no immediate real answer to the lawsuits in sight, Activision Blizzard is looking a little bit too much like a dumpster fire to find more funding for OWL.

From winning a best of five in 34 minutes to attending the biggest collegiate LAN event in recent history, UTD’s Comets on Summoner’s Rift have had a busy summer. We’ll be expecting new members on the team soon, with tryouts still ongoing, but we’ll also be expecting an entirely new team on campus. The UTD LoL Club will be fielding their own club team to attend collegiate events, and it’ll be interesting to see how far both teams go whenever tournaments start firing back up this fall.