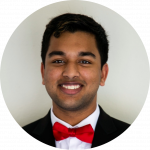 Before I began attending UTD — and before the thought of rushing a fraternity had even crossed my mind — I had been told multiple times by friends about certain fraternities and sexual assault allegations. I didn’t realize the extent of the problem at that time, but after joining my own fraternity, I realized how Greek life can be abused to commit horrendous acts. While I don’t believe that fraternities and Greek life should be banned, I think it’s time for us as fraternities to take a harder look internally and see what we can do to prevent these crimes from occurring.

Before moving on, I think it’s important to look at the statistics regarding Greek life and sexual assault. Fraternity men are three times more likely to commit sexual assault than male college students who are not Greek. Furthermore, the women in sororities that we interact with on an almost daily basis are 74% more likely to experience rape than their non-Greek peers.

At this point, I think it’s pretty clear that as men in fraternities, we have a responsibility not just as moral human beings, but also as fellow Greeks to do something about these statistics. Sexual assault isn’t just limited to Greek women: one in five women will be sexually assaulted during their four years at college. These statistics underscore the fact that as brothers we need to do something about this, otherwise our talk of brotherhood and being men means nothing.

There are quite a few actions that we can take to make sure that the thread linking sexual assault and fraternities no longer exists. Many of these have either already been implemented by my own fraternity (Delta Epsilon Psi) or are in the works right now. The number one action we can take is implementing a zero-tolerance policy within our organizations, where if an individual is to come out and accuse someone who is a brother, that brother needs to be placed on immediate suspension until a thorough investigation is completed. While I don’t know what it is to be in a victim’s shoes, I can empathize with every single one of them. We as brothers must stand by them and allow each case to be fully heard and make sure appropriate action is taken.

On top of this policy, I believe that internally we need to create a culture where brothers check up on each other and prevent incidents from occurring in the first place. This would require greater risk management, but it is worth it if even one incident of misconduct is prevented. Further, if an incident does occur, we must be able to hold each other accountable. It is possible individuals might know of incidents but don’t come forward on the basis of “brotherhood,” but that is not what brotherhood is. Our brotherhood, as a fraternity, is based upon being moral men who set high standards for both ourselves and our brothers. This is why we must be able to hold each other accountable and lift the voices of survivors who do choose to speak out.

Recently my fraternity also released a statement on our Instagram which stated our support for victims and survivors who bravely decide to come forward and share their stories, and emphasized that it is our duty to always listen to them. As a member of the executive board, I have been involved with creating a culture of accountability within our fraternity and soon I hope to be able to bring in speakers to talk about rape and consent. I know that it is important to both me and the rest of my brothers to play our part in ending this link between fraternities and sexual assault. The benefits of Greek life are immense and the fact that being in a sorority correlates with higher risk of sexual assault is disgusting.

I urge the fraternity men who read this to create conversation in your own chapters about sexual assault and push a culture change. It is our responsibility as brothers at both UT Dallas and around the nation to prevent sexual assault, and stand with survivors.

Likhit Agrawal is a neuroscience sophomore from the DFW area, and a member of the Delta Epsilon Psi fraternity on campus.