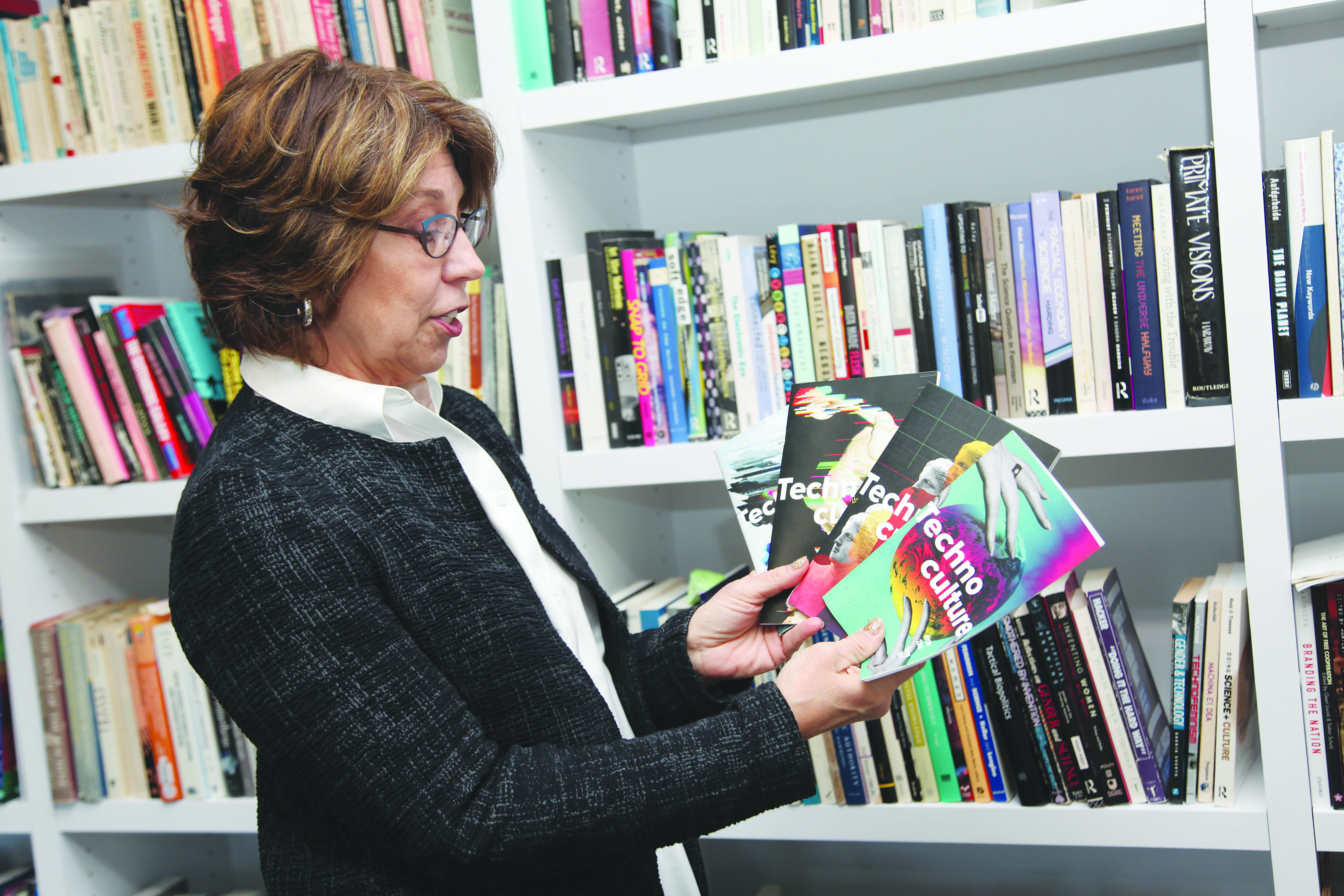 ATEC Dean Anne Balsamo said she is working to respond to the concerns students mentioned in the petition. Photo by Anna Schaeffer | Mercury Staff.

A group of ATEC students created a petition raising concerns and complaints about their school.

The group, called Concerned Students of ATEC, created a website and circulated the petition, calling attention to what it calls the “overall instability and irrelevance” of their school, according to a Feb. 6 press release.

Founded in 2015, ATEC — the School of Arts, Technology and Emerging Communications — offers an undergraduate Bachelor of Arts degree through a program designed to teach students “foundational skills in media studies, cultural theory, computer programming and creative production,” according to the ATEC website. The circulating petition states this degree description is false advertising, and the website for Concerned Students of ATEC lists specific recommendations for its vision of the school.

After her appointment as the inaugural dean of ATEC in 2016, Anne Balsamo developed a three-year plan to develop curriculum infrastructure, build culture and market ATEC to the DFW metroplex and the world. She said she understands where the students’ concerns come from and hopes to address their suggestions fully.

“I’m excited about engaging these questions,” Balsamo said. “We’re on it, and it actually takes a little bit more behind-the-scenes to get where we want to get to, which is very much in line with what they want.”

Balsamo said the student petition provides feedback that will help her advocate for their needs to President Richard Benson and Provost Inga Musselman. She said it also shows her that students may not know what ATEC already offers.

Concerned Students of ATEC did not respond to requests for an interview, but primary concerns listed in the petition included too-large class sizes and courses dropped from curricula, restricting individual learning.

“Design is the backbone of ATEC, and that curriculum has not been as carefully created as it needs to be,” Balsamo said. “It was like patchwork. So we took a step back — and this is part of the ‘dropping courses’ and larger course size — and putting in place kind of foundation courses, eliminating redundancy, which is why some courses went away.”

ATEC revamped all sound design courses last year, including those teaching audio playback and sound mixing equipment, but that meant classes could not be offered in sound design during the transition period. Additionally, a new user experience and user design lab is now up and running but has not yet been integrated into the curriculum. Balsamo said the school had to comply with the university’s mandate on course sizes, and ATEC is still in the process of building up its faculty to teach advanced courses.

“It’s part of the growth of ATEC that is absolutely top priority,” she said. “That’s the message that I will want to talk with students at the town hall about.”

The student petition also expressed concern about job availability for ATEC students following graduation. On a Reddit post about the petition, one commenter wrote that the inability to specialize in a topic contributes to the difficulty many ATEC graduates experience when it comes to finding a job.

Balsamo said the school is currently performing market research on job availability for ATEC graduates who have different kinds of design expertise.

“I need to make sure we’re matching what we’re doing with what jobs are out there,” she said.

Recommendations from the petition website also included the creation of an Industry Advisory Council to draw feedback from industry professionals on the relevance of ATEC course content. ATEC launched an Industry Advisory Board in September of 2018 and continues to invite and confirm members of the board. Concerned Students of ATEC also requested the development of a Dean’s Advisory Council composed of students.

“There’s a structure for an Advisory Council that is not on my plate to start,” Balsamo said. “It’s on the students to self-organize. No one will resist it, but if I were to pick the people it would only be those who I know.”

She said ATEC graduate students recently formed a Graduate Student Council with elected officers, a group that has already advocated for change in the school.

“I take (the concerns) seriously and these are very thoughtful suggestions,” Balsamo said. “What I’m hoping is those who are concerned could come to the town hall and we can discuss them more broadly.”

The upcoming town hall meeting will take place March 28 at 11 a.m. in the ATEC lobby. All students and faculty are welcome to attend and discuss concerns. 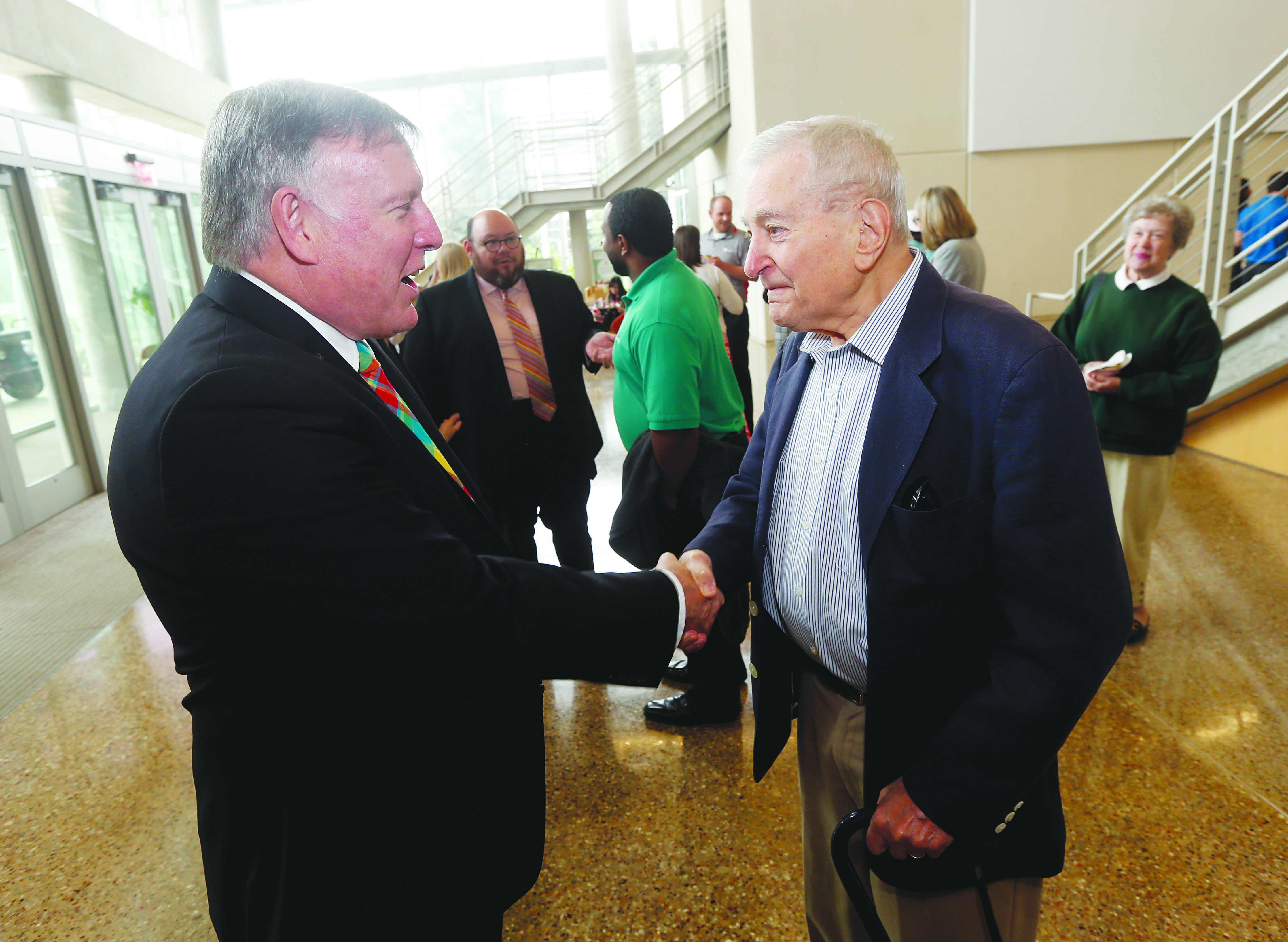