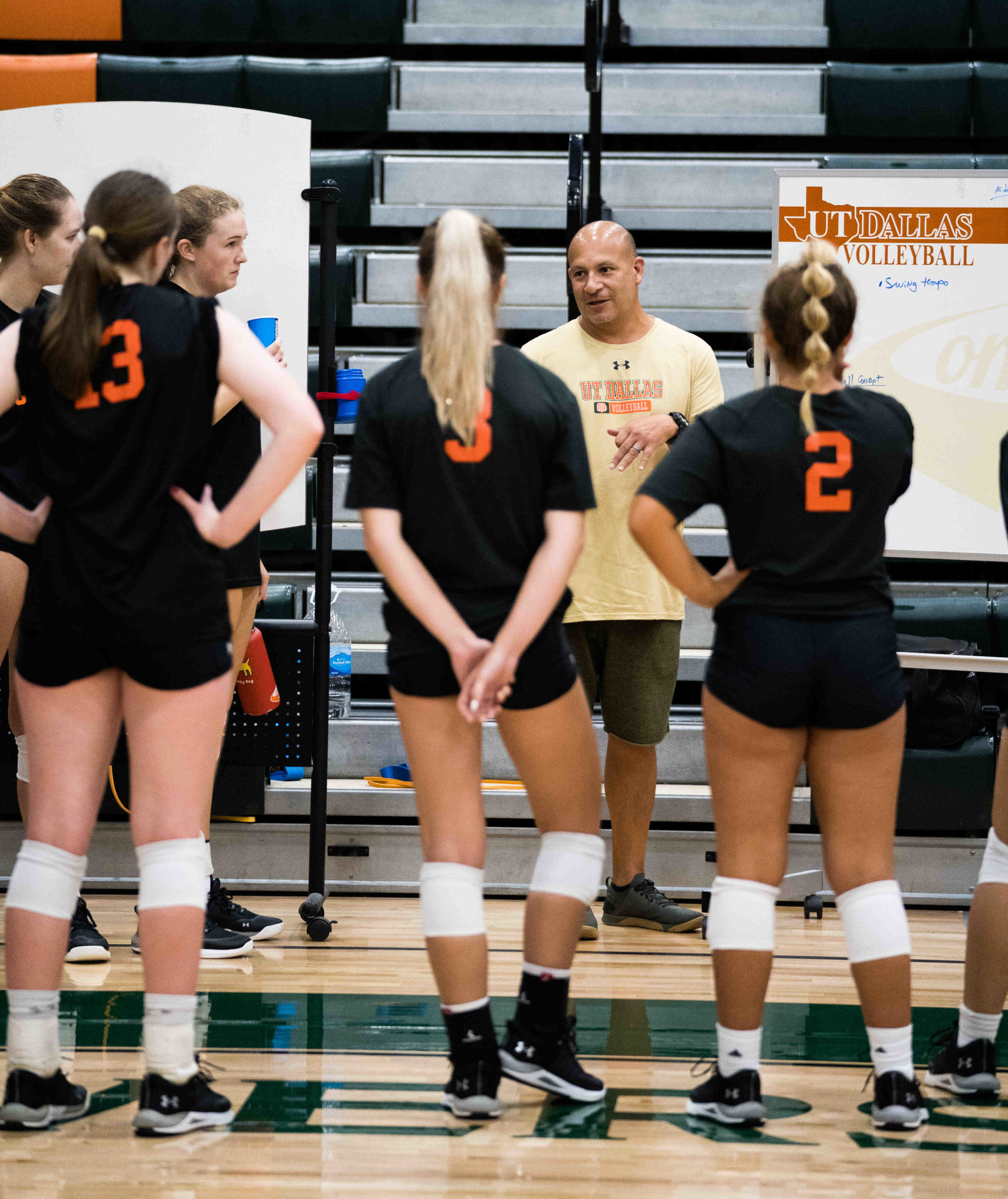 In his first year as head coach, Zachary Villarreal hopes to continue the historic success of the UTD volleyball program.

Villarreal has been working with the volleyball program as the assistant head coach since its inception in 2004. As the right hand man to former head coach and founder Marci Allison, Villarreal’s 18 years of loyalty made him a natural replacement once Allison was promoted to associate athletic director this summer. Having met Allison at Angelo State University, Villarreal cites the university as one of the major reasons he first got into volleyball.

“I got started back at Angelo State, that’s where coach Allison and I first met,” Villarreal said. “I got involved with volleyball at Angelo State starting my freshman year in college. As a helper, I would just go in and toss balls and kinda just be around. That’s how I started to learn the game and see how practices ran and what drills to do and what position I wanted to work with … when Marci got the job back in 2004, [she] hired me as the assistant and [I] just kinda stayed here ever since.”

Villarreal’s promotion represents the first-ever coaching change in UTD volleyball history. Luckily, this changed dynamic hasn’t been too harsh on the newly appointed coach, as Villareal said his longtime role as assistant left him well prepared.

“I was fortunate enough to have a lot of input and have a lot of responsibility as the assistant,” Villarreal said. “Being here as long as I was able to be here, I think the transition is more of the team getting used to the change in the role, getting used to me in that position and figuring out things aren’t exactly the same.”

Alongside the role change, Villarreal said it is important to establish a new coaching philosophy, as a philosophy serves as a framework for everything a new coach hopes to accomplish. Drawing from what he learned under Allison, Villarreal hopes to carve out a better relationship with the team in order to propel them to success.

“The biggest thing that we say is ‘Volleyball is very parallel to life,’” Villarreal said. “We have standards for success that Marci helped develop and we got to input on that and we’ve carried it forward, and it’s just a lot of common sense things. Be on time. Be respectful of the clock. Be a good teammate. When you graduate from school, and you’re gonna go probably work somewhere where you’re gonna have to work with people, so I think the sport allows you to either enhance what you may be good at or teaches you how to be better at something that you may struggle with, and so having to work with people in a group setting prepares you for life and being responsible.”

Considering UTD volleyball’s seven ASC Championships and 419 wins under Allison, the team has a high standard to meet. However, with an early 8-1 record in conference and an 11-4 record overall, the team seems to be moving in the right direction under new leadership and a new philosophy. Despite the team’s initial success, Villarreal recognizes there are still many games left to play.