What it is, how to deal with it 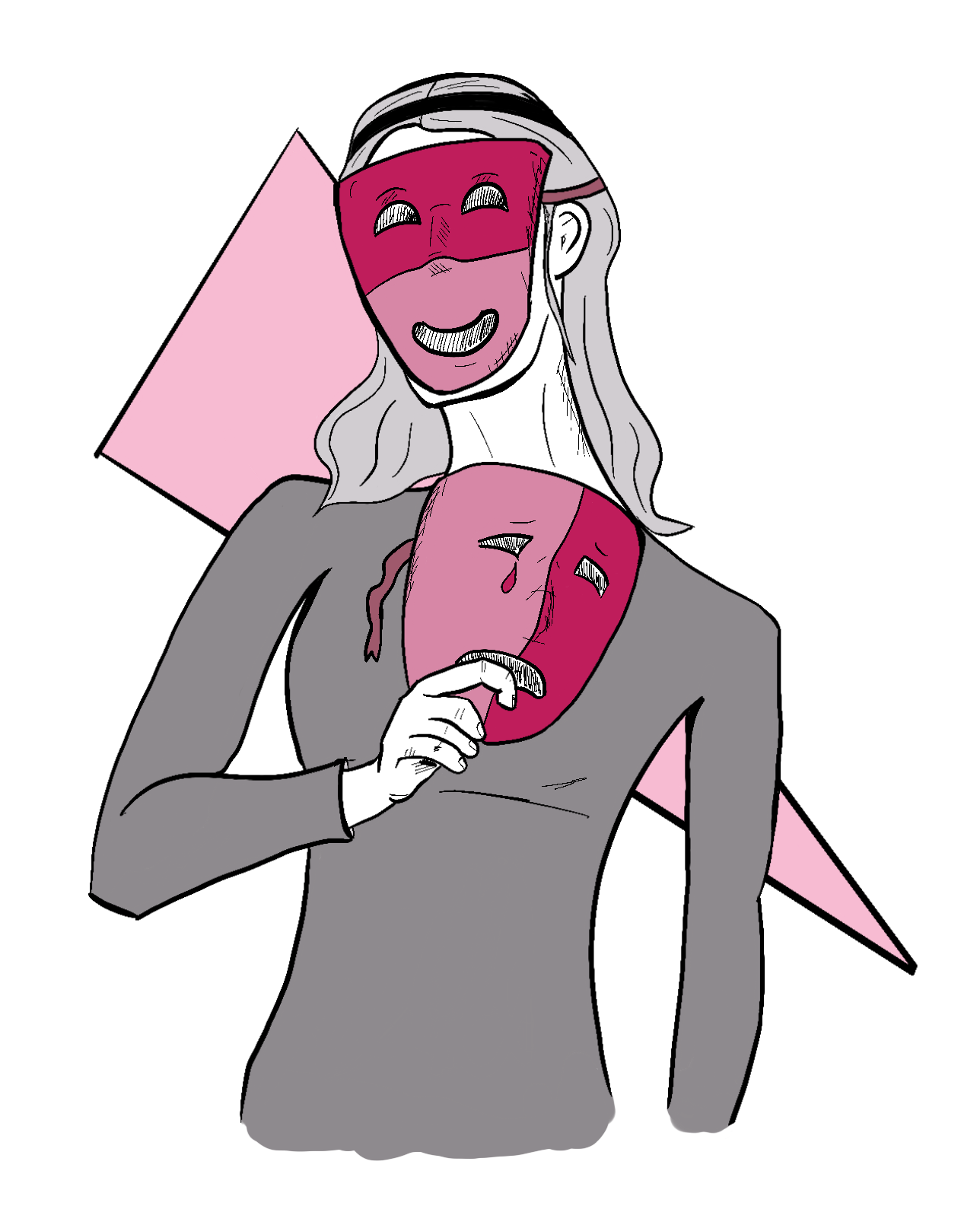 The college experience is filled with ups and downs, successes and failures. While the joys of student success can be easily overshadowed by imposter syndrome, it is possible to counter such doubt in oneself by separating fact from feelings.

Almost communally hated by college students, imposter syndrome is a psychological phenomenon that causes people to doubt their skills, feel unworthy of their accomplishments and believe that they are not as capable as others perceive them. Though commonly associated with low self-esteem or feelings of inadequacy, the syndrome specifically involves a persistent fear of exposure and rejection. For students, it often takes the form of intellectual self-doubt and sometimes even anxiety or depression. During periods of especially intense insecurity, it can be easy to feel like you’re the only one who’s ever felt like an impostor. However, this is simply not true. Even the most accomplished of people – such as Tina Fey, Maya Angelou and Michelle Obama – have struggled with impostor feelings at some point in their lives.

The first step in conquering imposter syndrome is recognizing what you’re feeling and why. In his book “The Things You Can See Only When You Slow Down,” South Korean author and Buddhist monk Haemin Sunim said one should think about their emotions like fleeting clouds in the sky. Rather than attempting to actively suppress or eliminate them, we must calmly observe and respect their existence. All feelings – even the most uncomfortable or embarrassing ones – are impermanent, so permit yourself to experience them in their entirety. People deny or try to hide feelings like anger or guilt too often, so being honest and simply acknowledging that such feelings exist will go a long way.

“(Feelings) are just passing through, like clouds in the sky. They, too, dissipate on their own,” Sunim said in the book. “Remember that you are neither your feelings nor the story your mind tells about you to make sense of them. You are the vast silence that knows of their emergence and their disappearance.”

So, the next time you feel woefully inadequate or incapable, remember that these are just feelings. In no way do they indicate that you are actually inadequate or incapable. In fact, it is perfectly normal – and sometimes even beneficial – to feel a little bit of self-doubt after starting a new job or receiving an award or promotion. This shows that you are taking the time to think about your limitations and boundaries and use them to adopt a growth mindset. However, self-doubt can become counterintuitive when it becomes overly crippling or when we get so wrapped up in self-criticism that we cannot function properly.

Instead of identifying with any of the negative thoughts you may be having, work on countering them with statements grounded in fact and reality. If you ever feel undeserving of a good grade or an internship, ask yourself “Who told me I don’t deserve it?” Surely a professor or an employer would tell you that they gave you a good grade or a new job because you earned it. Why else would they reward you? They don’t owe you anything. Asking yourself questions from others’ points of view will prevent you from fixating on your faults and help you develop a more positive internal script. Normally, negative thoughts are just a reflection of your innermost fears and anxieties, so demanding evidence from your mind is a great way to stop baseless self-criticism right in its tracks.

Students with impostor syndrome generally have difficulty accepting compliments. They attribute their successes to luck or help from others but are quick to blame themselves when things go awry. But we play the main characters in the stories of our own lives. If we can take full responsibility for our shortcomings, why not our triumphs as well? Celebrating success and even visualizing it in advance can help us readily embrace it at its arrival.

The next time you experience success but feel immediately overcome with self-doubt, consumed by the fear that soon everyone will know you’re a fraud, recognize that these feelings aren’t just in your head. They’re a manifestation of the very real and debilitating imposter syndrome, and if you were really a fraud, you wouldn’t be worried about this at all.

The bobcat’s out of the bag

Stick(er)ing up for cancer research