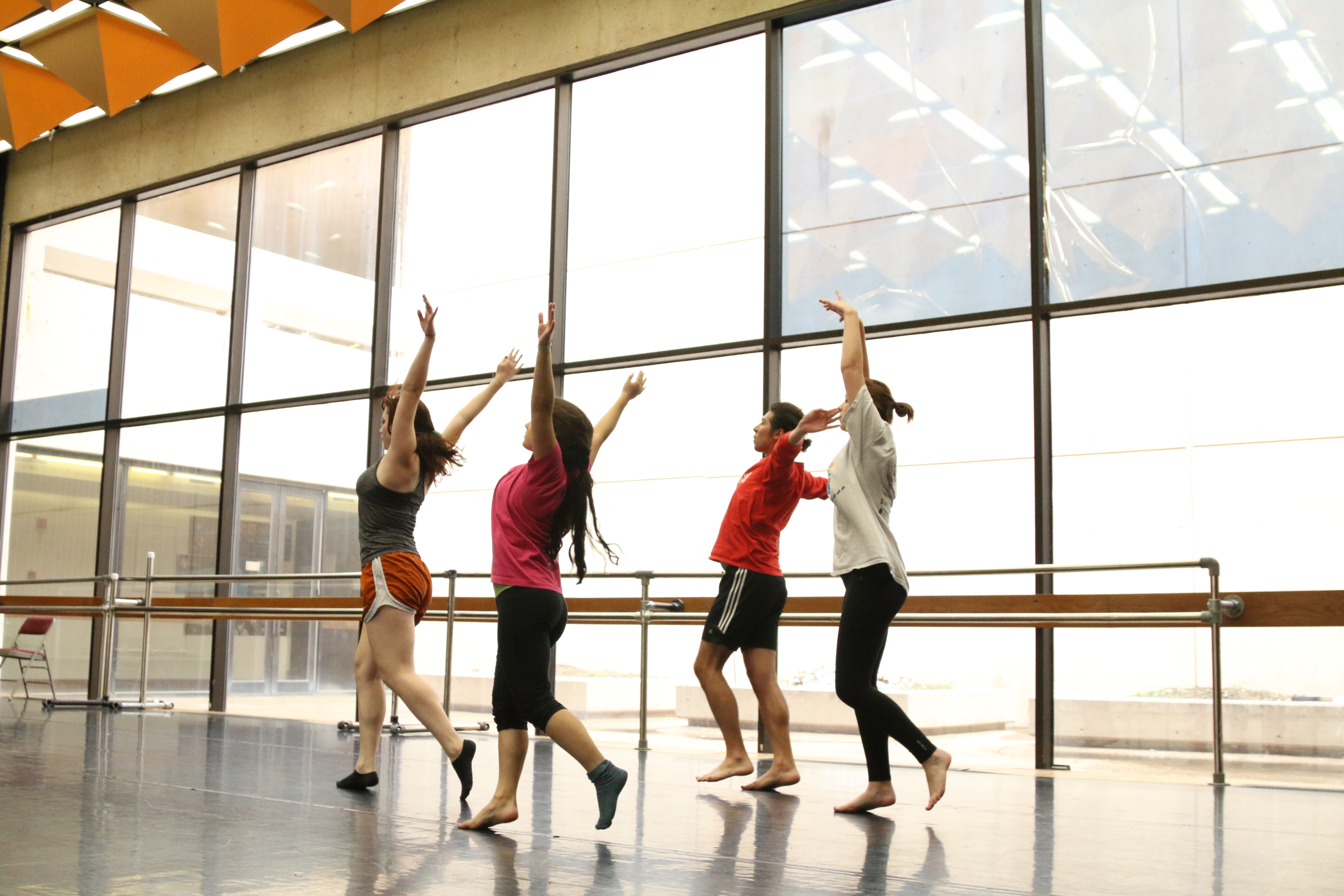 It has been 20 years since the start of the dance program at UTD, and this year’s fall dance performance, “Score,” will commemorate the program’s success in the last two decades.

Choreographed by three dance instructors, the dances are primarily contemporary style with one tap dance piece by lecturer Misty Owens.

Each dance tells a story that the dancers are able to bring alive on stage.

This connection to the dances and their storylines is one of the best aspects of the routines this time around, said literary studies sophomore and “Score” dancer Kathleen Alva.

For Alva, who has trained in clogging since she was seven, the tap dance piece comes very close to her dance style.

“I’m very biased toward tap because it’s closest to clogging, and that one’s really fun,” she said.

Owens’ two works together are called “Love it, Lyle” and use two songs by Lyle Lovett. The tap number is set to “Garfield’s Blackberry Blossoms.” The violin and the rhythms are synchronous with the joy that radiates from the piece.

“Battle,” a modern routine choreographed by clinical professor Monica Saba, is a reflection of internal struggles and battles that people go through in their lives.

Fluid interactions and a controlled aggression between the dancers across the stage add to the feeling of strife, the desire to partake in things that cannot be done together and the pulls and pushes of trudging through life.

“We are struggling against each other going to the same goal, pushing against each other and attempting to reach this place,” Alva said. “The fact that we are able to create these stories and focus on the meaning of the dances, I feel like as an individual in my sophomore year of college, I’m able to connect to those sorts of struggles and looking for goals.”

The steps seem to invoke, in the moment, a strong feeling of abuse among the dancers, said dancer and Arts and Technology freshman and dancer Lauren Duernberger.

Watching “Battle” evokes strong feelings of frustration and conflict. Toward the end, it leaves the audience with a sense of futility. Then, just as it seems to have concluded, dancers come out from all sides and leap onto other dancers’ backs, holding on tight and leaving the audience with a lingering sense of peace.

Professor Michele Hanlon’s first piece, “Scherzando,” is set to music from UTD’s Chamber Orchestra, that will play live at the show.

“I hear playfulness in the music and I hope that I was able to bring that into the piece,” Hanlon said.

There is a racy energy to “Scherzando” as the dancers seem to leap effortlessly into the air, pushing and pulling at each other to classical music tones.

“Michele’s piece has times when we get to play around with the audience,” Alva said. “It’s a little bit more humorous and joking around with them … I really enjoy the humor in that piece.”

Hanlon’s other routine, “ … So it goes …,” a trio set on three women dancing to “Dream a Little Dream of Me” by The Mamas and the Papas.

It’s a slice-of-life piece where there are three individuals and one of them acts a catalyst to make them interact, Hanlon said.

“Things happen, they relate to each other and then they go back to being themselves,” she said.

Saba has three other dance numbers in the show: an aggressive duet, a modern group piece called “Search for the Unknown” that uses shadows, and “Blind Disease,” a dance her students performed at the American College Dance Festival in Arkansas last spring.

“Blind Disease” is about the dilemma born out of love. It puts problems including alcoholism, substance addiction and cheating into the context of a relationship between any two people.

The five-dancer piece works through feelings of betrayal, love, trust and frustration in a relationship that breaks over and over again.

Alum Ashley Merritt, who was part of the ensemble last spring, said for her the piece is more than just a dance, and she finds herself acting the part of a troubled person as she works through it.

“In ‘Blind Disease’ I had a very specific idea in mind, and I could put a personality to each of my dancers. The movements were set to very specific roles,” Saba said.

In “Search for the Unknown” there is a sense of transcending time and space as the dancers play with darkness and light, struggling to capture an elusive thought or goal.

The piece is still in transition and has changed several times since she first taught it to her dancers, Saba said.

The program’s 20th anniversary was a great time to reach out to alumni who were still dancing professionally, Hanlon said.

Some of the alumni in the group numbers will also perform solos in the show.

Merritt’s style is a fusion of hip-hop and modern dance forms. Her solo will be a fun, lighthearted performace that reflects on the happy place she is at in her life right now, she said.

Alumnus Rigoberto Hernandez, now a medical student at the University of Texas Medical Branch in Galveston, happened to take the semester off and joined the show when he heard about it.

Alumnae Jennifer Denison and Paige Ghent are dancing in Hanlon’s pieces as well as solos in the show.

These alumni are the program’s legacy outside the campus, and it felt like a great way to honor them, Hanlon said. The alumni are equally happy to come back and perform, she said.

“They’re really nurturing, and personally for me, it was a great (program) to find my place creatively in a lot of ways — the whole program, not just the dancing,” Merritt said. “The different teachers and professors here that I’ve had classes with have really helped me into my career as an artist and all the crazy things I’d never thought I was going to study or research.”

The fact that UTD’s dance program doesn’t limit itself to art and performance majors alone is perhaps the program’s biggest achievement, Hanlon said.

There is a lot of bonding among the dancers, and they help each other learn and grow, Duernberger said.

When students found out Hernandez was in medical school, several of the pre-med majors asked him for advice, and it’s almost like he is their mentor, Saba said.

“One thing I really love is getting to work with dancers who are more than just dancers,” Alva said. “Dance is not a major here; you have to major in something else. Just the fact that we have a group of people who are doing this because we are passionate about it, it’s something that we love to do and we do it not because we have to but because we want to means that we have a really great relationship together.”

When students come to UTD, dance is not the first activity they think they’ll be doing, Duernberger said. So when Duernberger auditioned for the program she was nervous and apprehensive about what she would find, particularly after having trained for 15 years in dance.

But her fears turned out to be baseless, she said, and she is grateful that she has been able to dance again.

For Alva, who had no contemporary dance training, the fact that she was able to learn a new style was unexpected.

“You think when you join some sort of performance group as more of ‘I’m going to be learning dances, and I’m not going to be actually growing,’ but that is definitely not the case here,” Alva said.

“Score” will show at 8 p.m. from Oct 23–25 in the University Theatre and entry is free for students with a Comet Card. 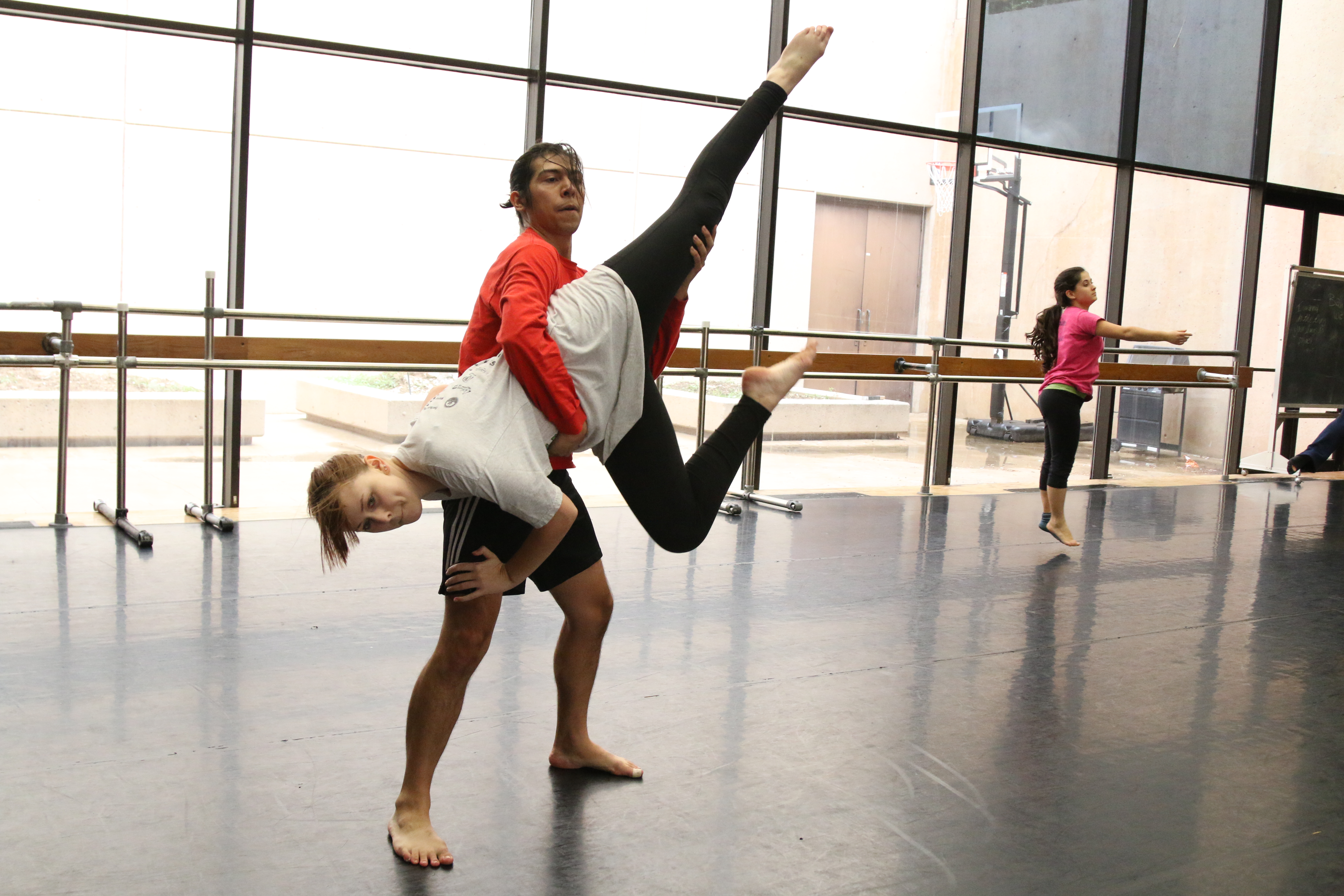