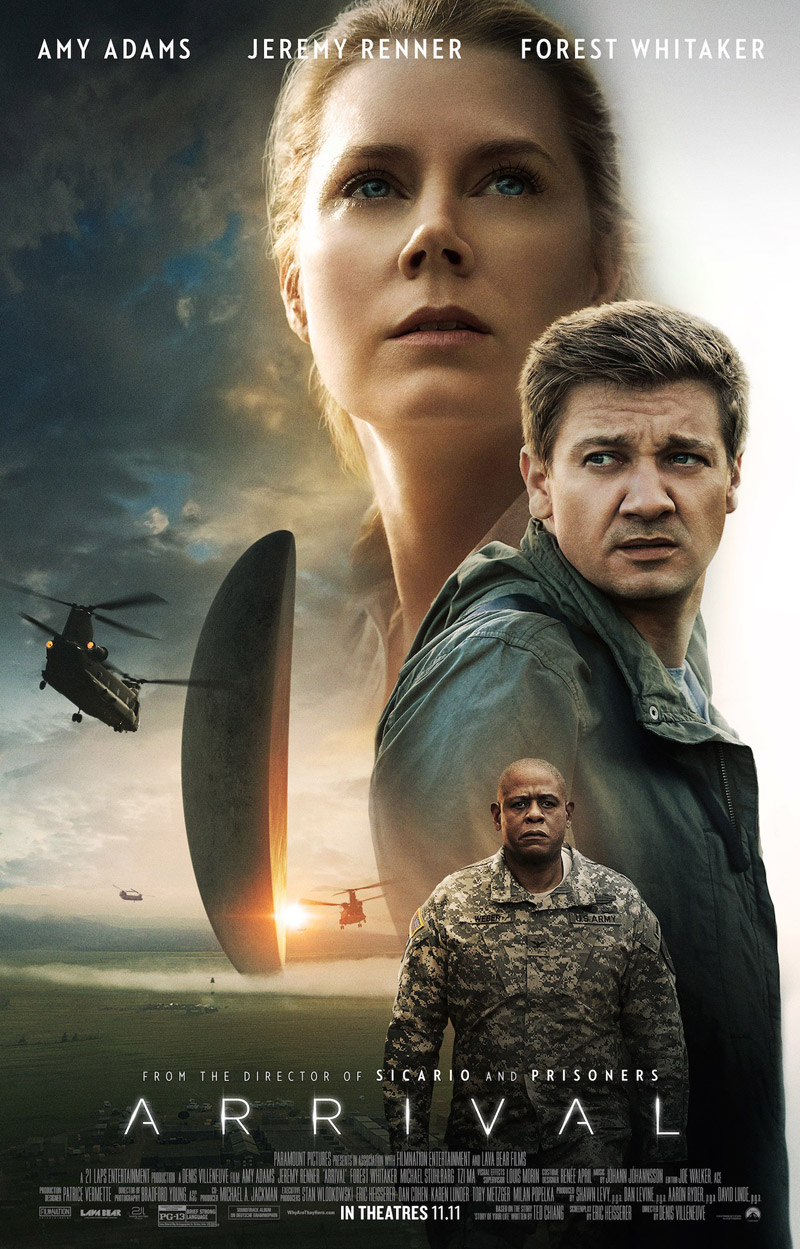 In his latest feature effort Director Denis Villeneuve helms “Arrival,” based on Ted Chiang’s science fiction short story “Story of Your Life.” “Arrival” is an effective adaptation and showcase of creative filmmaking. Although the film is entertaining, it fails to deliver on the scale that it promised in previews.

In the film, extraterrestrials have found their way to Earth. Twelve shell-like structures fly into the atmosphere and spread themselves across the planet. Linguist Louise Banks (Amy Adams) and astrophysicist Ian Donnelly (Jeremy Renner) are recruited by Colonel Weber (Forest Whitaker) to find out why they are here.

The trio’s performances are less inciting than expected. Their potential is untested by the mediocre screenplay. The stale characters they portrayed could have been satisfied by any actor or actress. Their attachment to this project is intended to satisfy marketing needs.

Over the course of the near two-hour runtime, Banks and Donnelly decipher the Hepatopods’ (the aliens) mode of communication. It is a non-linear form of expression that has no beginning or end. It appears in the form of circles with blotches protruding in every direction. These blotches are mapped to different words in English.

Banks and the Heptapods learn from each other, as they can respond to Banks’ writing in English and vice versa. The “shells” that land on other sites take to different tactics of communication.

Villeneuve’s has organized the film in a manner similar to the aliens’ form of communication. The non-linear narrative running throughout the film is effective in disguising the overarching purpose of the approach. The cinematography and score complement the moody atmosphere.

However, the dialogue fails to hold the ambiance together at times. Boring exchanges between the characters make some scenes drearier than captivating. Excessive explanations of obvious courses of action bog down the film and seemed to be in place to accommodate mass appeal.

The supporting cast is rarely seen. Instead, they are inserted awkwardly in certain situations to move the plot along. The film spends almost no time explaining how Banks and Donnelly’s team decoded the Heptapods’ language. Other things like Donnelly’s work and Weber’s character depth are also left unexplored.

“Arrival” is entertaining at moments and offers enough in performance, story and visuals to watch it once. It is a very simple film that may deceive in scale. The casting, the director and special effects probably made up a large chunk of the $50-million-dollar budget.

Villeneuve is effective in his vision. The outcome is a decent, Hollywood-scale science fiction film that doesn’t have much to say. Beyond the corny elements of world unity and the gift of a universal language (thanks to the Heptapods), “Arrival” gently breaks the boundaries of what to expect from a major studio film. It is an ordinary film with an innovative narrative structure that is unlike any film that came out this year.

A Taste of Home