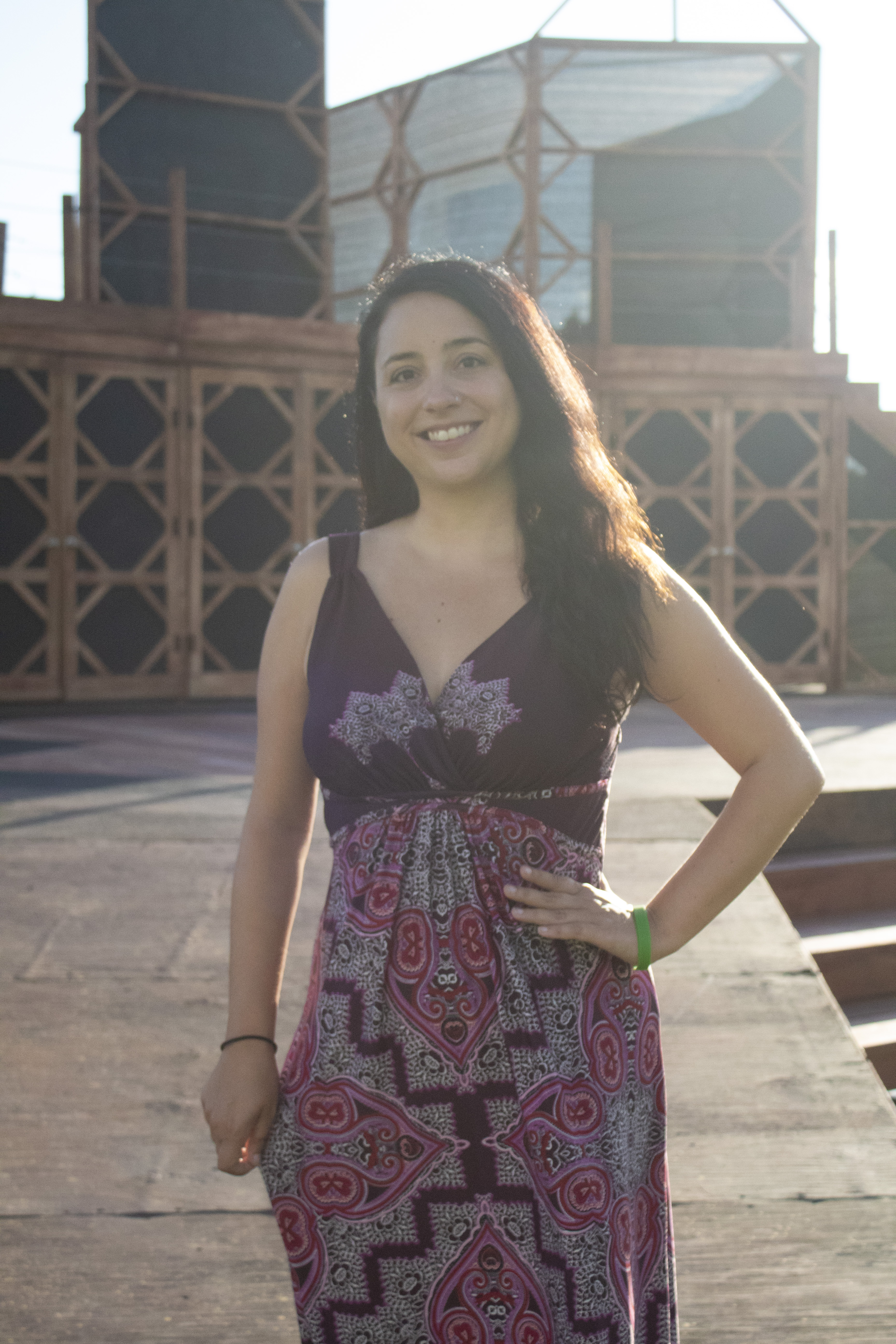 Jenni Stewart graduated UTD in 2006 with degrees in art and performance as well as government. Photo by Amber Doan | Mercury Staff.
Life & Arts

An alumna from the School of Arts and Humanities became the first woman in 47 years to hold a position of artistic leadership with Shakespeare Dallas, a local theater company that performs renditions of Shakespeare’s most notable works.

Jenni Stewart graduated with a double major in art and performance as well as  government in 2006 and began working with Shakespeare Dallas a year later as a program coordinator before moving up to her current position as the group’s associate artistic director.

Through her position, she oversees the production of the company’s plays and education enrichment programs. Stewart works closely with the education director of Shakespeare Dallas to run programs for children in elementary through high school such as Shakespeare Unplugged, which gives the Dallas community an in-depth understanding of Shakespeare’s plays. Stewart also works with the artistic and executive directors to select cast members, hire designers and run performances.

After being introduced to the world of theater when she was five, Stewart decided to pursue the field professionally during her undergraduate years. She said she was drawn to the performative aspect of theatre and the ability to connect to audiences. Coming from a performance background as a young actress in local productions, Stewart said she realized the diversity of the field upon working on various school productions.

“I started studying all the variety of different forms that take place in theater and worked a variety of productions and ended up leaving knowing that I wanted to be a producer,” Steward said. “So that was a time of really exploring my craft.”

Stewart said pursuing a creative arts degree in a predominantly STEM school presented her with a variety of challenges and opportunities. The specific program she was in was very limited at the time and had very few students.

“Because our program was a little bit more boutique at the time that I was there, you were really able to work a lot and you didn’t get lost in the shuffle the way that you could in a larger program,” Stewart said.

As a student, she worked as an assistant for the theater during the day and worked on art and performance productions at night.

Upon working with Shakespeare Dallas, Stewart said she found herself to be the only woman in the room. She continues to attribute the appointment to her current position to years of dedication to the theater, as well as the responsibility to represent women in a male-dominated field. Stewart said that she found the underrepresentation of women in leadership positions, especially in the theater industry, to be alarming.

“Females make up 50 percent of the population. Our audience is predominantly women, we have about 58 percent women in our audiences. I think it’s really important to have female leadership to offer that representation,” Stewart said.

As the first woman in 47 years to hold her position of leadership, Stewart said she feels both humility and responsibility for the proper representation of women in the stories the company tells and how it presents them.

“I’m an artist first, but also I feel very passionate about making sure that women are included in the way we tell our stories and the way we present works to the public,” Stewart said.

Stewart said she challenges her colleagues in producing Shakespeare’s plays — which are traditionally male-dominated areas of performance — to be more inclusive.

“Finding ways to reimagine the classic stories that involves more perspectives than we’ve had in an Elizabethan society is frustrating and challenging, and being a young woman in a position of leadership, you have to work a little bit harder to have your voice heard,” Stewart said.