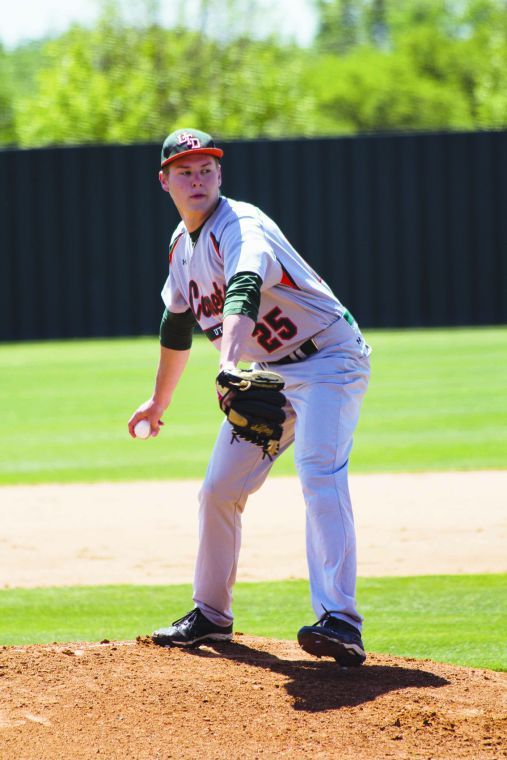 UTD defeated East Texas Baptist University in the double-header on April 20 to qualify for the post-season tournament.

The Comets lost the first game of the series 6-3 on April 19. The double-header sweep on the following day ensured a No. 3 seed for the team in the ASC East Division and helped them move past the 20-win barrier for the 12th consecutive year.

“It is a tribute to the players to want to carry on the tradition of qualifying for the post season,” head coach Shane Shewmake said.

UTD opened the ASC Championship Tournament on April 26 in Austin with a three-game first-round series, which continued on April 27, against West No. 2 Concordia.

Derek Dallas started the first game against ETBU strong — taking a no-hitter into the sixth inning — but the Tigers denied the Comets’ senior a record-tying 20th win by staging a comeback to win the opening game 6-3.

Dallas recorded seven strikeouts in the first five innings to take the all-time career strikeout record away from Gordon Walters (2002-05). He now has 199 strikeouts as he finished the 2013 regular season.

The Comets scored twice in the third inning on four hits and an ETBU error. The Tigers finally recorded a hit in the sixth when Tyler Bates led off with a double to the left-centerfield gap and came home on a two-out RBI double from Jon Burkhart.

The Comets were still in the game until the eighth when Dallas gave up two hits and a walk after one out to end his final regular season game. The Comets had an opportunity to rally back in the bottom of the eighth when the bases were loaded with one out, but the Comets were unable to capitalize on the situation and ended the inning with just one more run.

UTD put up another stellar pitching performance as sophomore Calvin Campbell limited the Tigers to just three hits in the entire game.

The Tigers had base runners in each of the last three innings. A double-play got the Comets out of trouble in the fifth, a strikeout killed the threat in the sixth and a strikeout and ground ball ended the game in the seventh with a runner at third.

The team came from a 2-1 deficit in the fifth to equalize in the seventh and finish the game in the eighth.

ETBU took an early lead in the first when Burkhart singled to open the game. The Comets equalized the score in the fourth but the Tigers snatched back the lead in the fifth when a fielding error allowed Jordan Brewer to reach home.

UTD then tied the score 2-2 in the seventh in a similar fashion. ETBU slipped up in the eighth as two throwing errors allowed the Comets to snatch the lead. Jake Wyand then shut down the Tigers 1-2-3 in the ninth to save the game for winner Ryan Lynch.

The Comets rank seventh in the ASC in pitching, with a 3.76 team earned run average, while sitting at No. 12 in hitting (.266 team average) and fifth in defense.

“Pitching and defense give us a chance to win every game (in the post-season tournament),” Shewmake said.

“That is where recruiting comes in,” Shewmake said. “We will bring some guys in to try and replace those two.  We have several guys on the roster who have a chance to step up and make an impact.  Alex Luna, Tim Cole, Pierce Fly to name a few.”

The winners from the four best-of-three series in the first round will advance to the championship round, a double-elimination format to be held May 5-7 at the site of the top remaining East Division seed. The eventual ASC champion will earn the league’s automatic berth into the NCAA Division III men’s baseball championship.