"Rusted Warfare" is a cheap RTS that controls like butter 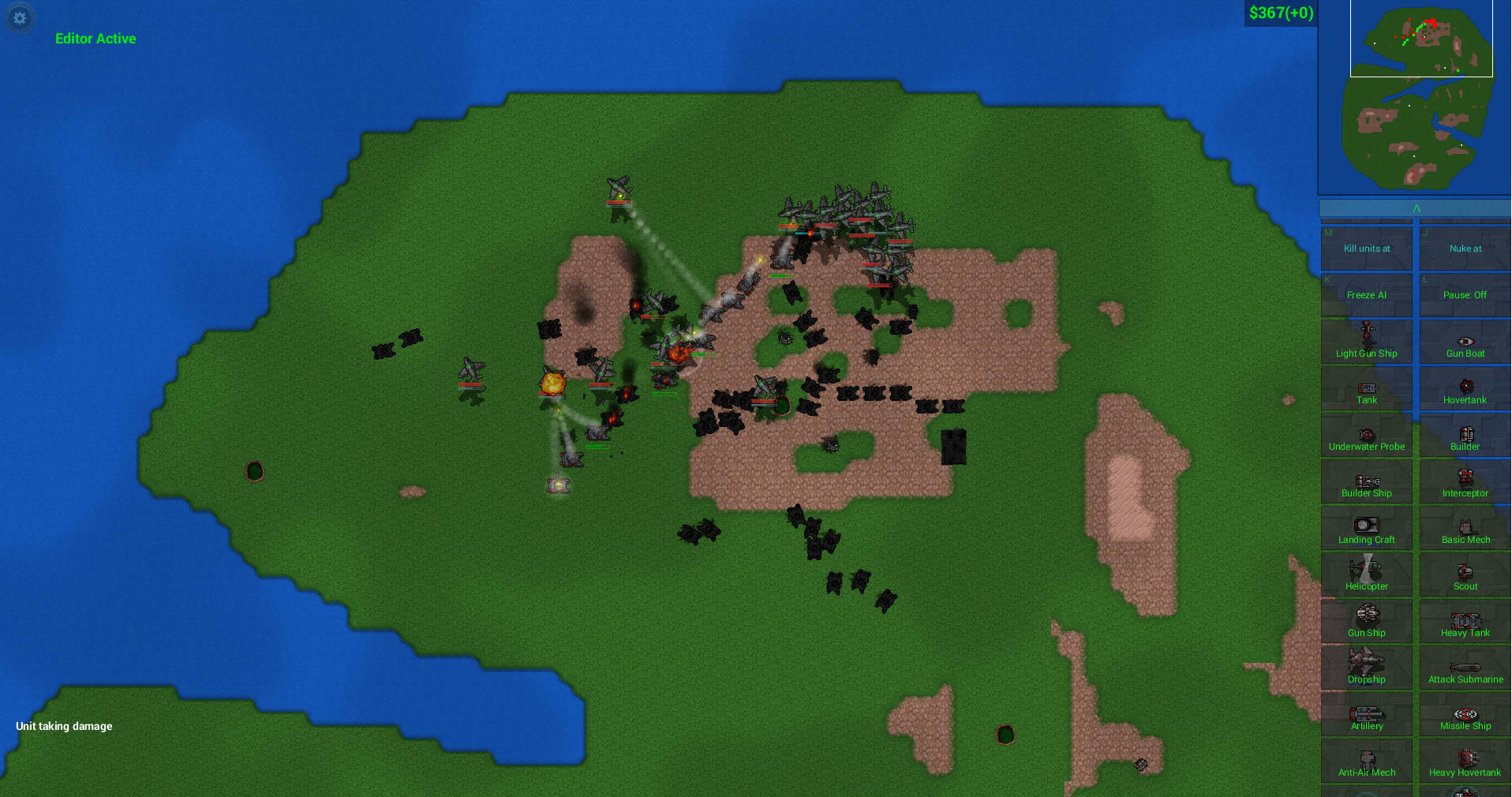 “Rusted Warfare” is one of the few real time strategies (RTS)’s that can be confidently played “head empty.” Its basic premise is as simple as an RTS can get, but the depth of play is still engaging enough to play for hours on end.

“Rusted Warfare” is a sci-fi RTS inspired by older RTS designs similar to “Command and Conquer: Red Alert” and the original MS-DOS “Dune,” but with design and mechanics adjustments to bring that old style of RTS into the modern age. There is no story, though there are a series of single-player missions to be played, and the premise of the game is simple: build extractors for money, build factories to build units, raise an army to kill the other armies and win the game.

This is why it can feel like a “head empty” game: compared to other RTS’s, the basic mechanics are much simpler to pick up and play with. The factories aren’t complicated, and the only resource is money, in contrast to a game like “Starcraft 2” where resource management and placement play as much a role as figuring out what all the units do. The units are easy to grasp, with the main units being a variety of tanks, planes and battleships. You can boot up “Rusted Warfare,” decide that today you will make a bomber air force to command and enjoy taking to the skies against some hapless AI.

However, this is a very simple view of a game that has a lot of depth to it. Not only is the gameplay experience much smoother than old RTS’s, with unit pathing and selection as smooth as butter, but the game offers full customizability of hotkeys. The hardcore RTS fan can engage with this aspect to the extreme, optimizing the entire keyboard to quickly switch between controlling different army groups, workers and production buildings in the span of a few milliseconds.

And the hotkeys aren’t the only things that can be experimented with. Upgrading the basic production factories affords access to more futuristic and experimental units, from aircraft that can shoot lightning to shielded hover tanks that can act as siege units. The army compositions you can come up with are wide and varied, offering a lot of strategic depth (especially since it isn’t the most balanced game ever).

But let’s say that you miss controlling infantry. Or that the AI isn’t hard enough. Or that you just want to play a World War 2 version of “Rusted Warfare.” Lucky for you, there are mods! With a Steam game, it’s easy to find and install whatever mods you desire, as all the ideas mentioned above already exist on the Steam Workshop. There are many mods to find for a game as cheap as this, adding to the depth of a game that already has plenty for an RTS player to sink their teeth into.

Overall, “Rusted Warfare” is a surprisingly deep, well-made and polished old-school RTS experience. If you want to indulge in the army commander fantasy, this is one of the best $5 ways to go about it.