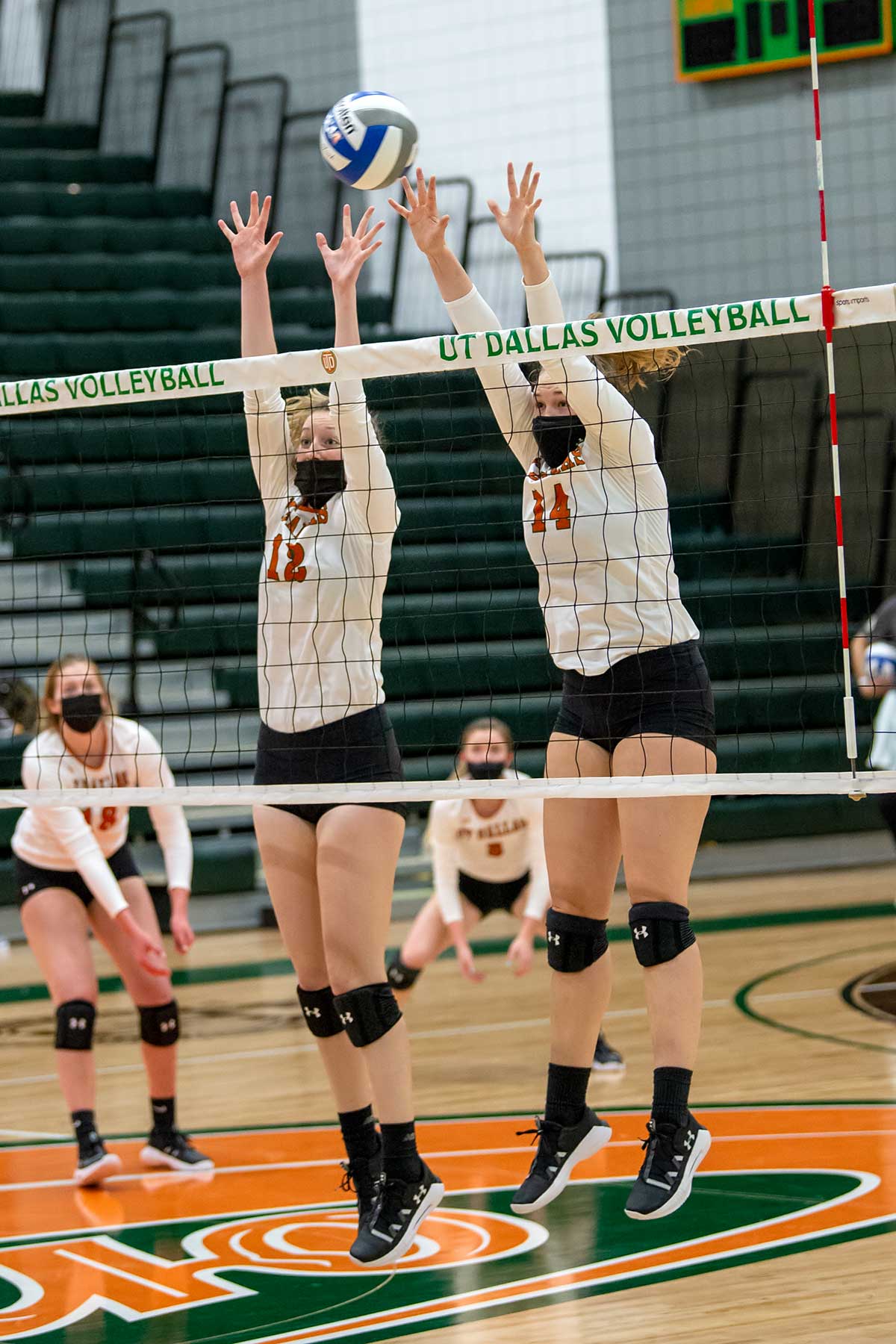 With regular season play delayed from the fall due to the pandemic, the soccer and volleyball teams all returned to games on Feb. 26.

The women’s soccer team opened the ASC competition with a win over Ozarks. They have six more games scheduled before a three-game ASC conference championship beginning on April 1, said head coach Kanute Drugan.

“If we win those three games, now we’re the division champion, and we’re the conference champion,” Drugan said. “That’s as far as it’s going to go in the spring, and then (we’ll) use that process that we experienced to draw from in the fall.”

Drugan said that the team is approaching the spring season from a teaching standpoint: they’re focused on laying the tactical and team culture foundation to allow for success in the fall season.

“Let’s get the fundamentals down, understand the details that we want to execute, and then show that in practice and in games. . .we can execute them successfully,” Drugan said.

Despite the unusual nature of the season, Drugan said that the challenges related to the pandemic and the winter storm have strengthened the team.

“One of the things I’ve discovered is this particular group of girls is extremely resilient and adaptable,” Drugan said. “It’s one thing to adapt; it’s a whole other concept to be resilient, and every one of them has both components.”

The men’s soccer team also began ASC play against Ozarks with a win. Head coach Jason Hirsch said that getting back to competition is important because it provides a chance to work things out both individually and collectively that the team can’t do to the same extent during practice.

“You just have to deal with what’s in front of you, so that’s what we’ve been doing – just trying to get ready for the spring,” Hirsch said. “Now that we’re kind of hitting our season and getting to play some games, it’s been good because now we have something to look forward to.”

While the abbreviated spring season is a good opportunity for freshmen to get some playing experience, the ultimate goal is still to win games, Hirsch said.

“I don’t want to look beyond the next match,” Hirsch said. “I don’t care if it’s a spring scrimmage or alumni game, or a conference final. We want to win every game.”

The women’s volleyball team has also gotten off to a strong start, remaining undefeated through eight matches. Head coach Marci Allison said that the team practiced for about three weeks in the fall, with a focus on giving the players the mental outlet of practice.

“(The practice) was really just getting together as a team and really getting to know each other,” Allison said. “It was more about just letting them have that outlet to play the sport they loved, is really all my purpose was, and then trying to teach them a little bit of our systems.”

Allison said that the team’s success thus far is in part due to the players’ willingness to adhere to new protocols, including wearing masks during practices and matches and increased sanitization efforts.

“It’s just a lot more tedious and a lot more work and a lot more effort and planning on all of our parts,” Allison said. “But I think in this program we’ve established that culture that they’re not afraid to work hard, and they get it.”

Despite the challenges of the season, Allison said that the team hasn’t lost its desire to be competitive. Outside hitters Catherine Croft and Abby Jones were named ASC East Division players of the week on March 9, and middle blocker and outside hitter Allison Owen was named national player of the week – the team’s first since 2015.

“The goals of our program are never going to change. I mean, our goals are always, number one, be the best people we can be, be the best competitors we can be,” Allison said. “Obviously win our division and fight for another conference championship – that’s all we can really do this year.”