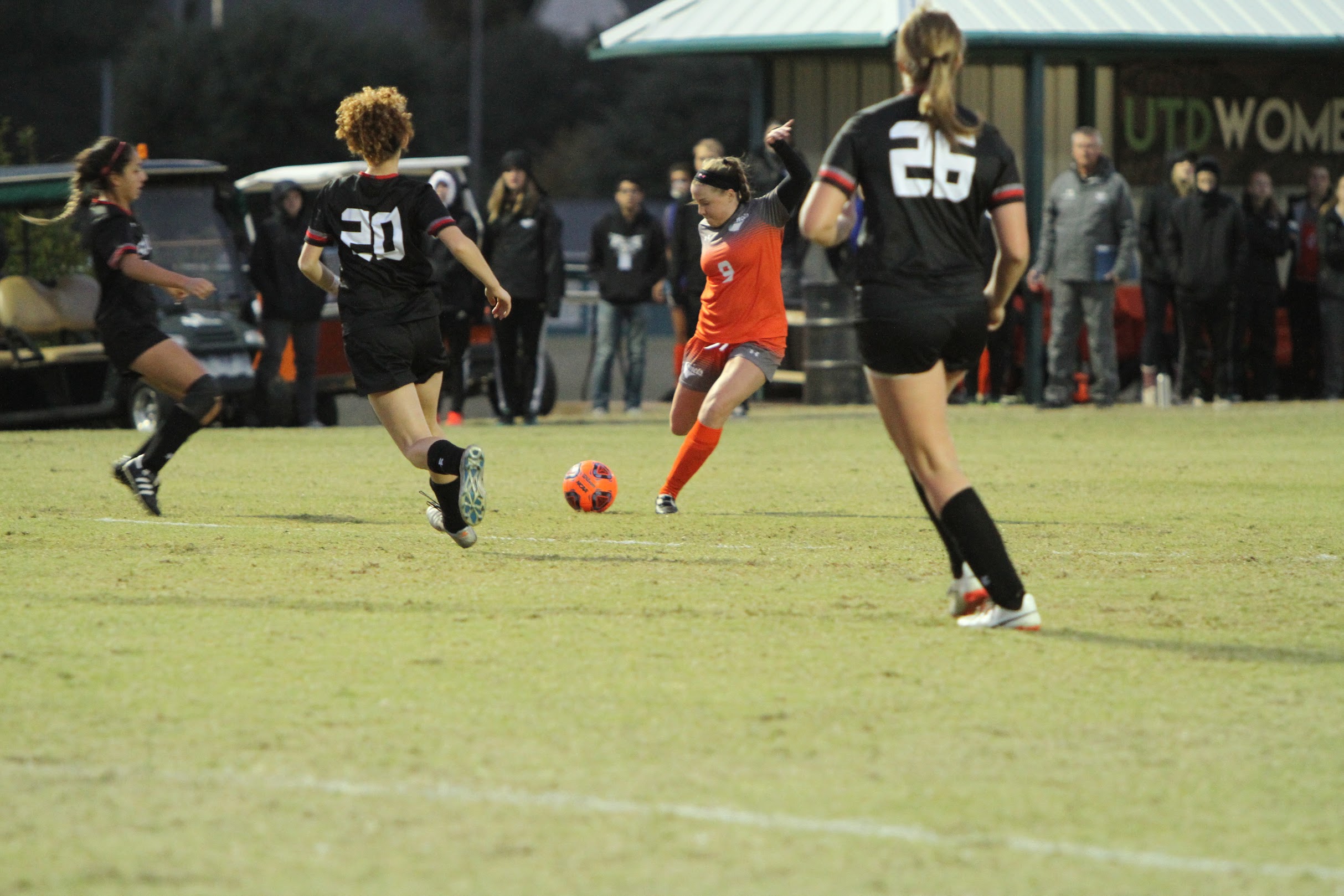 The women’s soccer team won their first game of the American Southwest Conference tournament with a 2-1 win against the Sul Ross State Lobos.

The Comets will now be moving on to the semifinals of the ASC tournament.

The last time the team won the ASC Championship was in 2004, and they are on their way to capturing their fourth championship in the school’s history. Head coach Kanute Drugan, who led his team to their current six-game win streak, said the team should continue to focus on one game at a time in order to be successful.

“Win streaks don’t matter because it’s either you win or you go home,” Drugan said. “We just have to play our game our way.”

The Comets finished third in the ASC regular season standings, ending with a final record of 15 wins and three losses. As a result of their regular season success, this was the fifth consecutive time Drugan and the Comets qualified for the ASC tournament.

From kickoff, the Comets dominated possession, primarily through winning the ball in the middle of the field. Their premier passing allowed them to set up many opportunities and shots on-goal. However, they didn’t get on the board until 24 minutes in when freshman midfielder Keely Fillman scored off a volley from junior forward Melissa Fulfer, giving the Comets a 1-0 lead, pushing Fillman’s season total to seven goals.

“I saw (Fulfer) getting ready to cross it and I just timed my run so that I can be there for the ball,” Fillman said. “I always try to contribute to the team in any way I can, even if it’s just winning balls in the center of the field.”

The backup players cheered on their teammates and instructed them in ways to improve their technique during the game. Junior midfielder Makayla Forsberg, who had to miss the last six games of the regular season due to an injury on Oct. 7 against Mary Hardin-Baylor, is vocal about making her teammates better, even if she is not on the field.

“As a captain on the team, one thing that we really take pride in is trying to make sure that everybody feels included in everything that we do,” Forsberg said. “I’m just trying to keep the energy super hyped off the bench.”

The Lobos equalized the game minutes into the second half. However, the Comets closed out the game to reach the semi-finals.

The Lobos and Comets exchanged a total of 49 shots, with 32 of those coming in the second half. With 8:24 on the clock, sophomore forward Stephanie White headed the ball off a cross to give the Comets a 2-1 lead over the Lobos. The entire bench rose off its feet as they watched the clock hit triple zeroes and secure their ticket to the semifinals.

UTD will face Mary Hardin-Baylor on Nov. 3 at 2 p.m. in Abilene, Texas. The two teams have already faced off once this season, resulting in the Crusaders beating the Comets in overtime, 2-1. The winner of this match will advance to the ASC finals and will play either UT Tyler or Hardin-Simmons. Fans will be able to support the Comets through a livestream via utdcomets.com. 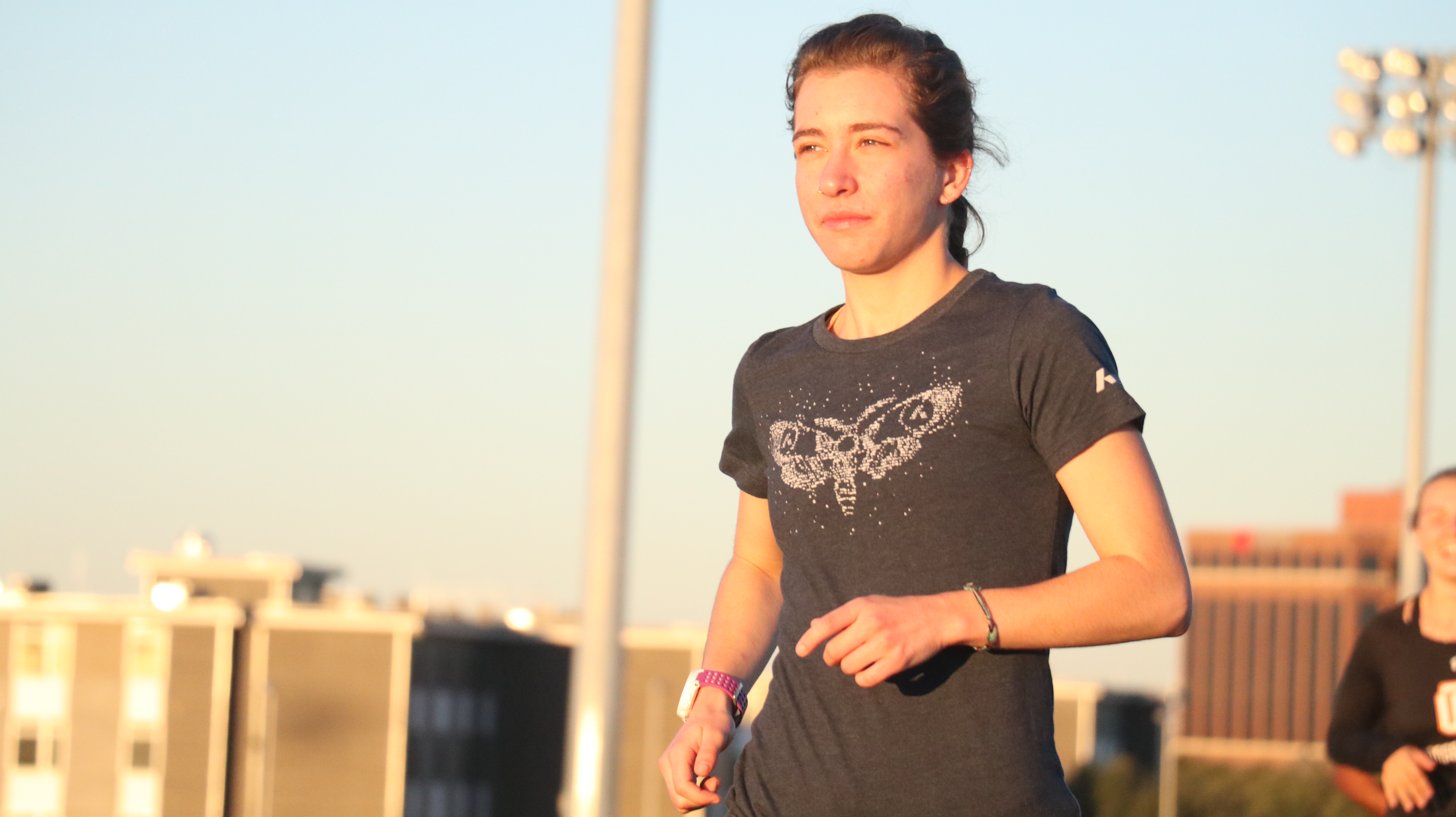