Comets unseat top-seeded Mary Hardin-Baylor for ASC title, advance to second round of NCAA D-III championships for the fourth time 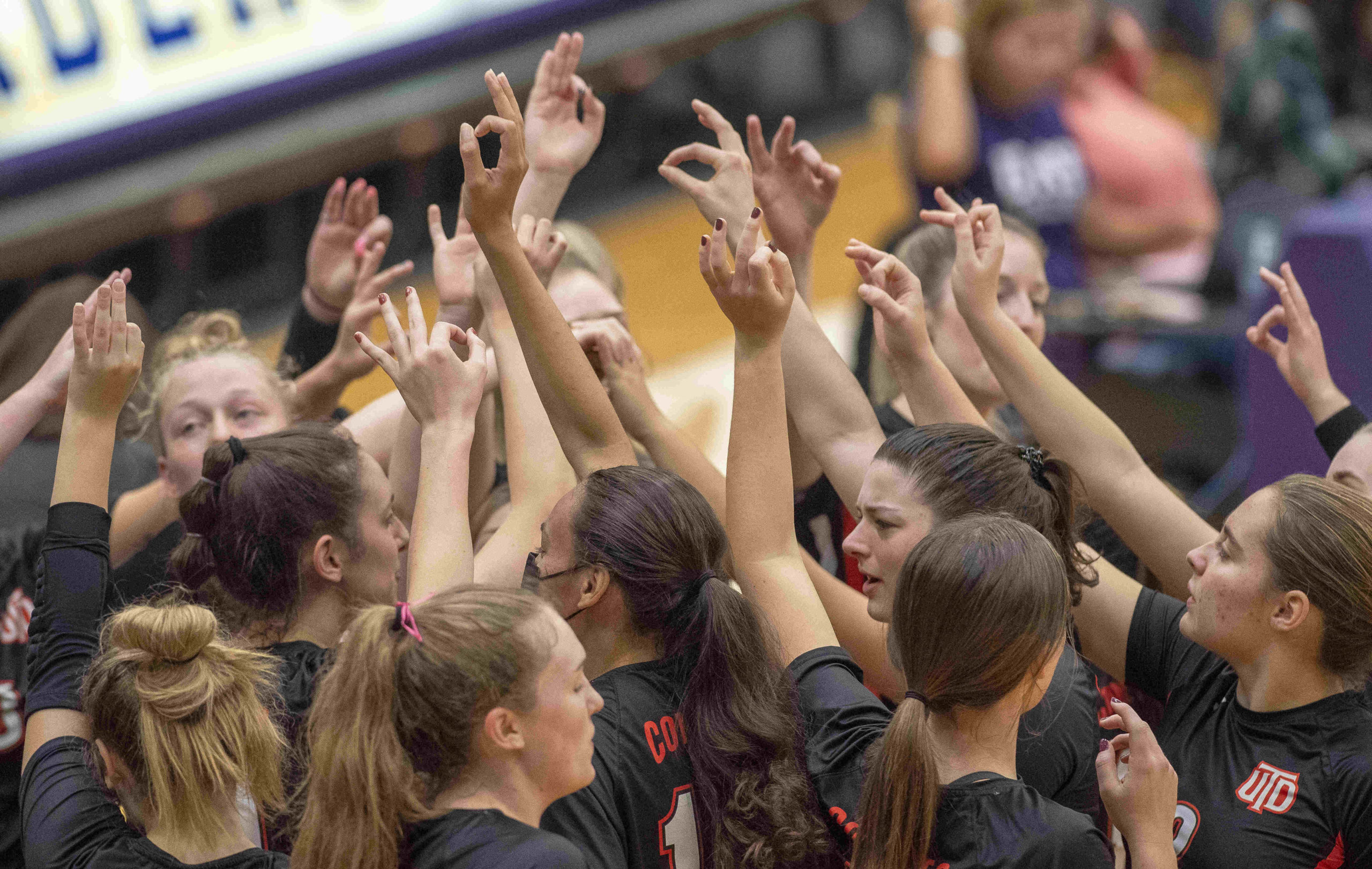 The volleyball team concludes their year with an 18-10 overall record, after winning the program’s record-setting seventh ASC Title and advancing to the second round in the NCAA D-III championships.

After an injury-laden first half of the season, the Comets battled their way into the second seed for the Conference postseason with an 8-for-10 October. They carried that momentum into the tournament, beating LeTourneau 3-0 and advancing to the finals against top seed Mary Hardin-Baylor, who they unseated 3-1 for the conference title.

“From the beginning of the season we talked about how we must be resilient coming off of a quick turnaround we have never faced, still dealing with covid, a difficult schedule, injuries, etc.,” said Head Coach Marci Allison. “We often spoke about being our best in November and that everything we faced prior to that was preparing us for now…after working so hard, there is a sense of relief, pride, and accomplishment.”

Allison attributed the team’s success at the conference championships to hard practice leading up to the tournament and relaxed confidence once in-match.

“All day Friday they were loose and had a great time together. When we started our semi-final match vs LETU, one of our seniors (Allison Owen) stuff blocked LETU’s best hitter, that set the tone! Our team never looked back. Going into UMHB, there were expected nerves to start, but once we settled in, they played very smart and took some intelligent risks that paid off.”

Another point Allison emphasized upon the tournament’s conclusion was that the conference title was just the team’s first goal, among many. The ultimate goal, Allision said, is always to continually achieve more for the program – and the NCAA D-III Championships provide that platform.

“We have spoken to this team about leaving their own legacy. In our program it’s not just about winning conference. We have done that. This team just set the record for most ASC [Volleyball] titles, so that’s a start! The conference championship is just a required stepping stone to what we want to do…we’re setting out to do more than 2016, ” Allison said.

The second-round exit from the NCAA tournament wasn’t the season’s conclusion that the Comets were looking for. However, in a post-game interview after UTD‘s 3-1 loss to Emory, Allison expressed pride in the team for their season, and emphasized that the team is already looking to the future.

“I think this is the hardest season I’ve seen, ever, in my 18 years. The reason I say that is because coming off of COVID was hard – playing in the spring, ending in May, and then these student athletes having to turn around with not a lot of time off and start training again was tough. I think that was part of our issue going into the beginning of the season, as we also had some injuries, so I’m proud of the resiliency that they showed and the grit they displayed this season. If you heard the lineup when we were coming out, we have lots of underclassmen who can do things, and still have some extra seasons of eligibility that are up in the air, so we’re just kind of waiting to see what we have and looking to move forward.”