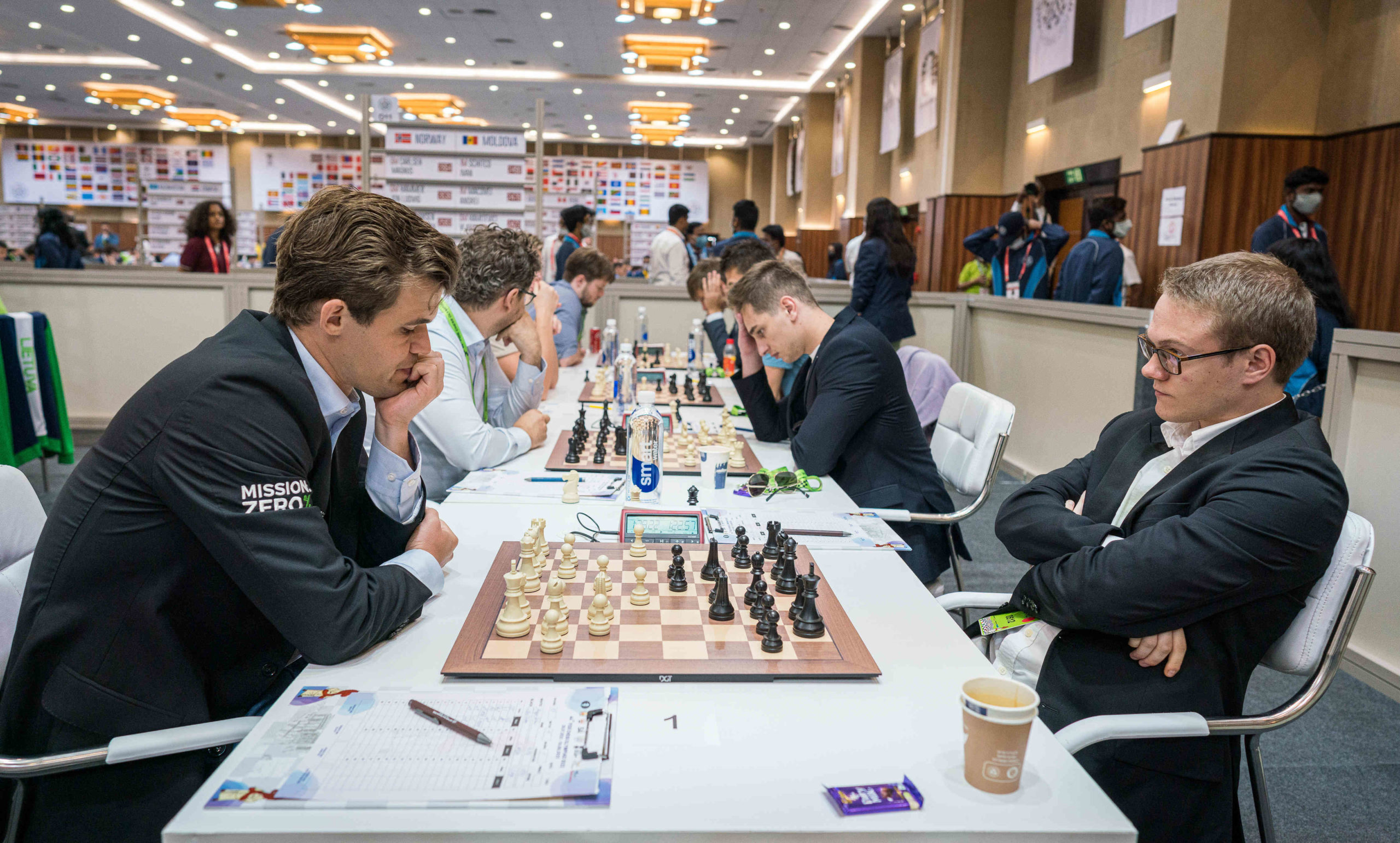 Economics sophomore Ivan Schitco made history at an international chess tournament when he achieved a draw against chess world legend Magnus Carlsen. Schitco was the second ever player from his home country to play Carlsen and the first to draw.

Schitco began playing chess at the age of five in his country of Moldova. He initially became interested in the sport because his sister played chess. While his sister would later quit, Schitco took a liking to chess after his grandparents brought him to a chess academy.

“I quickly got hooked because the game was extremely interesting,” Schitco said, “and I was performing pretty well even without some serious training. I suppose I had some degree of talent when I was little, because I started winning these tournaments. And of course, winning as a young kid, who doesn’t like that? I got addicted like straight from the start.”

Schitco attributes his success both to hard work of his own and to help from chess coaches in Moldova and the UTD Chess Team.
Between July and August 2022, several players from the UTD chess team participated in the 44th Chess Olympiad in Chennai, India. The tournament is structured similarly to the Olympic games; each country sends only a handful of its strongest players. Schitco held first board for Moldova even though it was his first time ever participating in an Olympiad. Schitco’s team’s final sixth place placed them near India and the U.S.

Schitco attended the Olympiad alongside many members of the UTD chess team, who represented a wide array of countries. Some of these members were newcomers to the Olympiad, like master’s student Andrei Macovei (second board for Moldova), freshman Gergana Peycheva from Bulgaria and freshman Karlois Juksta from Lithuania. Several Olympiad veterans also accompanied Schitco, including master’s student Razvan Preotu from Canada and senior Brian Escalante from Peru. The Chess Team’s coordinator, Nikhilesh Prabhakar, is from Chennai and helped to provide live coverage of the event.

In the Chess Olympiad, each team competes for several different prizes arranged into categories based on starting points. The team of Moldova received a gold medal because they were seeded 48 and finished in a higher placing. Schitco emphasizes that the Olympiad is a team-based tournament; four players represent a team, and their result is an aggregate of each player’s performance.

“For example, we beat Norway, which had the world champion right on their team,” Schitco said. “We beat them not because we’re stronger players—they’re obviously stronger players than us—but we just had something special at this tournament. We were united, we were working together. Everyone was young, everyone was ambitious. So I guess it all makes sense.”

Schitco regarded playing Magnus Carlsen as an achievement because only two players from Moldova have ever played against Carlsen.

“There’s Victor Bologan, who’s our greatest player ever,” Schitco said. “He was like top 30 at his best. So an extremely good player, top grandmaster. And then there’s me. So there’s only the two of us who played Magnus in the history of Moldova.”

Moldova was paired with Norway by chance, which turned out to be a stroke of luck for Schitco. The team expected Carlsen to play given that his winning percentage was high. But each team does not find out exact board pairing immediately—until the day of the match, all they are given is the name of the country they are to face. When Schitco found out he was paired with Carlsen, he did not expect much of an outcome, given he was playing black against one of the best players in the world.

“I basically prepared the whole array of chess openings because that guy knows everything,” Schitco said. “I looked at a little bit of everything, but of course I couldn’t realistically predict what he would play. So I just took a walk before the game, slept well, and went into the game. And, of course, Magnus didn’t play his best. When he’s at his best, even computers find it hard to play against him. But you know, I did my best…I mean, I had some chances, he had some chances, but in the end when the dust settled, it was equal. So of course I couldn’t be prouder with such a result. It was a historical result for me and for the whole team of Moldova.”

This summer, Schitco received the title of grandmaster, which is the highest title a chess player can receive. He also became first board for Moldova and will be representing UTD as first board in all future collegiate tournaments. Schitco was excited to be “informally” named team captain.

“So I think I like what happened in this past three months a lot,” Schitco said. “It’s always been my dream to be a good chess player, to lead my team, to inspire others. And I think that’s going pretty well. And for now I just want to keep getting better. I mean, get as good as I can and then take it from there. I don’t really have plans. And, as my coach used to say, we only make plans for yesterday.”

In order to keep up performance, UTD’s chess team treats the game like any other sport, with daily training necessary for consistent results. Every Friday is “chess day” where mornings are reserved for physical training, and afternoons are reserved for the theoretical. The other days of the week are left to individual study, so that team members can work on areas where they are lacking. The team’s intense training represents a large time commitment.

“In general, I just think that you have to enjoy it,” Schitco said. “Of course you have to do some work… but at the same time, I love chess a lot. So for me, it’s a passion, so I can easily work on chess two or three hours every day. Maybe even more.”
Schitco would especially like to thank UTD’s grandmaster chess coach, Julio Sadorra. Schitco said that while his previous coaches also helped him greatly, Sadorra was the last help he needed to reach the level of grandmaster.

“After three or four months of working together…it just all clicked. And in April I got my final requirement for the grandmaster norm and in summer I fulfilled everything. So it was just a cumulative effect after that. It just all came into place. And my game took a completely different shift and I elevated my level.”