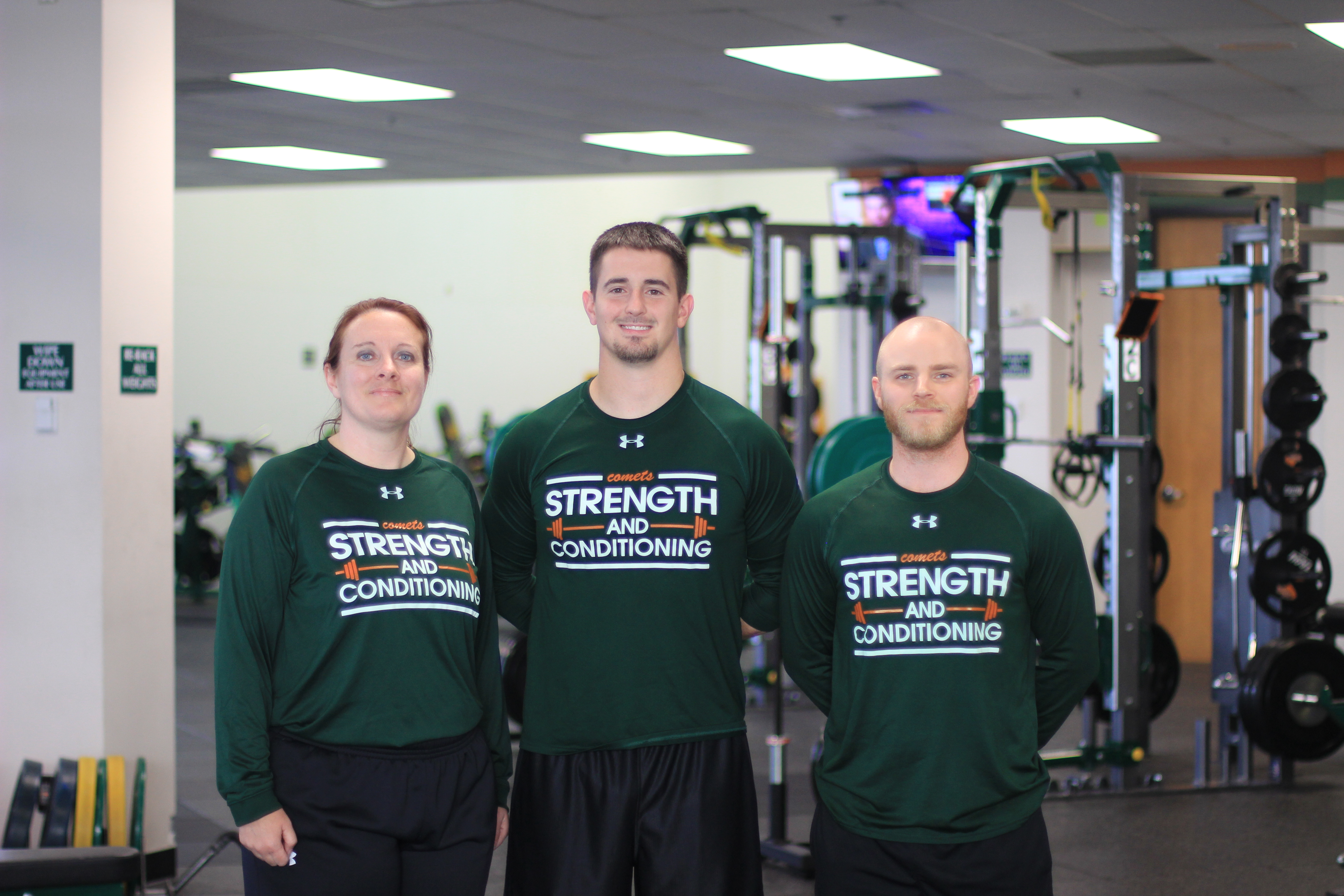 The program, which began in the summer of 2015, is led by Head Strength and Conditioning coach Jami Clinton. A year after the program’s inception, UTD has had a successful fall sports season, winning three out of four possible conference championships.

It takes about a year for a strength and conditioning program to make a significant difference with the athletes, Clinton said.

“The athletes have to buy into what we’re doing, which they obviously did a wonderful job at doing,” she said.

Time with Clinton and her team is usually scheduled before or after practices during the season. This was new to the athletes and sometimes caused conflicts with schoolwork, but the athletic department worked with them to prioritize academics. The athletes also adjusted to a dedicated strength and conditioning time during the off-season as well, which is not mandatory but key to keeping in shape for the following season.

“That was a unique situation. Before they had strength and conditioning, they could go workout at the Rec at 10 p.m. and do their own thing. They weren’t accustomed to having it in their schedule,” Clinton said.

The athletes’ buy-in to the program encouraged them to push harder this year, Clinton said. They stuck with the routine and trusted her. In return, athletes came to her after the summer and told her how much they felt they had improved.

“That’s the benefit of the athletes who put in an entire year’s worth of work,” Clinton said. “It’s so rewarding for them to come in and feel stronger.”

The athletic department expanded the strength and conditioning department this year, both in personnel and in equipment. Clinton said the new equipment they purchased this year contributed to the success of the season because it gave athletes the ability to train better for each sport.

Even more important to Clinton, her two assistant athletic trainers were hired to aid in managing all the student-athletes at UTD. After a year of Clinton running the program single-handedly, the addition of two assistants allowed the department to spend more time with each sport.

“I’m her right hand man and I see it as my job to make her the best possible strength coach, even though she’s already the best strength coach there is,” Worrel said. “I’m just trying to help her look even better.”

Coming in this year, Worrel could see the athletes’ efforts from the previous year paid off as they continued to push themselves this year.

“What they planted last year got harvested this year,” he said.

“The offseason is just as important as the in-season when it comes to conditioning, if not more important,” she said.

The women’s cross-country team has performed well in the past few seasons, finishing second in both the 2014 and 2015 ASC championships. This season marked their first conference win. House said the strength and conditioning program was what put the team over the top.

House is looking forward to seeing the future of the younger athletes who have the opportunity to train for all four years with Clinton, because the current seniors only had two seasons with her.

“When she gets a whole four years under some of these kids’ belts, they’re going to be strong,” House said. “It’s going to make a big difference and I can’t wait.”

Mechanical engineering senior Michelle Toro, who is on the volleyball team, said she’s seen a tremendous change from when she started at UTD to where the team is today, thanks in part to the addition of the strength and conditioning staff.

“Across the board, we’re a lot stronger, especially when it comes to injuries,” Toro said. “We’re more preventative, and that’s what Jami really focused on. That’s the goal of weight training — not just to get stronger, but to also improve our mobility so that we prevent injuries where they may happen.”

Clinton talks to the coaches regularly, which allows her team to play off of what is done in practice wherever possible, choosing workouts that complement what they’re refining.

She also always asks the athletes to always put in a high level of effort.

“You don’t look back and say ‘Oh, I wish I hadn’t worked so hard in June,’” Clinton said. “That doesn’t happen because you’re getting fitted for conference championship rings.”

The athletes go out and support each other when they can, Clinton said. That turns to competitiveness between the sports and a drive to match each other.

“Winning is contagious,” Clinton said. “A challenge I put on the board is that three out of five of our fall sports won conference championships. I just simply said, ‘What will that list look like come March and May?’ Hard work pays off.”

In the future, Clinton said she thinks the conversation will turn to which team will win the first national championship. For now, she hopes that the sports will keep up with the precedent set by volleyball, men’s soccer and women’s cross-country.

“It would be great if 2016-2017 was the most successful year ever for UTD athletics,” Clinton said. “We’ve had a good start and hopefully we’ll continue on. The rest of the sports have the same mindset, so it’s going to be an exciting winter and spring.” 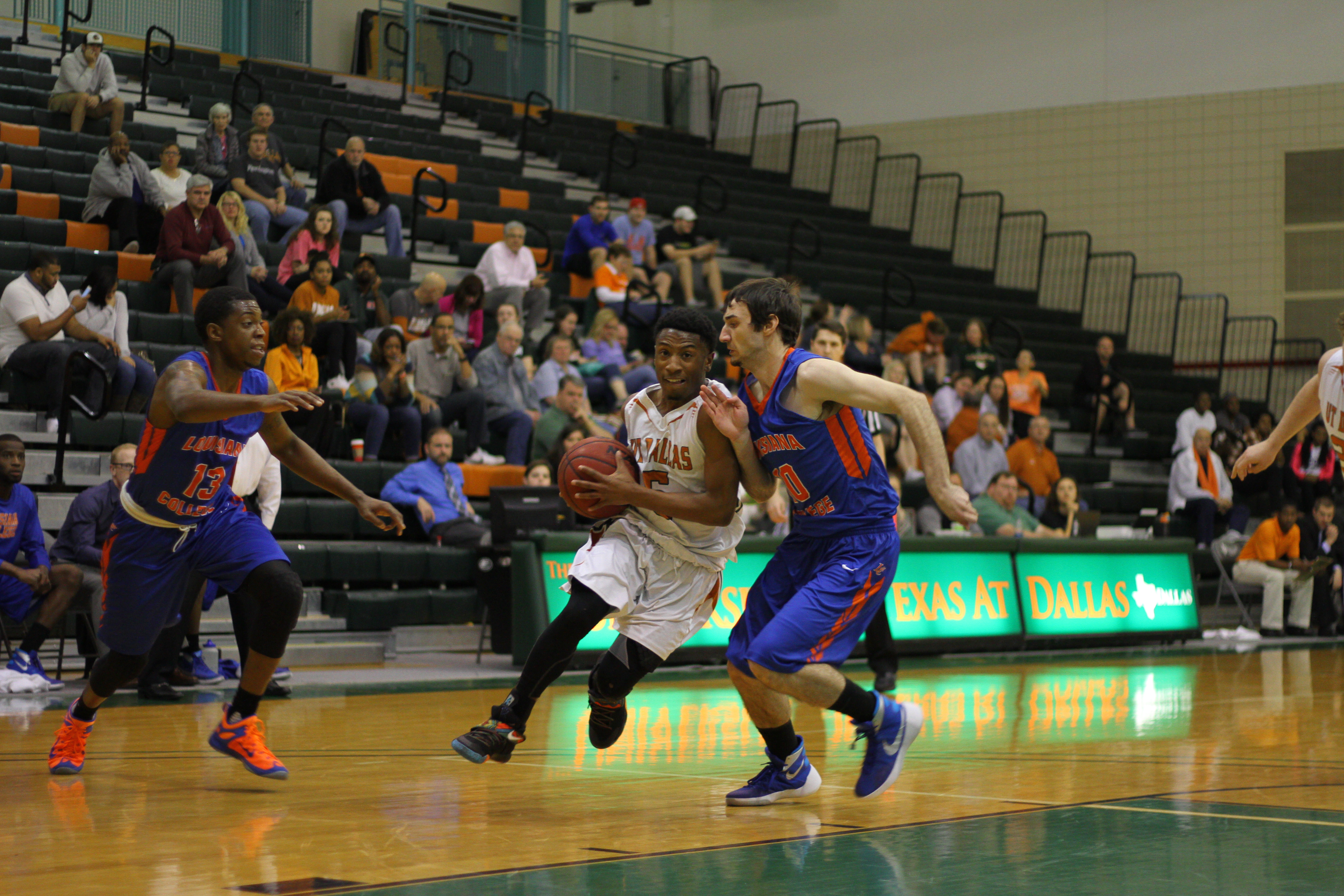