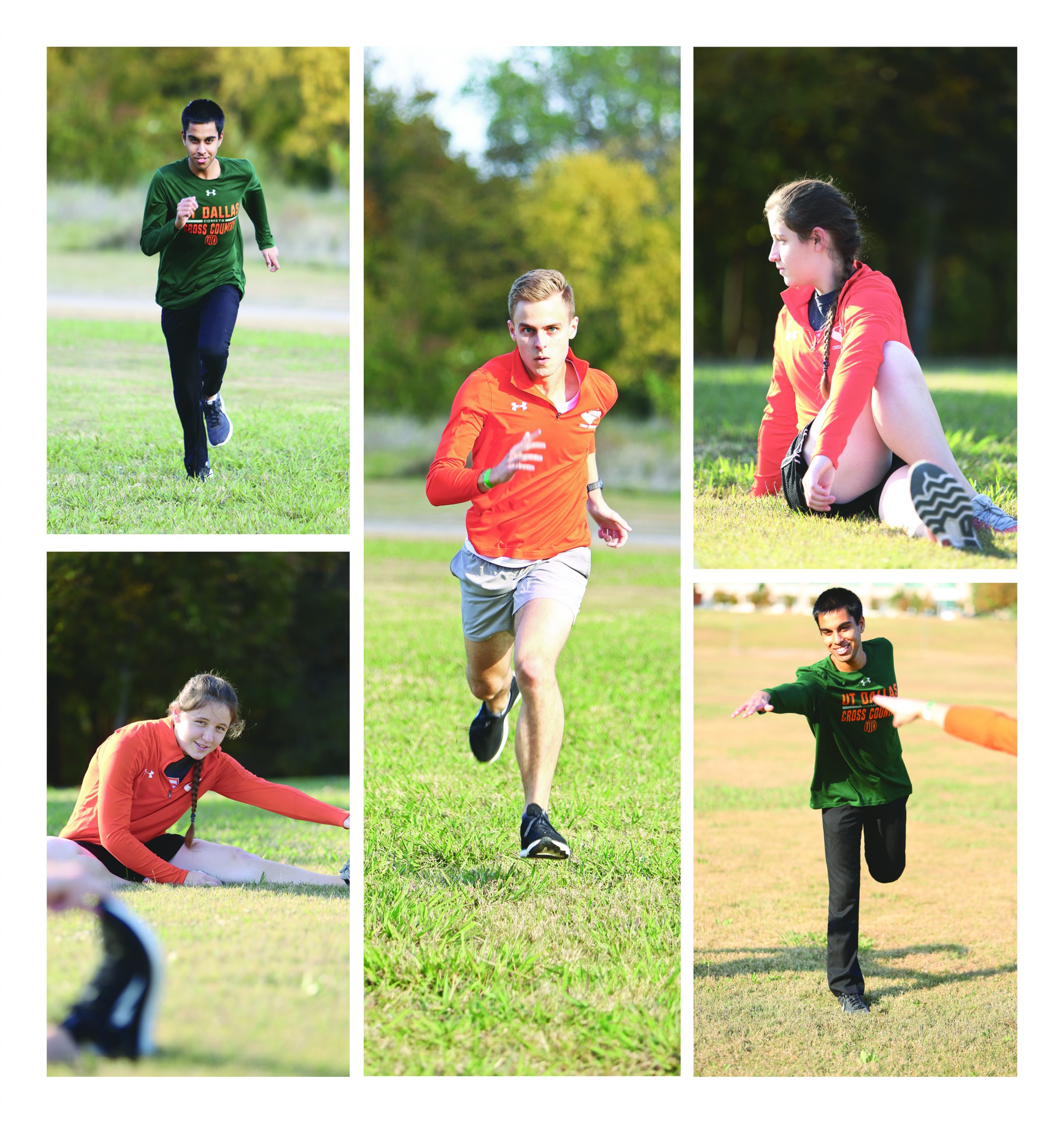 Despite COVID-19 restrictions, the new UTD track and field team has hit the ground running in its first semester as an official program.

Kcholi said that because the program is just getting started, the team is primarily composed of distance runners who also compete in cross country – though the team does have two freshmen who are solely track athletes. As the sport and campus continue to grow, Kcholi said, the long-term plan includes hiring more coaches and building a track.

“UTD is such a great place to grow a track team,” Kcholi said. “It’s going to take us a little bit longer than we expected just because of COVID and budgetary restrictions that are due to that. It’s just a great place to be, and we hopefully will attract a very diverse track and field team – eventually where we can cover all the event groups.”

Computer science freshman and track athlete Jocelyn Heckenkamp said that she doesn’t see the lack of facilities as a detriment to the team.

“It’s not a disadvantage that can’t be overcome,” Heckenkamp said. “From a running standpoint, we’re just going to do what we’ve always done: just keep running and run fast.”

The team currently meets in small groups to practice, Kcholi said, and the size of the athletic fields allows the runners to stay apart from one other so that they never come into close contact. Athletes living at home this semester are still able to do the workouts on their own.

“We’re able to meet every day, so we’ve been able to get some work done,” Kcholi said. “It’s not like a normal year at all, but we’re lucky to have been able to do what we’ve done so far.”

Freshman Devan Bailey decided to stay home in Pennsylvania for the fall semester but has been able to train on his own. Bailey communicates with Kcholi to get the workouts and completes them at a local track or on the roads near his home.

Bailey said that while he enjoys the flexibility that training independently provides, he’s looking forward to running with the team when he comes to campus for the spring semester.

“I really want to get out of the perpetual limbo to kind of have more structure and also to share it with others, because that’s another really big joy for me for the sport, is to be able to run with others and kind of share that experience,” Bailey said.

The plan for the rest of the academic year is to have a shortened three-meet cross country season beginning in January, after which the outdoor track season will begin, said Kcholi. Under normal circumstances, there would be an indoor season as well, though Kcholi thinks that is unlikely to happen this year.

In the meantime, the team has been able to compete in a virtual meet series organized by Kcholi and another ASC coach. Participants practice and run on a nearby local track, recording their times with their watches for Kcholi to post. While the events are casual, Kcholi said, they’re a good way to keep the athletes engaged during what would normally be their peak competition time.

Participation in the virtual series has been a bit limited so far, but Kcholi is hopeful that the upcoming event in November will have good competition.

“That last race is kind of like a mini championship, so [the runners] can look at how they compare to the other schools in the conference, and it’ll be a nice little fun thing to do before they go home for Thanksgiving,” Kcholi said.