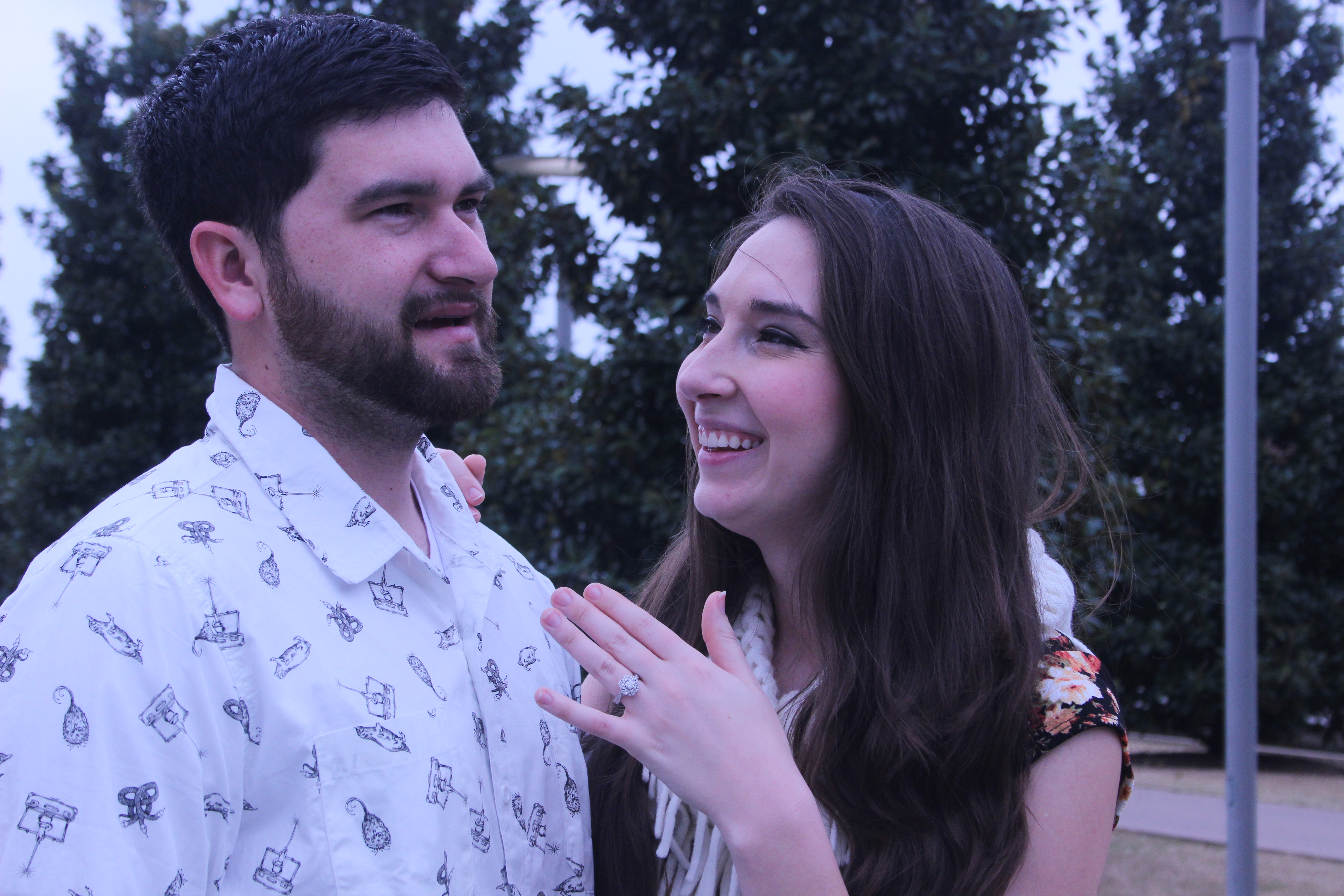 Robert Stevens, an interdisciplinary studies sophomore, got the inspiration to propose to his girlfriend, junior cheer assistant Molly Millsap, from her love of mascots. Stevens wore a blowup mascot suit to surprise her during the halftime show. Millsap was cheering at the Feb. 16 basketball game when it happened. Photo by Ruth Varghese | Mercury Staff.
Sports

The basketball game halftime show on Feb. 16 was interrupted by Robert Stevens tearing out of a blowup mascot suit, walking across the court to his girlfriend Molly Millsap and getting down on one knee to pop the question. She said yes.

“I told her mom then, before we even got accepted into the school, that whenever I proposed, I wanted to be in a mascot suit, and then when we came here (and) found out they had a blowup mascot. So it just worked out perfectly,” he said.

Stevens started planning the proposal last semester and tailored it to fit Millsap’s love for mascots and the comedy they bring to a sporting event.  Millsap, an assistant to the cheer team, was already supposed to be at the game to cheer.

“They’re one thing at the game that always brings humor. The action of the game is from the players but at a sporting event what gives you humor, what makes you laugh, is the mascot,” she said.

Millsap said she wanted a proposal people could see. Stevens fulfilled that wish.

“The thought of it would be because of who she is, she likes mascots, I just knew everything I put into it, associating a mascot in it, me actually being in a mascot suit, would mean the world to her,” he said.

Stevens said the aspect of the proposal that meant the most to him was the simple fact that it would make Millsap happy.

“It meant the most to me because it meant so much to her, because I knew it would mean a lot to her,” he said.

Millsap knew Stevens was in the blowup mascot costume but did not know what was going to happen. Stevens had planned for the juggler in the halftime act to use Millsap as an assistant so that she would be out on the court for his proposal.

“It made the proposal so much more meaningful. The fact he did it in a way it meant more special to me and it’s very personal and no one else can connect in that way. That’s what I really love about it,” Millsap said.

The proposal ended with an engagement and a kiss. Even with her suspicions, Millsap said she did not know that the proposal was going to happen the way that it did.

For Stevens, the engagement symbolizes a new turn in the couple’s relationship.

“It meant a lot to me in the aspect of our relationship, just getting to the next level and just since then it really has it’s just a title that it feels that we have more love in general,” he said. “We’re not married yet, we’re still in a relationship, but we’re in the in-between stages of being boyfriend and girlfriend and being Mr. and Mrs.”

The engagement fulfilled one of Millsap’s dreams.

“It’s like a new phase. Like wow, this is real now. My high school crush is about to be my husband now. It’s something I’ve always dreamed of,” she said. 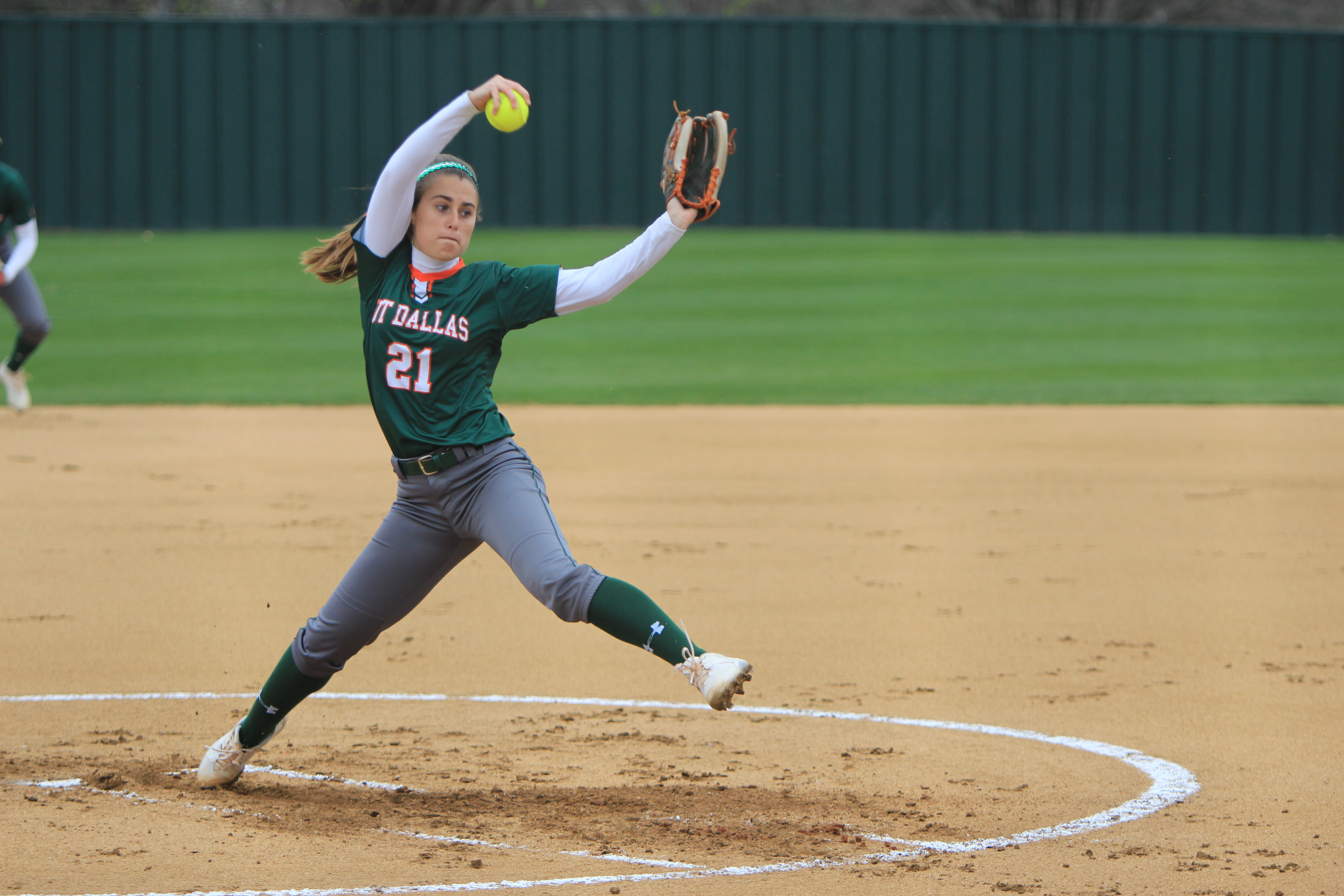