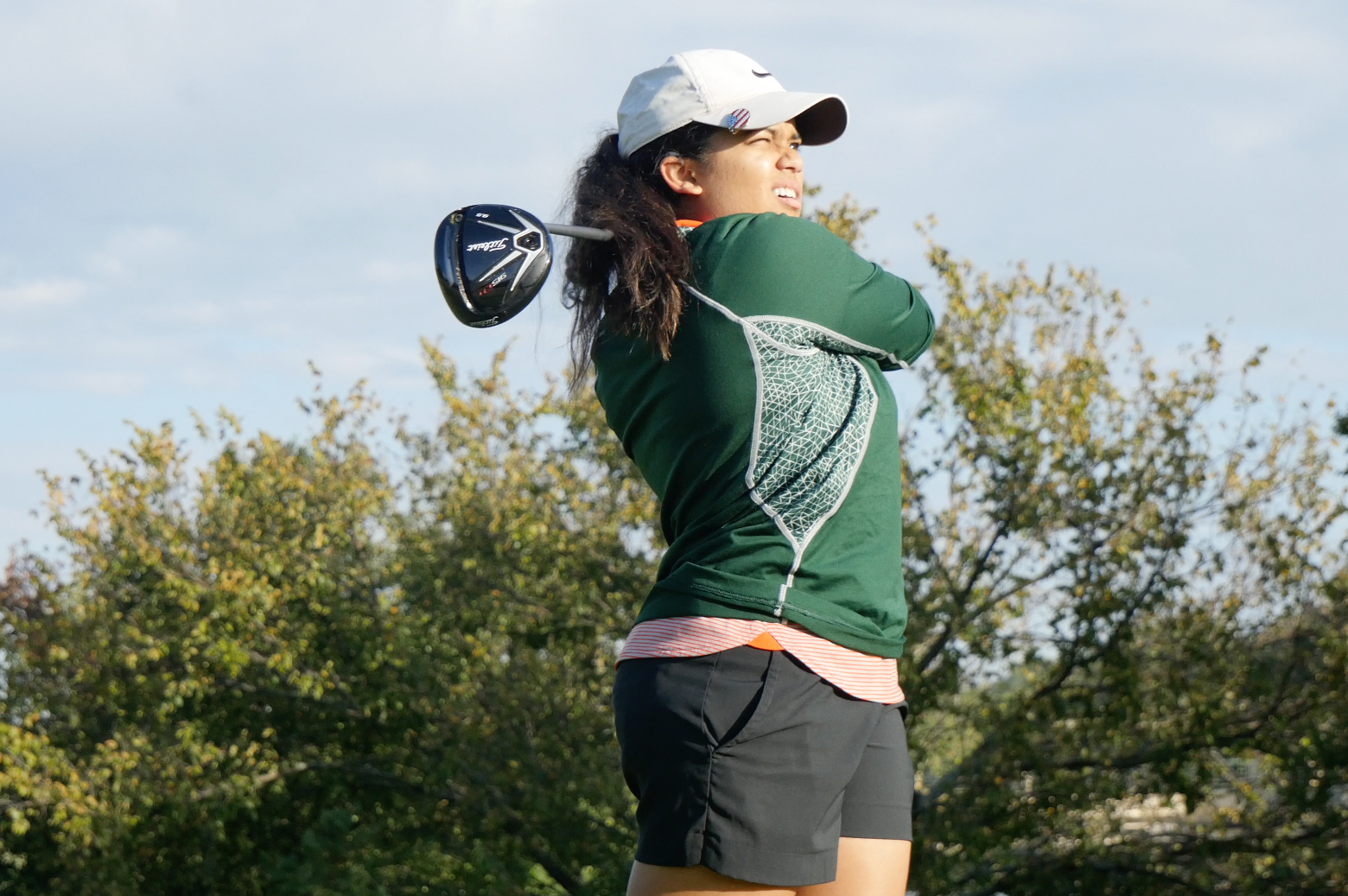 Shreena Bhakta is in her first season at UTD. Bhakta is completely deaf in one ear and partially deaf in the other, making her the only golfer who is deaf at UTD. Bhakta, who has never met another golfer who is deaf, is able to overcome her impairment with the help of a cochlear implant and speech therapy. Photo courtesy of UTD Golf Team.
Golf
Sports

A UTD golf player is using her platform as an athlete to draw attention to a cause dear to her as the team completes its 19-week season after the off-season break.

Shreena Bhakta, an emerging media and communications freshman, is on the women’s golf team and has played golf for five years. Bhakta is the only deaf member on the UTD golf team, but she said she feels like any other player because of the school’s accommodations.

Bhakta is completely deaf in one ear and partially deaf in the other. She overcomes her hearing impairment with cochlear implants and has worked with a speech therapist since she was 7 years old.

Michelle Edgar, an emerging media and communications freshman, believes that Bhakta’s hearing impairment doesn’t pose major obstacles for her on the field.

“We really don’t notice any difference because golf isn’t really a sport where you have to communicate a lot,” Edgar said. “When we have tournaments, our coach just has to talk to the players that she’s playing with and say she’s hard of hearing, so they just use hand signs.”

Bhakta said the dynamic between her teammates and coach has helped improve her performance as well as the team’s.

“I get to see my golf teammates and my coach happy because if I score good, then we are all happy. If I score bad, we are all still happy,” Bhakta said. “It doesn’t matter if we score bad or good, we all get happy because we love golf. It makes our relationship closer.”

The women’s golf team had its strongest season last semester. One freshman group of three players currently ranks eleventh out of 325 schools. This spring, they hope to place in the top three, which has never been done by UTD women’s golf. So far this season, the team has played a Division III and Division I tournament and placed fourth and tenth respectively.

“When we played with the Division I girls, they were all surprised that we were playing because we don’t get any scholarship money to do it, so it’s solely because we like and enjoy playing golf,” Edgar said.

Both men and women’s golf competed in four tournaments during the fall season and will compete in at least three more games during the spring at the Texas Cup, West Regional Invitational and the ASC Championships to conclude the season.

Head coach Butch Edge coached both teams since 2015. He said he hopes to see how they’ve improved on the golf course now that the off-season is over and newer players have gained experience during the fall.

“We’ll be better in the spring than we were in the fall. It’s only my second year here, and it takes about three years to get a program rolling,” Edge said. “We have great freshmen men and women coming in next year, and we’re going to try to take it to another level.”

The golf team’s off-season lasted from October to February. NCAA rules and regulations state coaches cannot be involved in training during this period. The players stay in shape by visiting a strength and conditioning coach and practicing through an unaffiliated club or on their own.

“At that time it’s all voluntary,” Edge said. “(But) if they don’t keep up during our off-season, they won’t be playing very much in the spring.”

During the regular season, the team has morning practices off-campus Monday through Thursday at Twin Creeks and Watters Creek in Allen or Canyon Creek Country Club in Richardson.

“Our sport is not like any other sport because of our commitment. We have to drive 16 miles to a course. It’s not on campus,” Edge said. “The commitment golfers make is unbelievable because our practices are four, four and a half hours a day not two, two and a half. There’s a lot of little intricacies in golf that aren’t in other sports.”

“They’re coming into a new environment, a new program. Junior golf is not high school golf. Their requirements are much stronger, not just athletically, but academically,” he said. “We talk about being special in the classroom and on the golf course. The men last year won the national championship for the top academic golf team in the nation.”

Their improvement will be on display during the remaining competitions in March and April, ultimately leading UTD golf to the ASC Championships in mid-April. The greatest progress is expected in the freshmen, who have historically shown the biggest differences between the fall and spring seasons.

“Both men and women are way stronger, especially after freshmen fall season, coming into freshmen spring. You see a tremendous amount of difference because the lightbulb goes off, so to speak,” Edge said. 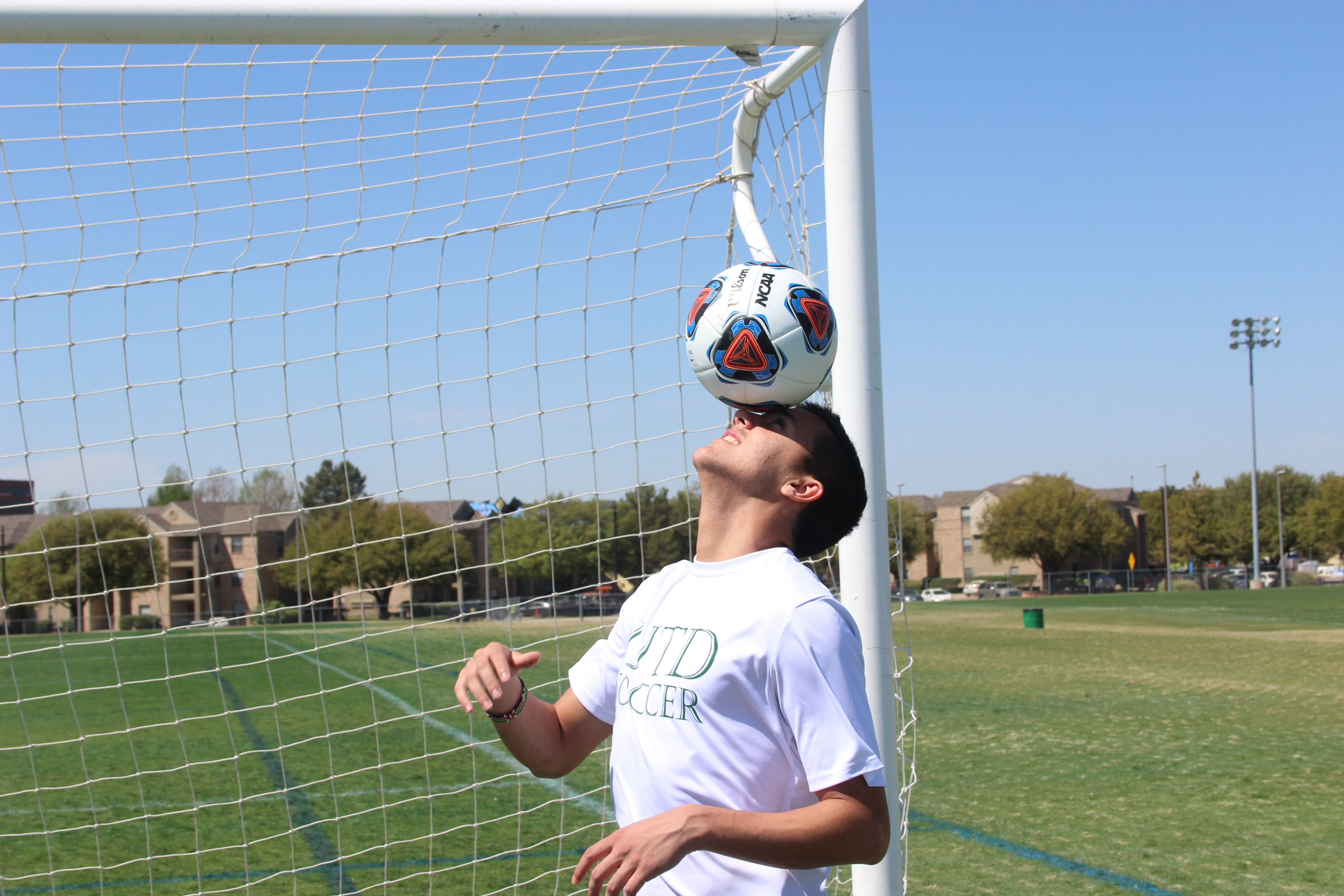