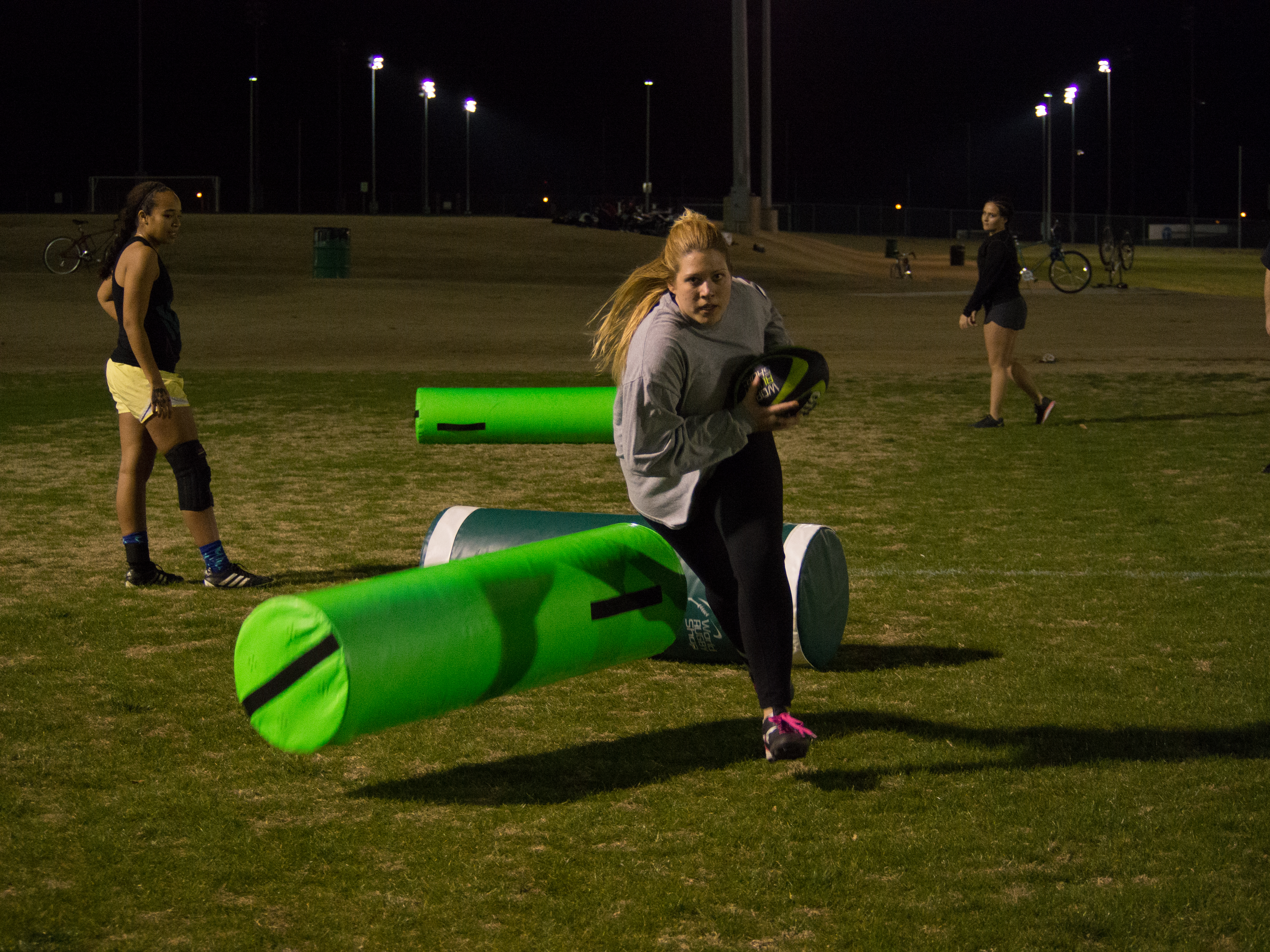 Rugby player Kaitlyn Stacey practices with the rugby team at night on Jan. 31. Practices are held at the UTD soccer fields. Difficulties with finding new recruits and retaining players due to graduation have plagued the team, but it has still increased in size during each of its three seasons on campus. Photo by Roman Soriano | Mercury Staff.
Sports

The UTD women’s rugby team has been growing in size each year since its inception, yet it still struggles to recruit and retain players.

“The women’s team’s retention rate is pretty low because so many people find out about it when they’re about to graduate,” Holmes said.

Despite this, head coach Tony Wagner said the team has improved over time.

“When they started their program, it was seven or eight girls that just wanted to play,” Wagner said. “Where we’re now at about 14 girls that still just want to play rugby, but their focus is more than what it was three years ago.”

Even though the team was created three years ago, senior team captain Victoria Wobser thinks the reason for the team’s unsuccessful recruitment efforts is people’s attitude toward the sport.

“The culture of UTD is pretty academic. So we do have quite a few people show interest, but like this semester they dropped out because they’re taking 19 credit hours and they have a job and everything,” she said.

Wobser believes that the stereotypes that come with playing rugby, a sport traditionally considered more masculine, may also be getting in the way of girls joining the team.

“It either comes in two ways, they’ll ask ‘Are you a lesbian or something?’, or it’ll be like, ‘Oh that’s cute, do you guys go out and play the guys?’” she said. “It is kind of annoying just because we’re trying to be taken seriously as a sport, and that’s just one more hurdle we have to jump over.”

For the players that are currently on the team, the sport’s aggressive nature is part of the allure.

Geosciences graduate student Kaitlyn Stacey plays prop, which is comparable to a linebacker in football. They push in the scrums, which are a way to reset plays after minor infringements. She enjoys the fact that rugby is a contact sport.

“Sometimes girls come and they realize the contact is too much for them. They can’t handle it so they don’t play, but the girls who are looking for that always really enjoy it. It’s cathartic,” she said.

“I was going to do flag football, but rugby is different. It’s more interesting, it’s tougher,” she said. “Contact is fun. You have to get hit, and then you get up. If you get the ball again, you get down immediately. It’s harder.”

Holmes said during recruitment he receives a lot of questions about safety. However, he stressed that proper precautions are important and are taught to the team.

In order to alleviate its issues with recruitment, the team is going to make a push to advertise the club more and convince more girls to try it out.

“We’re going to plaster up a bunch of flyers soon, and talk to the assistant director of rec sports to see if we can get ads on the signs or anything,” Wobser said. “And just word of mouth is a big way that we usually recruit.”

Although the number of players on the team is low, Wagner believes that the team will continue to improve, and will perform well during their spring season.

“We’re doing really well, and if we can continue this process of recruiting and bring out more and more girls, then we will get better and better,” he said. 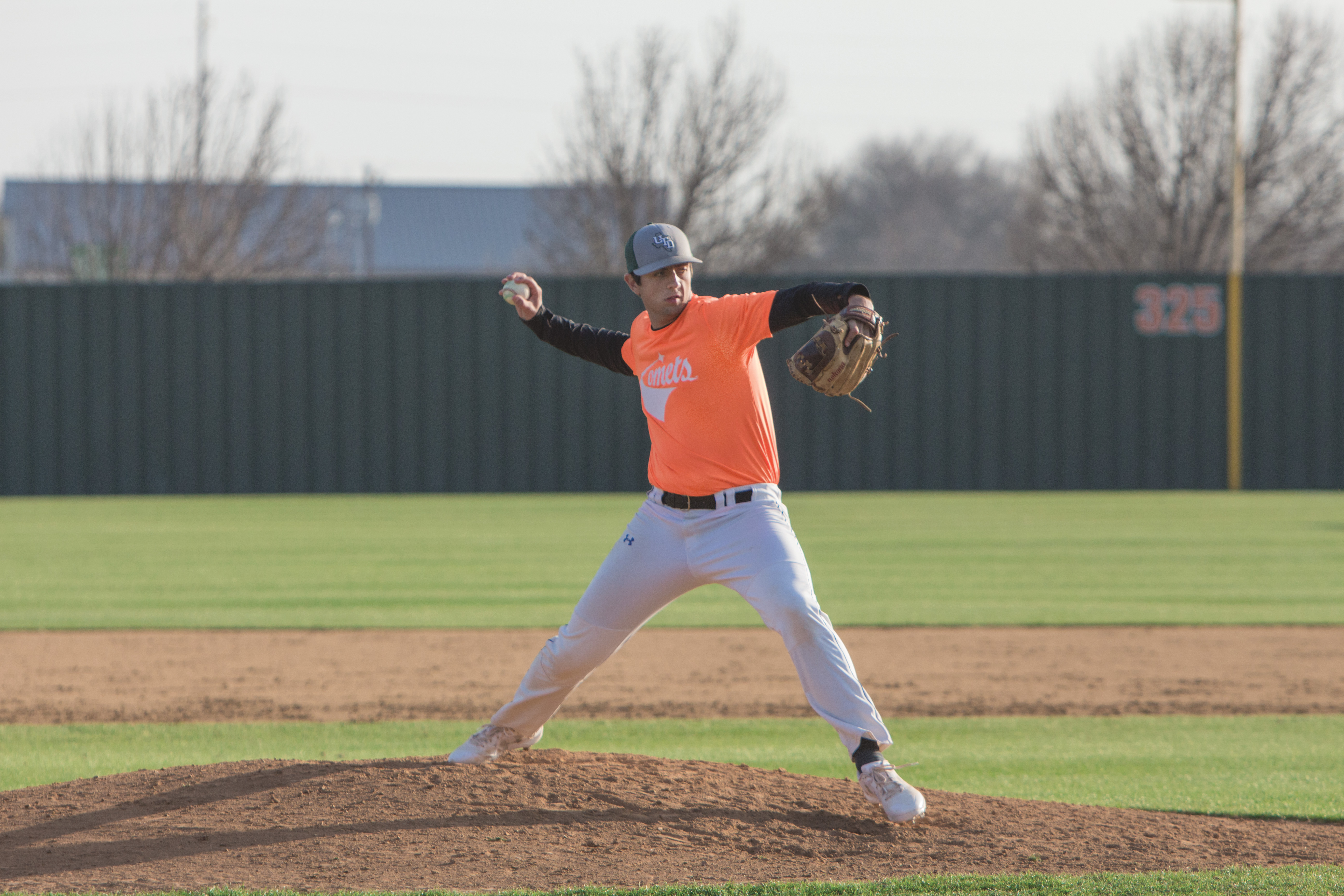 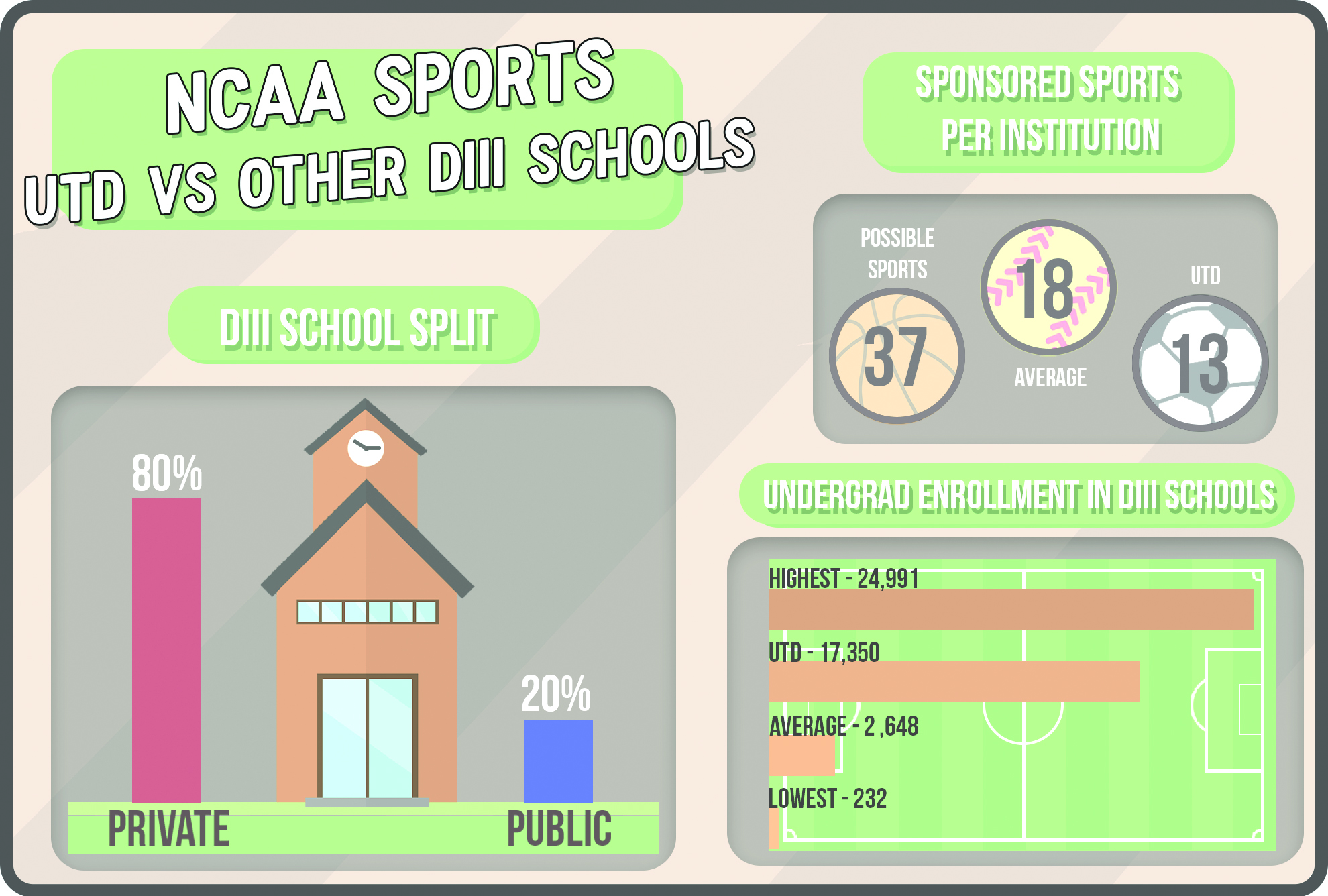