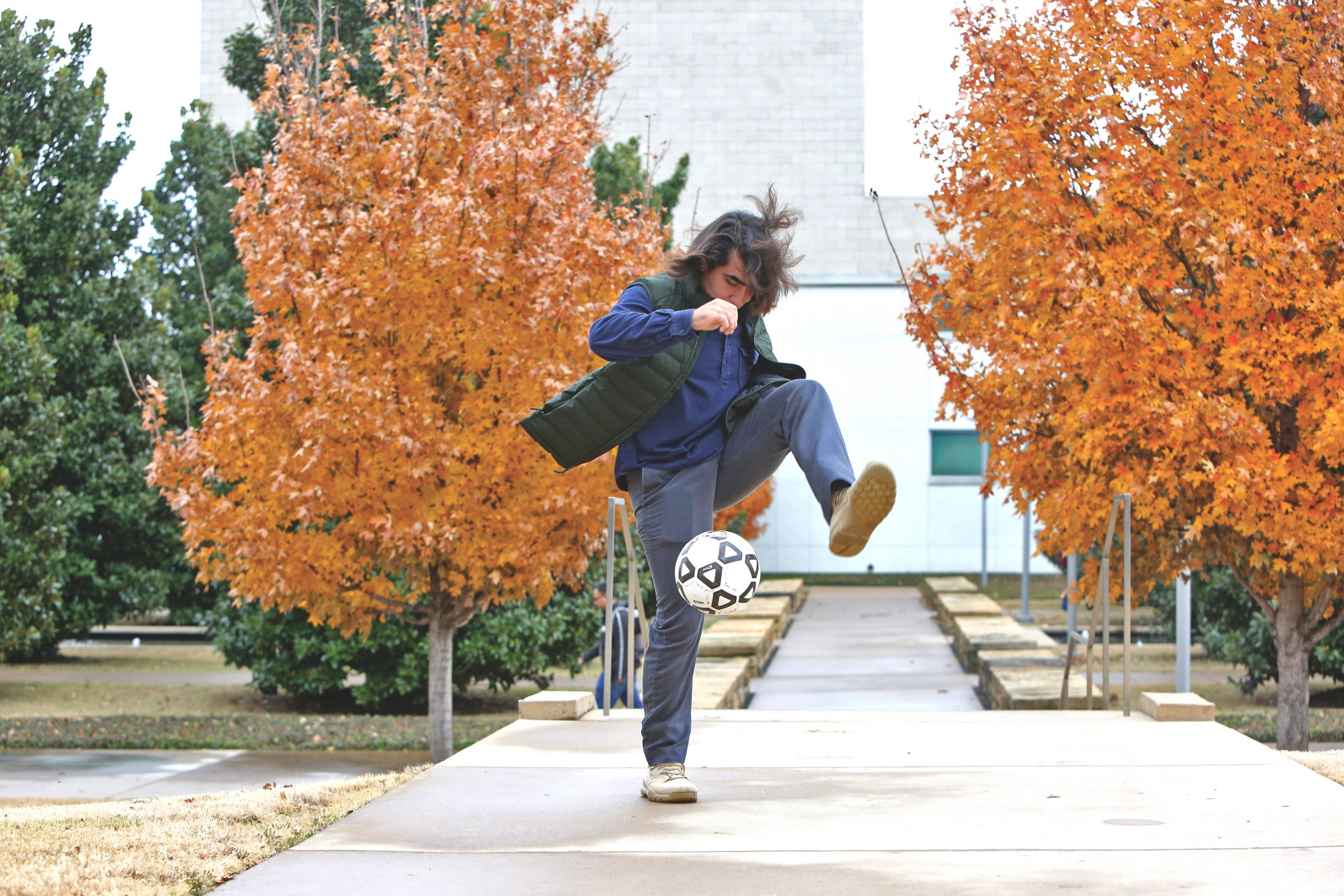 Men’s soccer forward Jovi Munoz helped lead UTD to ASC gold with two game-winning goals in the ASC semi-finals and finals. From the field to the booth, Munoz is a multihyphenate student and recent conference MVP.

Munoz, a supply chain junior said he has been playing competitive sports since the fifth grade. In all four years of high school he played both soccer and football. For Munoz, school started at 7:25 a.m. in Mansfield, Texas. His afternoons and evenings were spent at soccer practice, and he was usually home by 10 p.m.

“Since fifth grade until now I’ve had sports and school together. And I think it actually helps me become a better student,” Munoz said. “It allows me to time manage more and get my stuff done. But yeah … sports has been very important to me.”

In his senior year, Munoz had offers from UT, UTD, the University of Dallas, California State, Bakersfield, Chico, San Dominguez, California Lutheran, Oklahoma State, Texas Tech and Rutgers for soccer and football. He accepted an offer to play football as a kicker at Oklahoma State. Eventually, he decided to transfer to UTD, a school that had been trying to recruit him since his junior year of high school.

“I liked football,” Munoz said. “It was just super hard for me to study and do that. (At Oklahoma State) it’s way more time playing football. It’s 5:30 a.m. until 9:00 p.m. every day and then you only get one month off the whole year. I just couldn’t really study and I wanted to get good grades.”

At Oklahoma State, Munoz said, he missed the city environment of the DFW area and wanted to focus on his academics.

“It was still always a great college town, but it just didn’t fit me,” Munoz said.

Munoz said UTD is a great school academically, and is growing. He said he wanted to be able to say he went to UTD and played soccer.

In his three semesters at UTD, he has joined the Meteor Theater, the Center for US-Latin American Initiatives,  Radio UTD and soccer. Munoz, who doesn’t drink coffee, said he gets all his energy from six hours of sleep.

He uses time spent on the bus traveling to games to listen to music and create his sets for Radio UTD. He said he’s listened to 265 albums in 2019, but programming a three-hour set, especially while travelling, is still difficult.

“Sports definitely made me more competitive in the classroom. But other stuff is more relaxed, so that’s why I also like to do Radio because it gets my mind off of soccer,” Munoz said.

Munoz’s music for his programming is mostly ambient, electronic music. Frank Ocean is his favorite artist, but he said he’s been listening to a lot of Joni Mitchell and Jesus and the Mary Chain.

Although Munoz likes music, he said he likes movies even more. He said he likes talking with friends about movies at Meteor Theater and can talk about films for hours. This year, his top picks are “Parasite,” “The Lighthouse” and “The Irishman.”

Munoz was named tournament MVP for his performances at the ASC championship. In the postseason, Munoz said, he has more energy on the field. The games are more fun, he said, because more people go to watch and the games count toward the NCAA Tournament.

“We scored an early goal in the first minute and I was like, ‘Hey, we’re going to win this game easy,’” Munoz said. “And then they get a cheap call penalty kick two minutes after us that they scored and then it was just 1-1 for the next 90 minutes.”

Munoz said the Comets were dominating the game but couldn’t break the tie with The Ozarks. Mentally, Munoz said, he was preparing for the game to go to the penalty kick shootout.

Munoz said he was nervous going into the finals against Concordia because of the Comets’ 2018 loss in the finals.

The game was tied at 0-0 until 70 minutes into the match. Munoz said as a center forward he always looks for rebounds coming off the goalie because it leaves a free goal.

“The whole season I’ve been doing that and none of them bounced back to me. And in this one … I was hoping, ‘Please don’t catch it.’ And he pushed it out,” Munoz said. “I’m like, ‘Maybe I could score it right here.’ And then again, I didn’t even aim. I just knew the goal is right there and I was going to get a touch on it and I did it and it went in.” 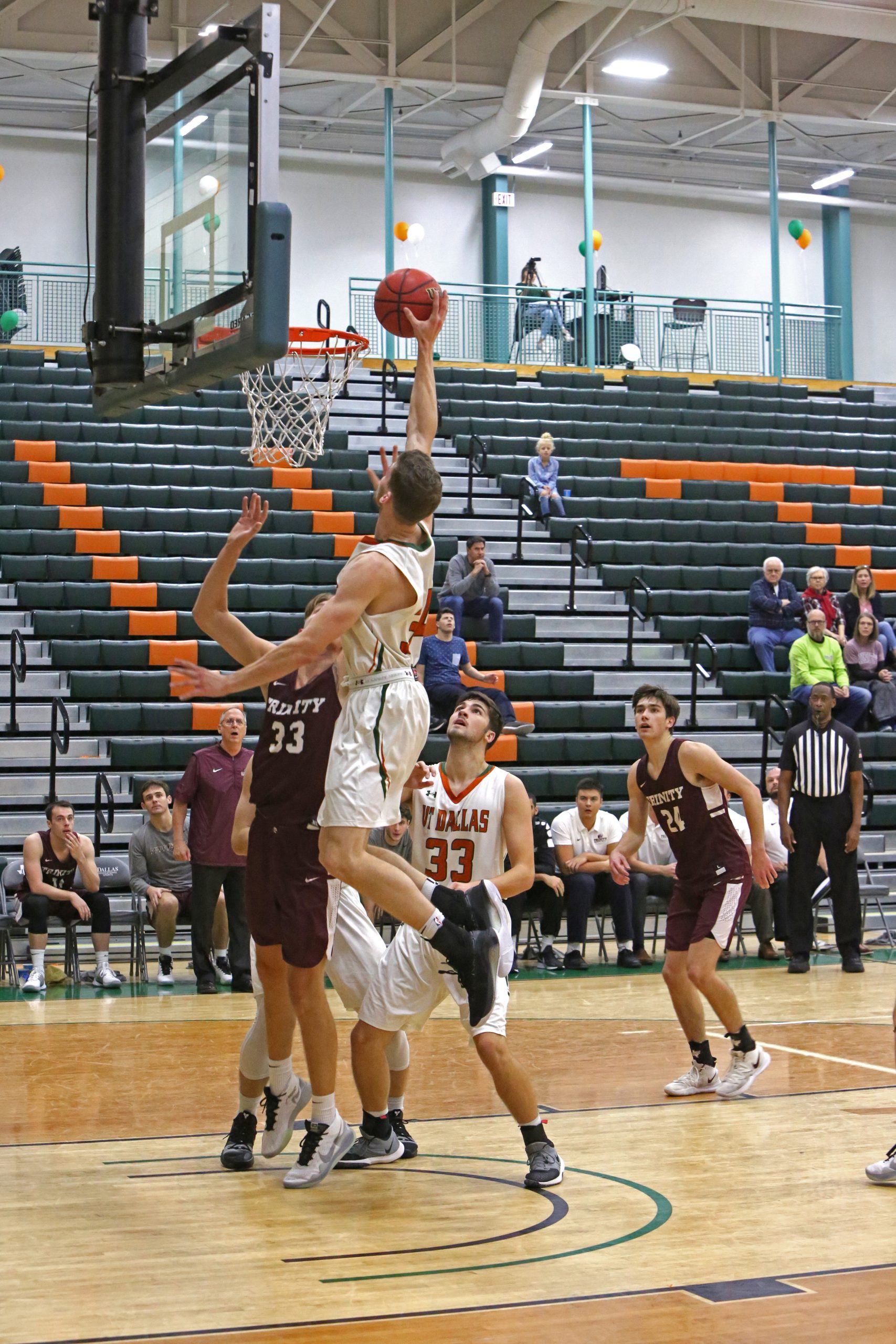