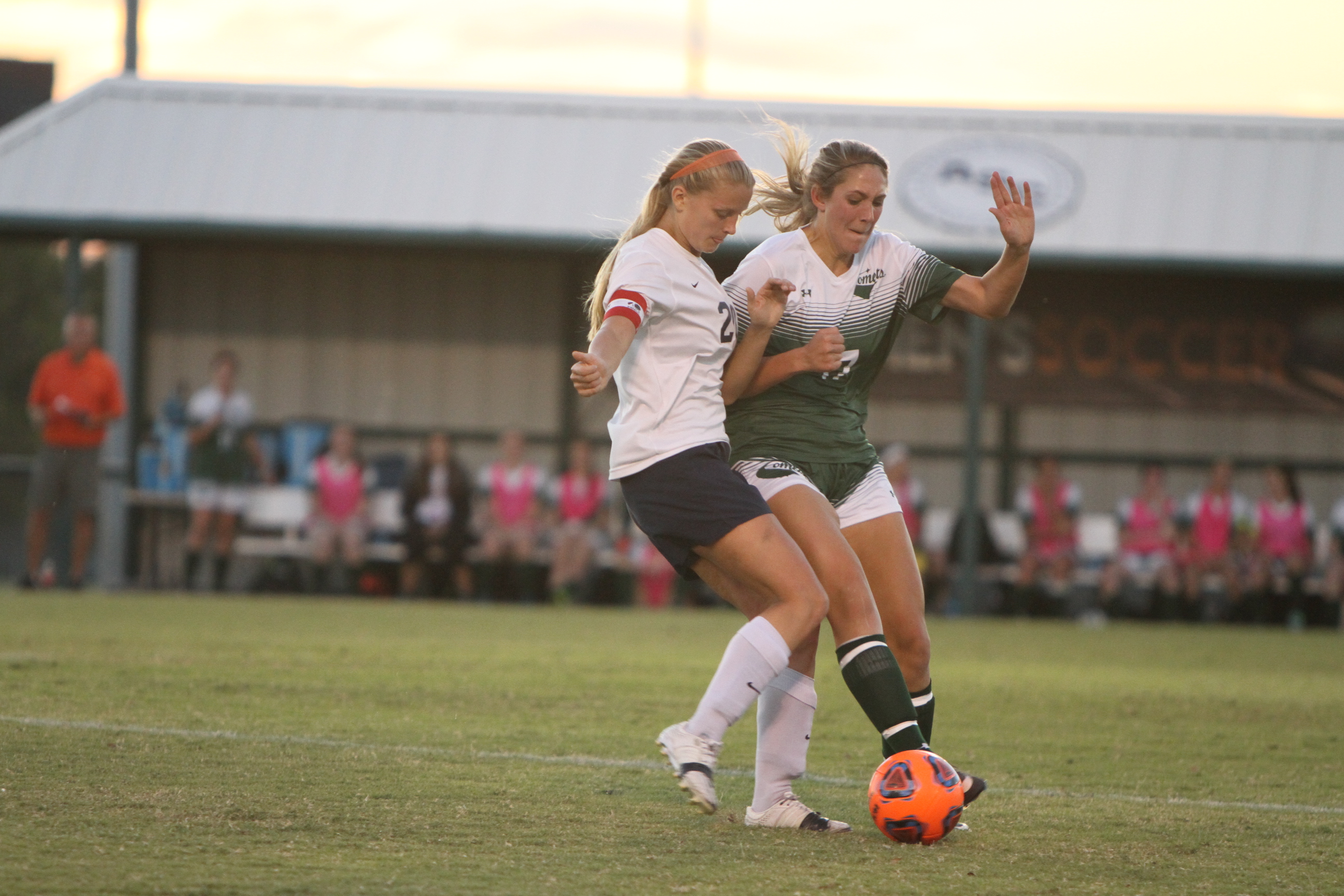 Women’s team looks to shake up ASC tourney after year of learning, rebuilding

After graduating nine seniors and losing all 11 starters from last season, the women’s soccer program has entered a rebuilding phase. Despite this, the team (13-7, 6-4) is still right in the middle of the ASC play-off picture. They finished fourth in the conference and will get to host LeTourneau in the first round of the ASC tournament on Nov. 3.

The squad consistently starts eight freshmen and rounds out the rest of the line-up with a combination of sophomores and juniors to fill in the final three starting spots. The team’s only two seniors have been sidelined after suffering injuries in the early portions of the season.

“It’s unusual to have more than two or three freshman in a starting line-up,” head coach Kanute Drugan said. “We’re a very young team — the youngest team I’ve had in my 21 years in the NCAA.”

Drugan said he set no expectations for the young team that was already facing enough pressure. He was more concerned about their game-by-game development than the numbers on the scoreboard.

“I’ve told them time and again I don’t care about the win or the loss,” he said. “Just this season, I don’t care. I don’t care what the score says on the scoreboard during the game or after the game. What I care about is us getting better.”

After posting the program’s sixth straight 10 plus win season and the sixteenth time overall in its nineteen year history, the team has already surpassed last seasons 46 goal scoring total.

“We do a lot of sequences,” junior forward and captain Megan Mugavero said. “We’re trying to become more of a dynamic attacking team this year, so we work a lot on that in practice and just kind of finding the side of the net more … we always go far post this year and that’s something we usually struggle with. That’s why we’re scoring so much.”

The Comets are third in the ASC in goals with 32 and fourth in assists with 24.

In each of their victories, the Comets have been able to break open the scoreless game and tally a goal in their favor — something Drugan sees as a result of the team’s make-up and hopes carries over into the post-season.

Now that the season is winding down and more games are under their belt, the coaching staff said it has noticed the team playing with a new sense of confidence.

After suffering an ankle sprain on Sep. 25 against Mary Hardin-Baylor, Mugavero has returned to the team and said she feels close to 100 percent. Being one of five active upperclassmen on the roster, Mugavero said she tries to instill belief into the young core.

“We just played Tyler, the number one team (in our conference), … and only lost 1-0,” she said. “We just saw we could’ve won that game and that’s our top opponent. It’s realizing we can win this whole championship if we want to put our mind to it.”

Lapses and organizational errors on defense are two things Drugan said the team must eradicate if they hope to have any success in the post-season.

However, he said he sees this season as a building block for a team that isn’t anywhere close to peaking.

“As we measure ourselves now as compared to back then when we would’ve played some of those teams (in our conference), I think we feel like we’re a better team and maybe they are too,” Drugan said. “But we had more room to grow than they did. So I think that evens the playing field a lot more and maybe even slides it in our favor.” 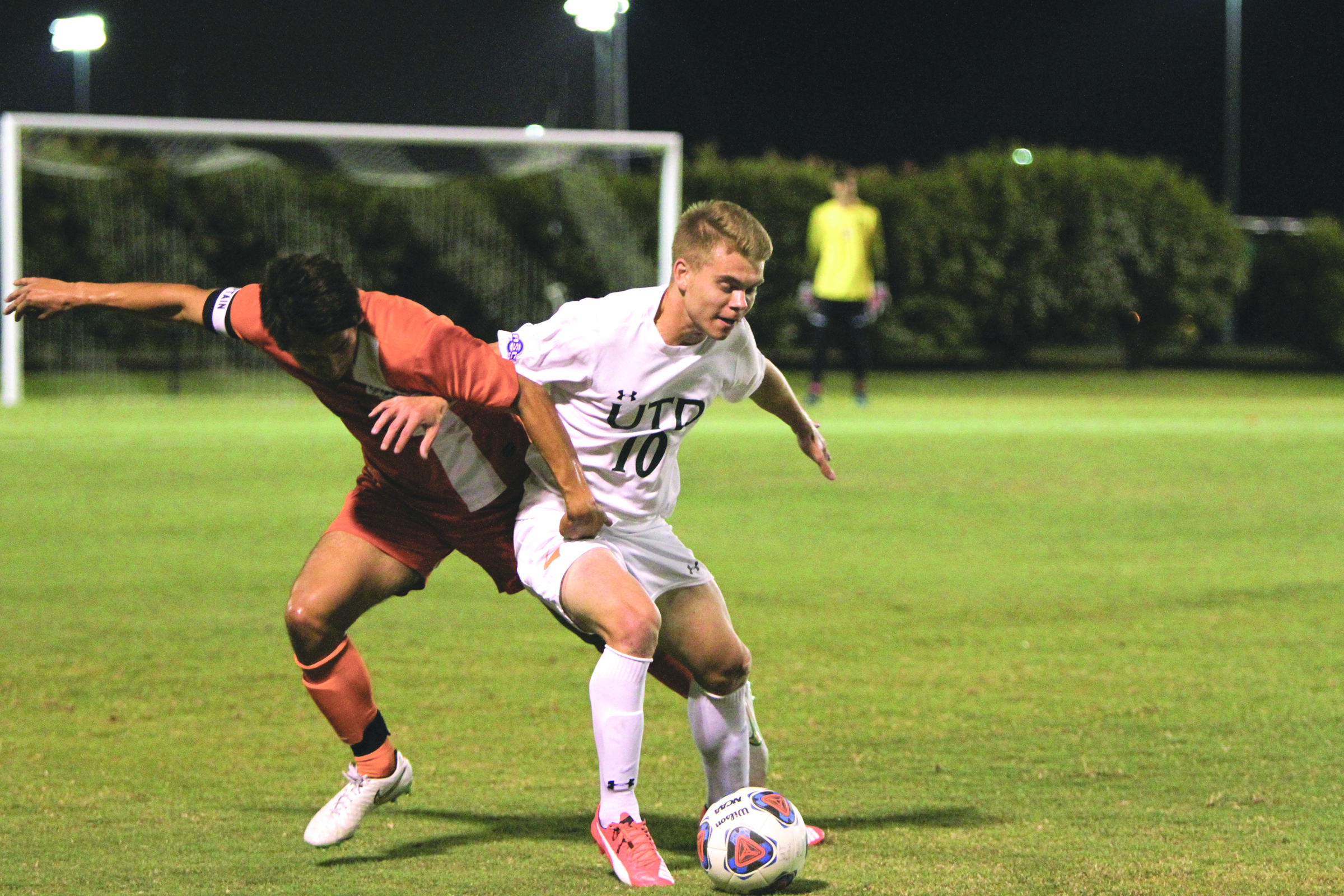 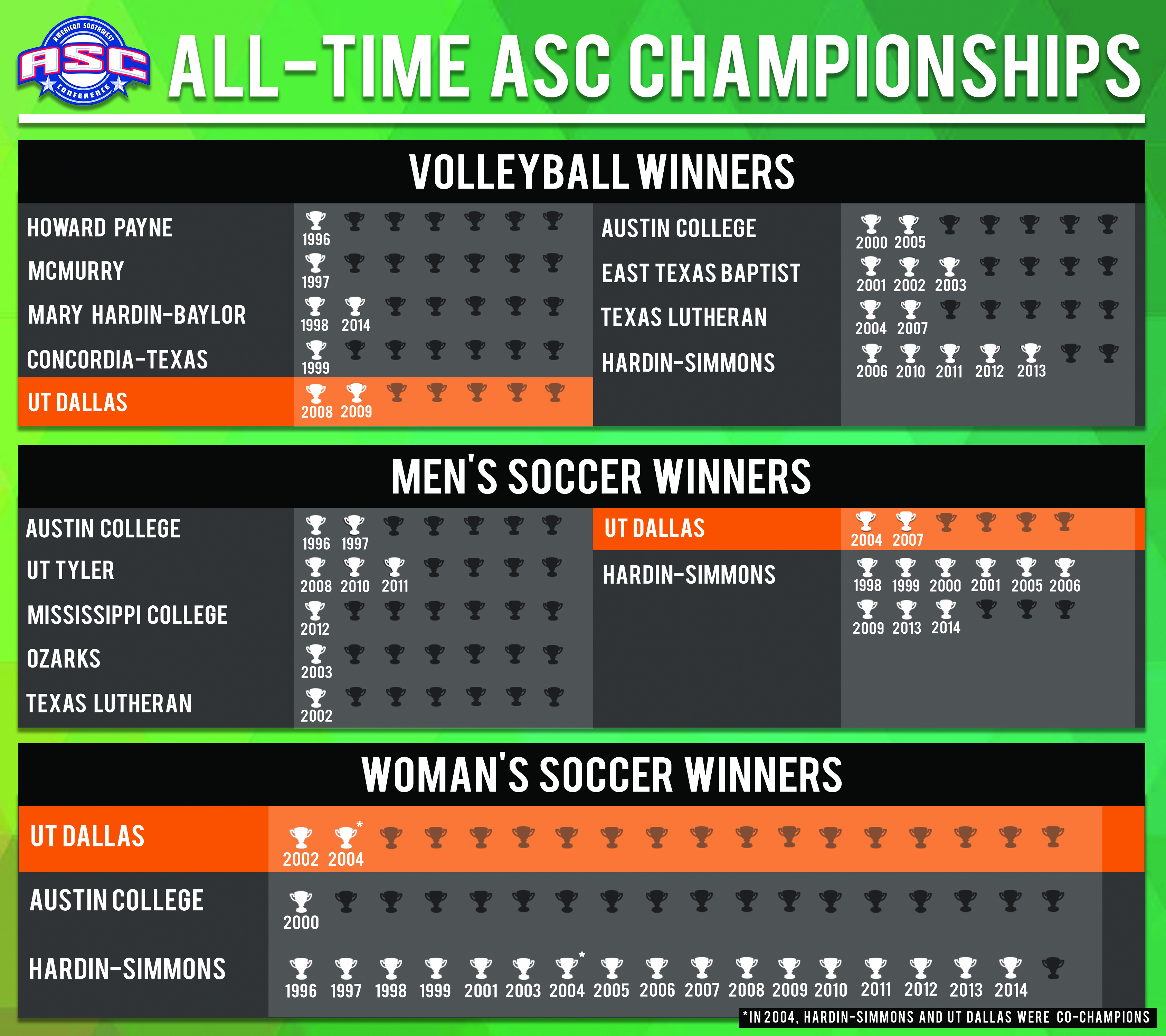