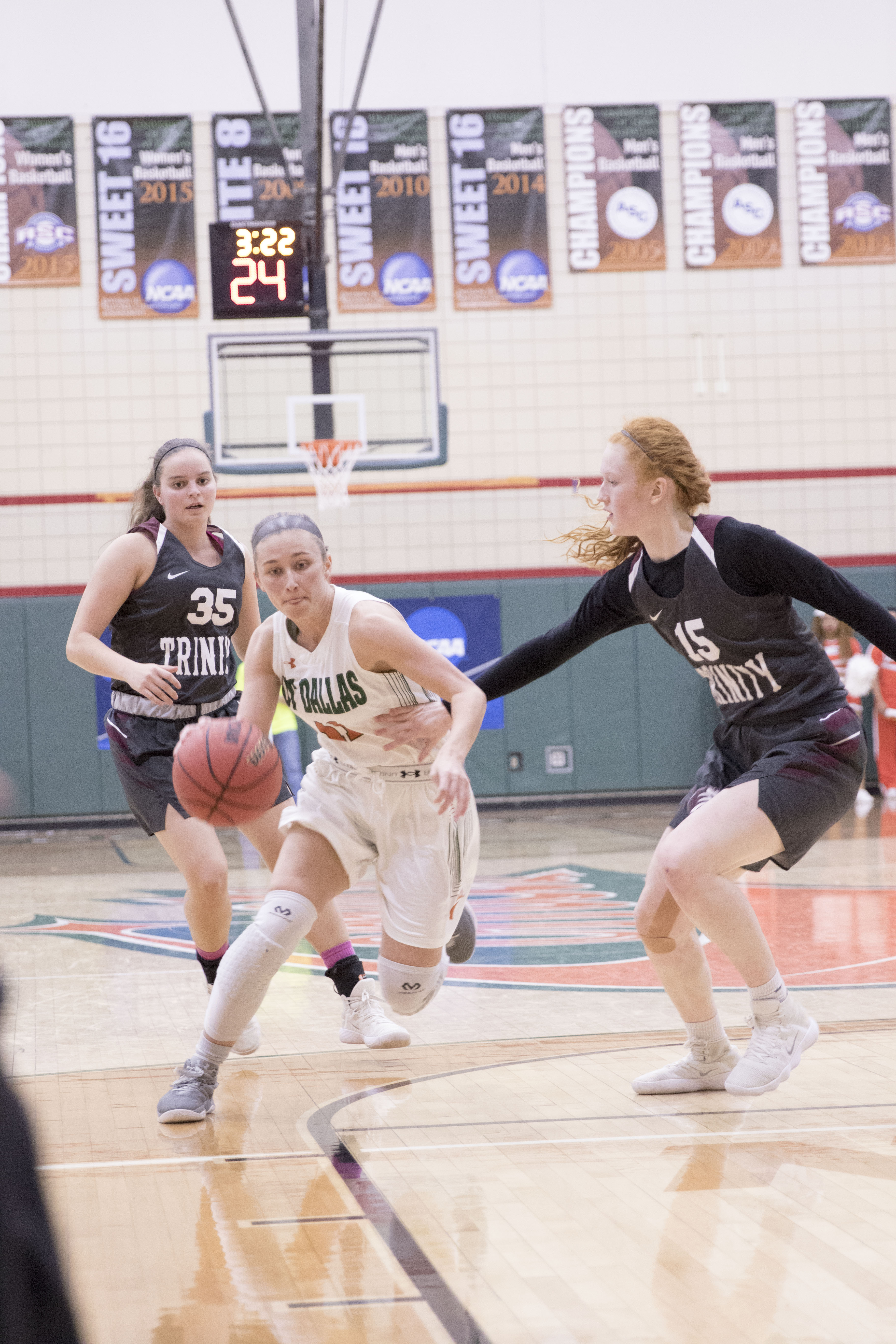 The UTD women’s basketball team was eliminated in the second round of the NCAA Division III National Tournament after securing an at-large bid.

Despite losing in the semifinal round of the ASC on Feb. 23, the team was selected for the NCAA Division III National Tournament after ranking No. 24 in the polls. The Comets hosted the first two rounds of the tournament on March 2-3 for the second consecutive year. The team was matched against Trinity University in the opening round before moving on to face East Texas Baptist University, the team that defeated them a week prior in the ASC Tournament.

During the regular season, UTD didn’t play Trinity, who was ranked No. 21 in the NCAA National Polls. The last time the teams met was during the 2016-2017 season, a game UTD lost 46-54. This time proved different as the Comets started off by gaining and maintaining a small lead on the Tigers, ending the first half with a 4-point lead. Trinity head coach Cameron Hill attributed the Comets managing their lead to a home advantage as well as being able to do what they needed to do.

“UTD took advantage of being at home,” Hill said. “When they needed the points, they got them, when they need the stops they got them. We did the same to a point, but it wasn’t enough in the stretch.”

The Comets continued to lead throughout the final half of the game, and the game ended 79-70 with UTD up 9 points over Trinity. Three freshman guards led the team. Kelley Skinner had seven rebounds, and she had a team-high 17 points and four assists in her 33 minutes of playtime. Alexa Boushey went 6-for-8 on field goals in her 36 minutes, and Raenett Hughes’ eight rebounds were the most on either team. Skinner said that the team was excited again after the disappointment of last weekend’s tournament.

“Everyone was so upset after last weekend,” Skinner said. “But that was the incentive to come out and win.”

On March 3, the team went up against ETBU after losing against them the previous weekend. The first quarter of the game started off close, with the Comets only leading by 2 points at the buzzer. The second started the same way until ETBU snagged a 5-point lead over the Comets halfway through the game. Head coach Polly Thomason felt the team’s defense was good, but lacking in some areas.

“Defensively, we were solid,” Thomason said. “I just don’t think things went the way we need to. I thought we got some stops that we couldn’t finish with either a rebound or just maybe the right call at the right time.”

The second half of the game started in favor of ETBU, as they continued to gain ground on the Comets, with the team stuck on defense most of the third quarter. The Comets weren’t able to put points on the board for the first four minutes of the third quarter. Sophomore guard Victoria Pena put up 15 points in the second half, but the Comets couldn’t close the gap. The game ended 51-64, eliminating UTD and sending ETBU to the third round to play Saint Thomas.

After the game, Thomason said she was happy with the season overall, despite how the tournament turned out.

“We’re going to celebrate this season,” Thomason said. “I don’t think we’re going to look forward to next year just yet. We’ve got a great group of seniors we want to finish the year out with and we want to let them enjoy the rest of the school year as a team.” 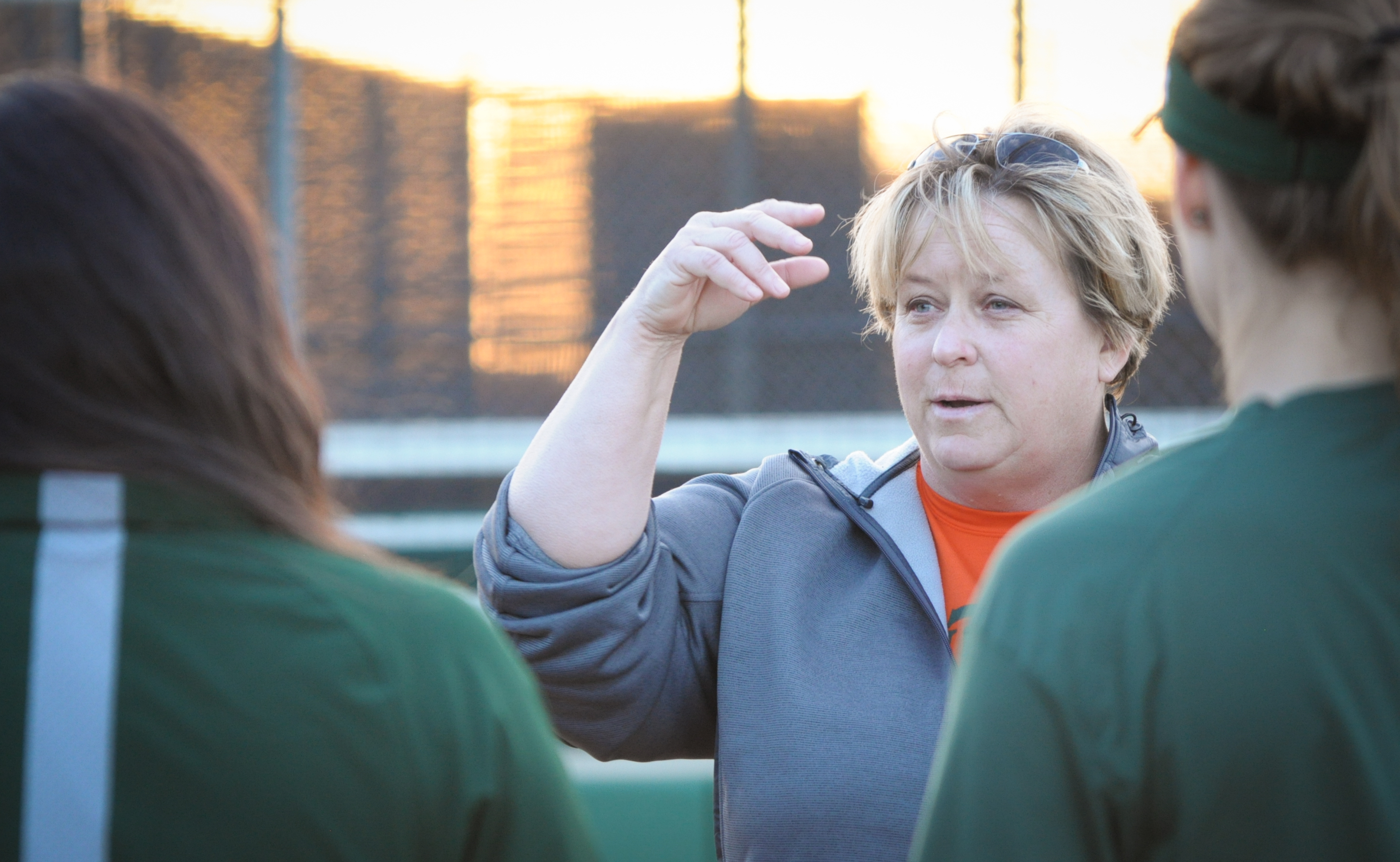