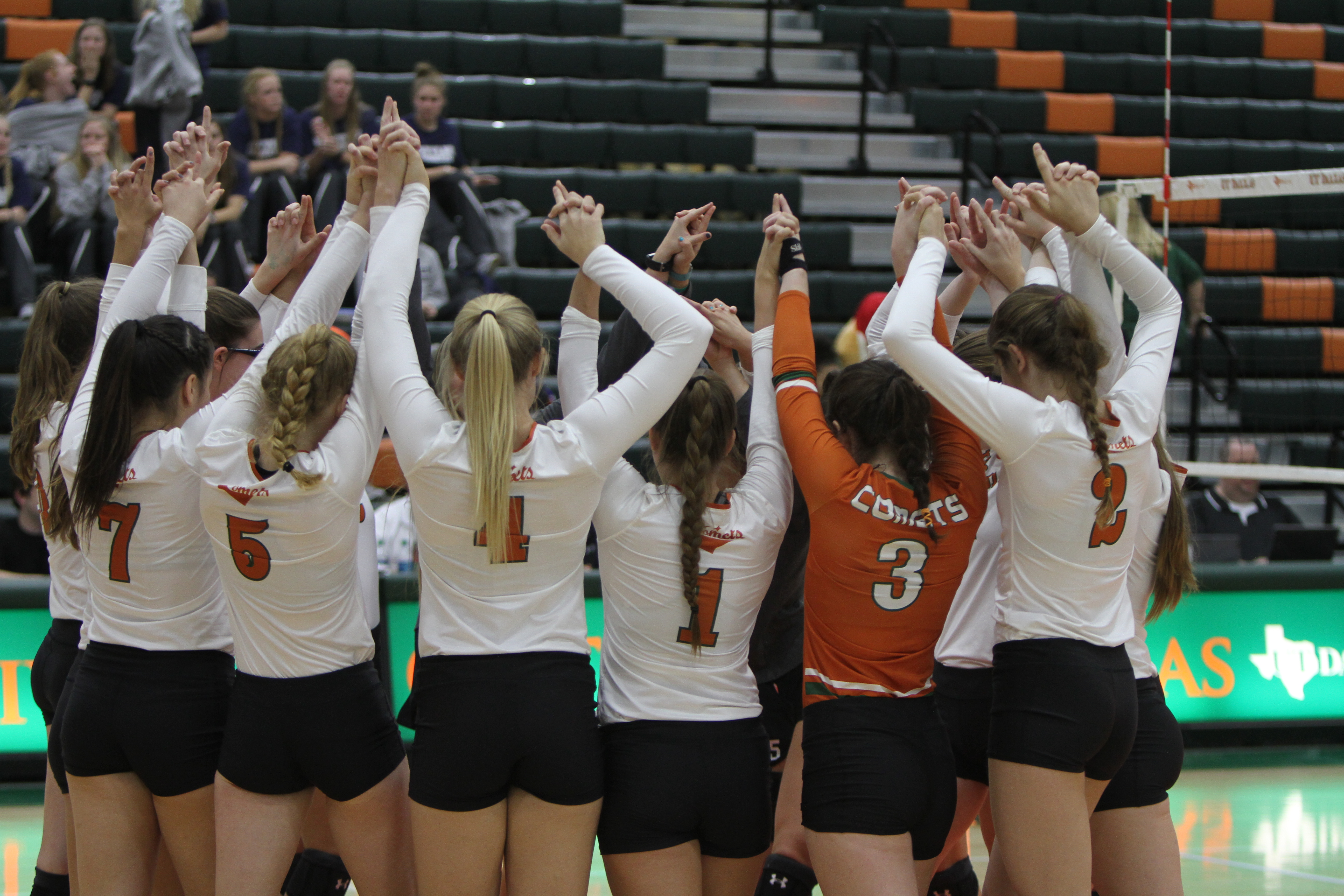 Rayborn said after the team won first last year, they wanted to start a winning streak. Now that they have, Rayborn said she believes the team will be even more motivated.

“It was really good to see the freshman this year (get) to start their careers at UTD with a conference win, so it sort of set a bar really high for them,” Rayborn said. “It was also really good for our sophomores because we won conference last year, so they’re coming back to a team that won two years in a row.”

Rayborn said she ran more efficiently than she usually does, and that is part of why she performed so well.

“It was probably one of the smartest races I’ve ever run, so I was really proud of that because normally I go out really fast and I die halfway through and then I’m barely holding on for the rest of the race,” Rayborn said.

The track was a two-lap course. Rayborn said she decided to hang back during the first lap and then make a major move, running faster in order to advance her position during the second lap. She said she used a similar tactic last year.

During the race, the weather in Round Rock was very cold and windy. The climate did not make much of a difference for Rayborn.

“It doesn’t necessarily affect my strategy, but I see it as kind of an advantage because I’m from Idaho, and it’s really cold out there,” she said.

Head coach Rayn House, who was named ASC Coach of the Year for the second consecutive year, said the team has been putting in a lot of effort leading up to the tournament.

“They set their minds to what they wanted in the summer, they worked hard as a team, they held each other accountable and this group has more heart than I’ve ever come across in any group that I’ve had in any sport that I’ve gotten to coach,” House said.

House said the hard work paid off and she has a lot of praise to give the team. House started coaching women’s cross-country last year, and now the team won the ASC conference championship two years in a row.

“I think I’m more proud of this group than maybe any other group I’ve ever had, just because I don’t know that anybody really expected this to happen in the way that it happened,” House said.

This is Rayborn’s last year on the cross-country team, and she has broken her 5k and 6k personal records this year. Despite taking first place at the conference tournament, she said she had a new goal.

After her win, she set her eyes set on regionals, which took place in Newport News, Virginia on Nov. 11. She placed 14th qualifying her for the NCAA Division III tournament, the first UTD student to do so.

The Comets finished the regular season with a 21-9 record, including 13-3 against other ASC teams. Their in-conference record was enough to capture the ASC East title, which comes with the right to host the ASC tournament.

During their regular season, head coach Marci Allison had to contend with the loss of junior setter Fayna Zeng and sophomore outside hitter Dylan Brinkman.

“This is the hardest season I’ve ever had to coach because of injuries that were unexpected to two projected starters,” Allison said.

UTD started the tournament with a bye, then opened their play with a 3-0 sweep of Concordia Texas on Nov. 2. They moved on to play Mary Hardin-Baylor on Nov. 3, where the Comets swept the sets again, advancing to the title match.

The championship game on Nov. 4 was a rematch against Mary Hardin-Baylor, who won the loser’s bracket. The two teams traded sets, moving on to a tie-breaker fifth set, but the Crusaders came out on top 3-2. The tournament is double-elimination, meaning the two teams faced off again in another match later the same day.

Coming into the second game after the loss, Allison changed the lineup around after speaking to the team captains.

“They’ve trusted me all season and the changes that we made paid off at the end of that set,” she said.

In the second game, two hours after the first finished, the Comets took all three sets against the Crusaders once again to win the championship. Senior middle blocker Emma Wallbrown said during back-to-back games, the team feels the exhaustion most between the matches.

“Once you get going and in the game, it’s pretty easy to just forget about how tired you are and you just have fun,” she said.

Wallbrown was named Tournament MVP for her performance, which included 48 kills in four games.

“Emma Wallbrown wasn’t a captain coming into this year and she earned the right to be a captain, and she’s only 5’9” competing against those six footers out there against UMHB,” Allison said. “It’s not about the size of the dog, it’s about the size of fight in the dog, and this is one that deserves this more than anybody else.”

After the tournament, the team headed to Georgetown, Texas to play on Nov. 11 in the first round of the NCAA tournament, where they were eliminated 3-1 against No. 6-ranked Claremont Mudd-Scripps.

The team had a lot of growing and learning to do this season to make it as far as they did, Wallbrown said.

The women’s soccer season came to a close on Nov. 3 after a 2-1 loss to Mary-Hardin Baylor at the American Southwest Conference tournament semi-finals.

After defeating Sul Ross State in the first round of the ASC tournament, the team took a road trip to Belton, Texas to take on Mary-Hardin Baylor in the second round. The Comets advanced to the semi-finals for the fourth time under head coach Kanute Drugan. This was the most successful season since Drugan took over in 2014, as the team recorded 16 wins and 4 losses.

The defense gave up an early goal in the ninth minute of play to fall behind 1-0 to the Crusaders and found themselves playing catch up throughout the rest of the first half. They were only able to put up four shots in the first 45 minutes and looked to turn it around in the second half of play. The score stayed the same until after 51 minutes when freshman midfielder Keely Fillman scored off a pass from junior midfielder Jessica Rusk.

“Overall, we possessed more and controlled most of the game,” Fillman said. “I took a shot to chip (the goalie) and she wasn’t able to recover fast enough.”

UTD eventually fought back and leveled the match 1-1 for two minutes before the Crusaders scored in the 53rd minute and held their lead until the final whistle. The Crusaders went on to win the match and hand the Comet’s their fourth loss of the 2017 season.

The team had various opportunities to take control of the game in the second half, primarily through their 11 shots, five of which were saved. Despite allowing two goals, junior goalkeeper Monica Dallacasa’s saves allowed the Comets to continue to make an offensive push in order to tie the game.

“In goalkeeping, the most important factor is making a decision,” Dallacasa said. “It is important to remember that mistakes are part of the game and you just have to learn from them.”

Though the Comets’ season ended earlier than expected, seven members, including Fillman, made various all-ASC teams. All seven of these members will be returning to the team next fall.

“It is just up to us to take this knowledge and experience and put it together for the final puzzle,” Dallacasa said. “Commitment from everyone, which we have, will definitely help us make the final push.”

The men’s soccer team was eliminated from the ASC tournament on Nov. 4 after a 1-0 loss to UT Tyler.

UTD won the ASC title in both 2015 and 2016, and were picked as preseason favorites in the annual ASC poll. After defeating Hardin-Simmons in the first round, the Comets traveled to Belton, Texas where they played the UT Tyler Patriots in the second round. Head coach Jason Hirsch prepared his players for their test against the Patriots.

“UT Tyler had one of the best defenses in the conference this season,” Hirsch said. “Overall we played well and were fortunate.”

The Patriots were able to record seven shots, compared to the four shots by the Comets. The Patriots also added to their chances by drawing three corner kicks, while the Comets didn’t have a single attempt. Kasden Williams, a junior midfielder and defender, said he knew the Comets missed a lot of scoring opportunities, not only in this game, but throughout the entire season.

“We would create great chances to score, but didn’t put a lot of them away,” Williams said. “This is huge because if you can’t put away your chances, you can’t win big games.”

The Comets came out in the second half and attempted three total shots, forcing the Patriots to save three balls. They were also able to draw four fouls and maintain possession, in an attempt to tie the game up. The match finished with the Patriots winning 1-0, ending the Comets’ hopes of qualifying for the ASC finals.

Despite the fact that the season ended earlier than the team wanted, Coach Hirsch still has the opportunity to work with 37 of the 44 players that are still on the team. These freshmen, sophomores and juniors have had experiences to learn from this past year.

“We had a lot of good young players step up and win spots on our team this fall,” Hirsch said. “They have a really good shot at becoming ASC champions again next fall.” 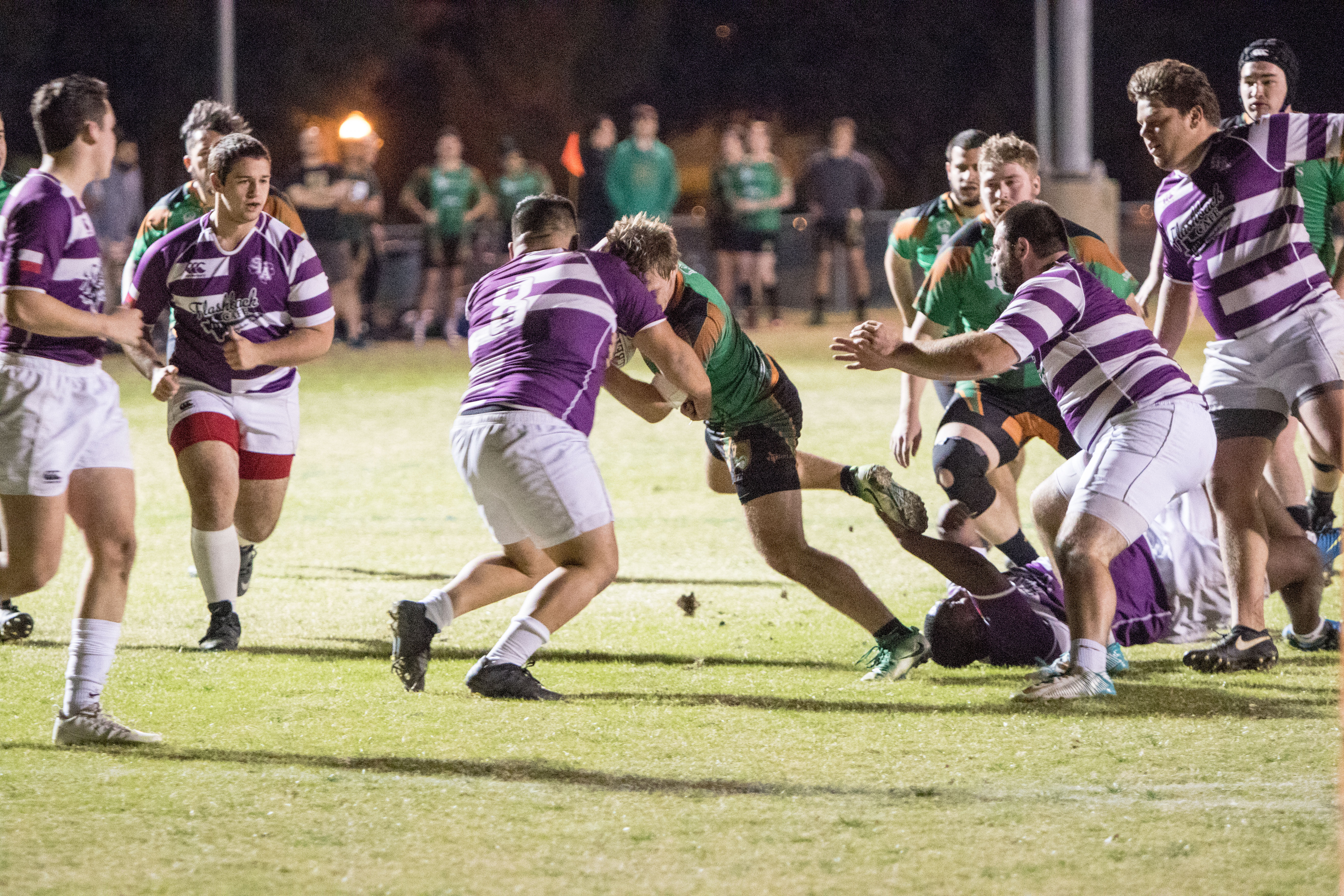